Our defenders must understand not just media technology but the critical historical and societal contexts that give it power.

The United States has nearly a perfect track record in predicting the nature of the next conflict we will fight: always wrong. That military adage has unfortunately held true in the current conflict being fought in the information domain. The indictment of thirteen Russians by Special Counsel Robert Mueller is just the most recent demonstration that our adversaries are constantly seeking to exploit to our detriment the nature of a more digitized, networked world. In an era where information has never been more plentiful, our adversaries understand that it has also never been more vulnerable to manipulation.

For much of modern history, we have fought wars of iron and silicon in which the outcome hinged on industrial production and the power of the computer chip. Today we confront a new type of conflict: the war of narrative. In this war, cleverly marshalled facts and information—or falsehoods and misinformation—are equally powerful as smart bombs and missiles, and they can be deployed, manipulated, and twisted with far greater ease.

For Russian President Vladimir Putin, the main goal is steady degradation of U.S. electoral processes and the tenor of our politics. Whether a specific candidate wins is less important than sowing doubt about the legitimacy of our elections in the minds of both the American people and those overseas who look to American democracy as a model. The Russian campaign includes not only efforts to hack voting machines and electoral rolls, but also the seeding of divisive issues through social media. To counter this insidious campaign, we must understand the underlying motives and methods of our adversary.

In Putin’s Russia, the truth threatens the regime, and, therefore, in a perversion of Winston Churchill’s aphorism, it is obscured at all times by a host of lies. Drawing on his experience as a KGB operative, Putin understands intuitively the power of propaganda, deceit, and false narratives. Misinformation protects his cadre of oligarchs at home, and Putin uses it to delegitimize Western democracies from within. It shrouds the action of “little green men” in Crimea and mercenaries in Syria. Even sport warrants manipulation in Putin’s world, as attempts to glorify Russian athletics at the expense of competitors led to the largest state-sponsored doping scheme in history at the 2014 Sochi Olympics.

The Chinese government also seeks to advance and control its own narrative, albeit more subtly. Domestically the Communist Party exerts extraordinary control over media and the internet, and insists that global social media and technology companies play by its skewed rules to gain access to the lucrative Chinese market. Internationally, China leverages human and cyber intelligence to steal industrial secrets and intellectual property from Western corporations. At home and abroad, China does not hesitate to use its market power to punish other nations and limit academic freedom. In this way the Communist Party both protects is own cult of personality at home, while manipulating free markets and the Chinese diaspora abroad to its advantage.

The Russian and Chinese governments’ success in manipulating information and hiding the truth has not been lost on other would-be despots around the world. Even our NATO allies are not immune. Illiberal nationalists like Hungarian Leader Viktor Orban have retreated from democratic norms established after the fall of the Iron Curtain. Under President Recep Tayyip Erdogan, Turkey has jailed more journalists than any other country in the world. Indeed, outlawing the truth is the first refuge of an autocrat.

During and after the Cold War, U.S. leaders understood that America’s free press and freedom of expression offered a narrative more powerful than any army or fleet. That is the essential idea behind U.S.-government-funded media outlets such as Radio Free Europe, Radio Liberty and Voice of America. But in a digitized and interconnected world in which information is increasingly being weaponized, shortcomings in our political system are also creating vulnerabilities that adversaries are intent on exploiting.

Given the First Amendment’s protections and the norms of a free and open society, our leaders and lawmakers in Washington, D.C., are often uncomfortable with fully engaging in the information wars being waged by the likes of Russia and China. The time for such reticence has passed.

Fortunately, throughout history America has adapted and overcome whatever challenges we face as a nation. Therefore, our organs of military, intelligence, and diplomacy must willingly engage in conflicts of narrative, ones in which we aggressively wield facts and the truth to counter the lies and deceptions of our adversaries. In both the government and the private sector, we must also better train and support a highly educated cadre of cyber operatives who understand not only the technical dimensions of modern information warfare, but also the critical historical and societal context that lends such power to the American narrative.

Finally, in terms of our politics, partisan polarization and our increasingly tribal politics have created deep divisions in the electorate that enemies have targeted. U.S. politicians must thus understand that our increasingly crude and divisive politics—and the dark passions they purposely inflame—are abetting enemies who seek to turn us against each other, and thus delegitimize our democracy. Our leaders must tame those passions with respectful and civil dialogue that seeks a unifying common ground. No longer is this necessary for political comity alone; now, it is a matter of national security. 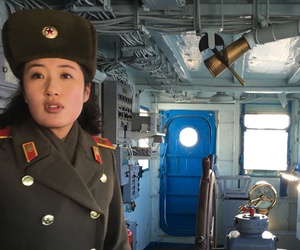 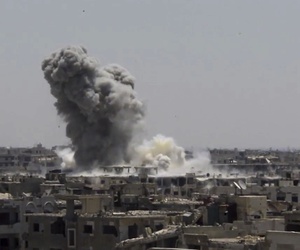 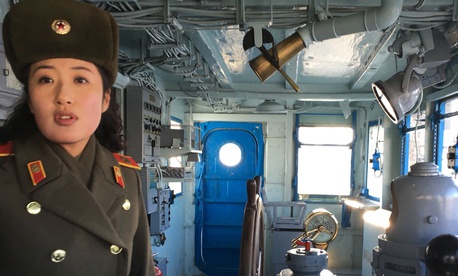 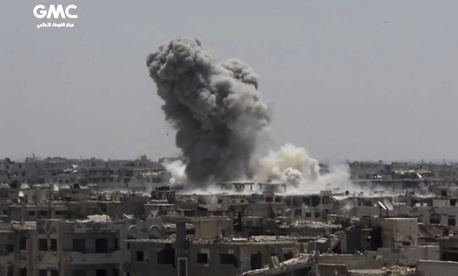