How Ethical Hacking Can Make DOD’s Weapon Systems More Secure
Skip to Content
Get all our news and commentary in your inbox at 6 a.m. ET.
Ideas
The Strike May Have Hurt More than It Helped

Far from instilling fear in Assad, it may merely have created a short-term munitions shortage. 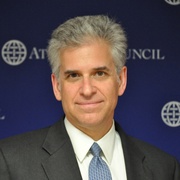 The stated objective of last night’s attacks was to deter future use of chemical weapons by the Assad regime. Now that the extent and nature of the strikes are much clearer, my assessment is that they will not achieve their stated purpose.

In fact, since Assad and others were led to believe that this would be a much bigger and more consequential attack than it was, especially by President Trump’s own rhetoric, the very conscribed nature of the actual strikes might actually embolden the Syrian leader to use his remaining chemical weapons more frequently and with less restraint.

Here’s why: The essence of deterrence is to threaten something of such value that the adversary will not want to incur the costs. Inherent in effective deterrence is instilling fear and uncertainty in the mind of the adversary — fear that they would suffer unacceptable consequences for taking an action, and uncertainty about the exact parameters of the next retaliatory attack.

The strikes as conducted last night instill no fear nor uncertainty on the part of the Syrian regime. Look at all of the instances of their use of chemical weapons over the last few years, and look at the very limited target set of the U.S.-led attack. The strikes didn’t hit any of the Syrian Air Force units that drop chemical weapons routinely. Nor did they target intelligence capabilities, logistics sites, or other enablers of Syrian military chemical weapons efforts.

And the strikes certainly didn’t even come close to making Assad fear that anything of real value to him or the regime would be threatened if he used chemical weapons again. The strikes only hit chemical research and production facilities. Thus, this attack looks much more like it was meant only to degrade Syrian chemical weapons themselves.

In short, Assad should have nothing to fear from using chemical weapons again. The only real costs to him of such strikes might be a smaller short-term supply of the weapons.

NEXT STORY: Two Decades of War Have Eroded the Morale of America’s Troops