The Dead Metaphors of National Security

To grapple with today’s complex security environment, we must first think about it realistically. Our terminology — not our technology — is key.

When the U.S. national security community thinks about language, often the first things—not surprisingly—that come to mind are foreign languages. Much less often it thinks about its own language (for example, its habitually sloppy use of terms such as “strategic” and “complexity.”) Rarer yet is any deeper consideration of its common metaphors, those linguistic devices that can illuminate one thing by framing it in terms of another.

Consider a few examples: the Iron Curtain, the Cold War, containment, nation-building, and the War on Drugs. Even this short list demonstrates what a central and powerful role metaphors play in the national security discourse. Indeed, many are now so widely accepted and used that they are no longer even recognized as metaphors. These “dead metaphors” are often so deeply ingrained (like the term “ingrained” here) that they tend to rise above scrutiny. Moreover—and worse—they too easily get repurposed and misapplied to new and fundamentally different issues.

This would not matter if metaphors were “just” figures of speech or “merely” issues of semantics—a status to which they are often mistakenly relegated. But they are not. To the contrary, metaphors are key to our thinking in that they are nothing less than linguistic manifestations of mental models. That is to say, they reflect, reinforce and shape our thinking—whether we realize it or not. So, if we employ a bad metaphor, it means we have a bad mental model. Potentially then—and perhaps even likely—we set ourselves up for misunderstanding, confusion and surprise. (Arab Spring anyone?)

With that in mind we need to take a deeper look at the metaphors that have long dominated our discourse: inertia, momentum, tension, leverage, stability, trajectory, center of gravity, friction, etc. All of these terms are borrowed from Newtonian mechanics. They arguably made for useful metaphors when narrowly applied to the behavioral dynamics of the USSR (closed, clear-edged, hierarchical, top-down) or Cold War (a largely two-body problem), both of which tended to behave according to the rules of Newtonian mechanics. That is to say: linearly and predictably.

However, by 1992, the Soviet Union had collapsed, China had begun to rapidly open up, and—perhaps most importantly—the internet had taken off. The national security landscape of the United States became less discrete and much more networked, meaning that the behavioral dynamics of its features became much less mechanistic. This new security environment was accompanied by all the behavioral unpredictability associated with living beings rather than the predictability of machines. Consequently, it demanded new, more organic metaphors and models—drawing, for example, from the life and environmental sciences—in order to effectively accommodate the increased uncertainty associated with living things.

Unfortunately, our continued use of legacy metaphors, especially when applied to the broader strategic environment, has just reinforced our old and now unrealistic mindsets and expectations. In particular, those Newtonian metaphors are fortifying our assumptions and expectations that today’s security environment will demonstrate the same attractive, linear attributes—reducibility; clear cause and effect; repeatability; and proportionality of input/output—that characterized the Cold War environment and gave it a comforting manageability and predictability. In turn, it is no wonder that we are so readily perplexed by this new, much less manageable or predictable security environment, characterized by emergent behaviors quite different from those of the previous era.

If we are ever to think realistically about—never mind successfully deal with—the behavioral dynamics of this new environment, we will need to start characterizing that environment more accurately. We will need to use metaphors drawn from more organic disciplines such as meteorology, biology, and epidemiology.

Interestingly, there was a scholarly discussion about this issue (some of it hyperlinked above) just beginning to take off in the aftermath of the Cold War. Unfortunately, 9/11 relegated it, and so many other important discussions, to the same warehouse as Indiana Jones’s lost ark. It is long past time that we pull the discussion out and finally give it its appropriate due.

This might not be quite as hard as it sounds. Possibly due to some growing implicit awareness that today’s highly interconnected security dynamics do, in fact, behave quite differently, there are glimmers of such organic metaphors (e.g., viral ideas, policy side-effects and economic contagion) beginning to appear in the national security discourse. Though certainly a positive development, such organic metaphors unfortunately still appear to be much rarer than the mechanistic ones, which seemingly remain the default.

That said, we should not kid ourselves that this will be easy. Discussion of this topic in countless analytic training courses that I’ve conducted suggests that intelligence officers, even when they understand and accept the need for new metaphors, will often seek a distinct replacement term that can just be swapped out for an old metaphor. But it’s not that simple. Since it is not just a matter of terms—but also concepts—it is almost always necessary to think more deliberately and then change the larger text so it accurately portrays the concept in question. Moreover, it is common for editors and other reviewers, when encountering these new metaphors, to see them as awkward and to try to change them back to older, more familiar—but less suitable—terms.

Developing and using truly appropriate metaphors can and will be challenging. It takes real attention to what is too often automatic. It is important to consider if a metaphor—no matter how commonly employed or normal it sounds—truly reflects our understanding of the issue to which it is applied. If an old metaphor works for an issue—fine, use it. But familiar terminology, however comfortable must not be permitted to undermine sound thinking.

In sum, the national security community needs to constantly ask itself what it really thinks and what it is really trying to say, and then use metaphors appropriate to the case. For only by doing this will it stop allowing its traditional and comfortable language to put words in its mouth and—worse—poorly conceived thoughts in its head. 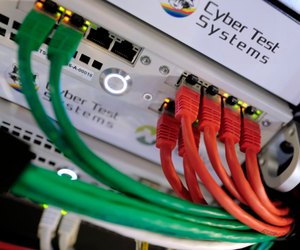 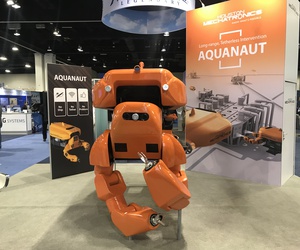 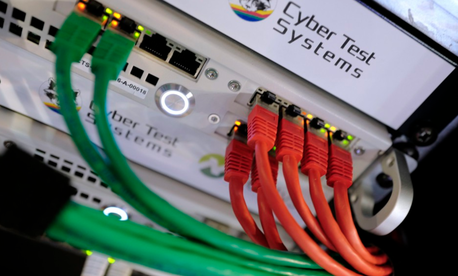 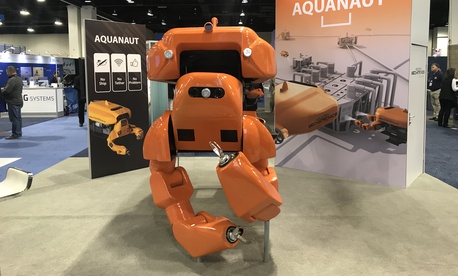