Here’s How Multi-cloud Is Driving the Future of Government Work
Skip to Content
Get all our news and commentary in your inbox at 6 a.m. ET.
Ideas
Rick Perry Should Not Be Allowed to Pick Nuclear Weapons

The Trump administration and its allies in Congress want the Energy Secretary to determine whether to develop a new class of low-yield nuclear weapons. 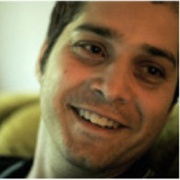 A generation ago, the House of Representatives debated a matter of huge civilizational consequence: whether building a neutron bomb would help deter conflict with the U.S.S.R. or make an apocalyptic catastrophe more likely by lowering the threshold for nuclear war.

A republic demands that the people’s representatives decide such matters. As a young House leadership page in the late 1970s, Jonathan Turley, the esteemed law professor, stood listening as passionate arguments stretched into the wee hours. “It was one of the most profound experiences of my life,” he said. “I came away with a deep respect for members on both sides who spoke honestly and directly about the consequences and the issues behind that type of weapon. I thought, this is a pretty great place where we debate whether we should do something, not just whether we could do something, and what implications it has for the world. That’s a debate that I think you should always want.”

Today a strikingly similar question arises: Should the United States develop a low-yield nuclear warhead to match a similar weapon developed by the Russians, as the Trump administration proposes to do? Would doing so lower the threshold for nuclear war, as many more experienced hands warn? Would it trigger a new arms race that ultimately sees more nuclear weapons held by more countries?

At present, Congress must decide what course to pursue. The Trump administration is constrained from developing a new, low-yield nuclear weapon without the approval of the representatives that citizens elected. So long as the decision remains with Congress, opportunities for a robust public debate will present themselves, and any American can write to their senators and representatives to influence the vote, then hold them responsible for it in future elections.

But strong efforts are underway to strip away those basic mechanisms of accountable republican government, as Senator Gary Peters warned Wednesday during a noteworthy aside in a Senate subcommittee hearing on a different matter.

"Today the Senate is starting debate on the National Defense Authorization Act for  2019. The bill that was before us includes a provision that will allow the Secretary of Energy to pursue development of a low-yield nuclear weapon without first receiving specific authorization from Congress. I voted against this provision as a member of the Armed Services Committee. It literally strikes from current law a requirement that a new, low-yield nuclear weapon be 'specifically authorized by Congress.' And it replaces it with a provision that will allow the Secretary of the Energy to decide on his own whether or not to go forward."

The provision that was struck is a limitation that Congress put in place about 15 years ago to ensure that the legislature and not the executive branch would make such a highly consequential decision. … if members of Congress think our arsenal needs a low-yield nuclear weapon then we should debate it, we should authorize it, and do it in full view of the American people as existing law requires. Instead some are trying to change the rules to allow the executive branch to make this decision without Congressional approval. I think that’s fairly clear.

If the change is made, members of Congress will unburden themselves of a controversial vote and escape accountability for the potentially grave consequences. Instead, the matter will be unilaterally decided by Secretary of Energy Rick Perry, who can draw on whatever expertise he gained as … governor of Texas.

Legislators who oppose these new nukes offer a strong argument against the conclusions of the citizen advisory board that has urged the Department of Defense to develop them:

… the Defense Science Board recommends “a more flexible nuclear enterprise that could produce, if needed, a rapid, tailored nuclear option for limited use.” We strongly believe that there is no such thing as the limited use of nuclear weapons or limited nuclear war. In fact, the Board's recommendation reminds us of an effort by the Bush Administration to build a new nuclear weapon specifically designed to destroy deeply buried enemy targets. That program, named the Robust Nuclear Earth Penetrator, or a nuclear “bunker buster,” was halted by the leadership of former Republican Congressman David Hobson in 2005.

We also fundamentally disagree with the Board's belief in the utility of limited nuclear use. There is no such thing as a limited nuclear war, and the United States should be seeking to raise the threshold for nuclear use, not blur that threshold by building additional so-called low-yield weapons. We strongly agree with Deputy Secretary Work's testimony last year when he stated: “anyone who thinks they can control escalation through the use of nuclear weapons is literally playing with fire. Escalation is escalation, and nuclear use would be the ultimate escalation.”

Additionally, as you know, U.S. nuclear capabilities are already highly credible, flexible, and lethal. The arsenal includes lower-yield weapons that can produce more “limited” effects, including the B61 gravity bomb, which is being modernized at an estimated cost of as much as $10 billion.

If congressional Republicans think otherwise, they should debate the matter before the public and put a vote behind their rhetoric, rather than sidestepping the merits, shirking accountability, and ceding what ought to be a legislative decision to a member of the executive branch. Using the appropriations process to sneakily decide a matter of this consequence is a dereliction of duty unworthy of the Framers. Yet this fight is already lost in the House.

The Union of Concerned Scientists put it this way in an update to their members:

… the full House passed its version of the NDAA on May 24th, in the process rejecting—in a surprisingly close and but mostly partisan vote—an amendment sponsored by Rep. John Garamendi (D-CA) and Rep. Earl Blumenauer (D-OR) that proposed fencing half of the funding for the low-yield warhead. This funding would have been held until the secretary of defense submitted a report to Congress assessing: the effect of the new warhead on strategic stability, ways to reduce the risk of miscalculation associated with it, and how to preserve the survivability of subs that would carry it, should it ever be launched.

The House rejected it by a vote of 226 to 188, largely along party lines, with seven Democrats voting against the amendment and five Republicans voting for it.

Now the Senate is all that stands in the way of letting Rick Perry decide whether or not to fundamentally change the geopolitical balance of nuclear weapons.

Outcome aside, how can anyone defend that process?

NEXT STORY: Drone Strikes Expand, Hustling the US Down a Risky Path