The 39th and final B-52G Stratofortress, tail number 58-0224, accountable under the New START Treaty (Strategic Arms Reduction Treaty) with Russia, is shown at the boneyard at Davis-Monthan Air Force Base, Arizona.

With Moscow’s recent behavior, there’s no need to rush on a treaty that still has nearly three years to run.

“Our most serious mistake in relations with the West is that we trusted you too much,” Russian President Vladimir Putin said last year. It’s an odd lesson to have drawn in the wake of the good-faith but failed U.S. effort at “reset” with Russia, promised “flexibility” on missile defense plans, and the bilateral New START arms control treaty under which only the United States had to reduce its nuclear warheads. Russia broke the trust engendered by these efforts, and chose instead the paths of deception and aggression.

With the Trump-Putin summit in Finland quickly approaching, commentators are urging President Trump to ease tensions, to build trust with the Russian bear. But it is clear that Putin believes Russia has itself been burned, and that the only real “trust” in the Russian government is the loyalty shown to Putin himself.

Before you can trust anyone, you must first respect them. Even a cursory overview of recent Russian actions shows that Moscow does not respect the United States, the NATO alliance, or international norms. In just the past year, Russia has used chemical weapons in the U.K., defended the notorious chemical weapon-user President Bashar al-Assad in Syria, violated multiple arms control treaties, and interfered in European elections.

Related: A No-Cost, No-Brainer of a Nuclear Deal

These are not the actions of someone who is simply misinformed or lacks trust. Yet some commentators believe that it is because of these dangerous policy differences that President Trump should propose extending the New START nuclear arms control treaty to President Putin.

The New START Treaty, which the U.S. and Russia signed in 2010, capped the number of strategic nuclear weapons each side could deploy. The Treaty’s limits will expire in February 2021, but can be extended, if both sides agree, by five years.

Proponents of extending the Treaty generally argue that both the United States and Russia benefit from the insights gained by inspections of their rival’s nuclear forces and the stability of knowing that those forces are capped in number. This predictability, so the theory goes, would provide “the room to take broader and more productive action” in other areas of the relationship to reduce tensions.

These arguments contain some merit. A somewhat bounded Russian arsenal allows the United States to plan its own forces for the near future. The questions facing the Trump administration, however, are: why now and at what cost?

An agreement to extend New START is an executive-level function, which does not need to pass the U.S. Congress or the Russian Duma, and so could theoretically be completed in a matter of days, not months or years. Thus there is no real benefit to preemptively extending the New START Treaty before 2021 when the United States has no idea whether Russia will remain in compliance until then, or commit even more breaches of other arms control treaties in the near future.

The United States is currently responding to Russian violations of the Intermediate Range Nuclear Forces Treaty, among others, and its seems appropriate that part of this general U.S. response should include not agreeing to new treaties, or extending current ones, until Russia comes back into compliance. This would give the United States the benefit of finding out just how committed the Russians are to “strategic stability” and nuclear risk reduction. If Putin truly values insight into the U.S. nuclear arsenal, then he will come into compliance with all nuclear arms treaties.

If, however, Putin is simply using the New START Treaty to hold the U.S. nuclear arsenal down while he builds and deploys more nuclear weapons that lie outside the Treaty’s limits, then it will quickly become apparent.

As the most transparent nuclear power, by far, the United States provides plenty of open-source data for the world to see about the future of its nuclear arsenal. It also complies with its treaty obligations, Russian disinformation and crocodile tears notwithstanding. In the end, it is Russian deception and aggression that is leading to an increase in the risk for nuclear war, not the United States.

Prudence therefore dictates waiting until February 2021 to see whether the extension of the New START Treaty remains in the U.S. national interest. Incidentally, that date is one month after President Trump or his successor is sworn into office, perhaps with different arms control policies. Such a monumental decision should be decided by the U.S. administration that will have to live with its effects the longest.

Which leads to the second question about extending New START: at what cost? Arms control treaties can help reduce the number of nuclear weapons, the costs to maintain them, and the possible damage of a nuclear war. But is it really true, as some proponents of extending the New START Treaty believe, that it reduces “the risk of nuclear warfare?”

Like all good social science questions, the answer is “yes” and “no.” “No” because the risk of nuclear warfare is a political question with political origins. A statesman makes a political calculation of how at risk he or she feels. “Yes” because a treaty is a manifestation of that feeling of risk, a snapshot in time. Treaties in and of themselves do not reduce risk, political leaders who sign the treaties decide what the risk of nuclear war is or is not, depending on the circumstances. This becomes obvious in light of Russia’s increased use of nuclear threats in the past few years, despite signing the New START Treaty in 2010. A treaty can certainly inform a political leader’s perception of risk, but it is only one of many factors.

This is not to say that President Trump should not pursue risk reduction measures when he meets with President Putin, he should. But extending the New START Treaty now is unnecessary, would reduce future bargaining leverage, and sends a signal of accommodation to President Putin – the opposite of what he needs.

Instead of a futile quest to restore President Putin’s lost trust in the West, President Trump and his team should concentrate on restoring a Russian attitude of respect for the United States and the NATO alliance. And what does Russia respect? According to then-NATO Military Chair Gen.Petr Pavel, “Russia respects power.” The United States can play a unique role in this regard by reaffirming NATO’s collective defense Article V, beginning joint missile defense projects in Europe, realistically exercise with allies repelling a Russian conventional and nuclear attack on NATO, and boost U.S. armored presence in Europe.

Above all, President Trump should convey in his meeting with President Putin that the United States does not treat nuclear and chemical weapon threats lightly – adding for effect, “Trust me.” 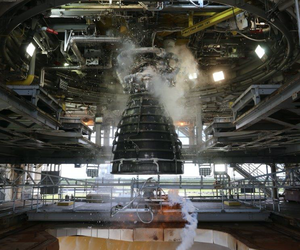 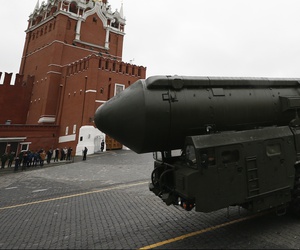 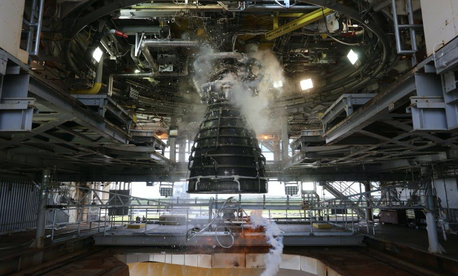 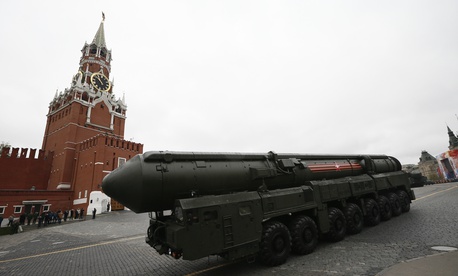