Where past administrations have treated resettlement caps as a goal, Pompeo has set strict limits. 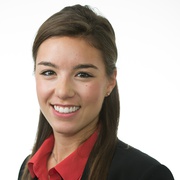 More than 25 million refugees around the world have had to flee their origin country due to war, famine, or persecution. Many will spend years in refugee camps, while others—those who can never return home—are placed elsewhere. For millions of refugees, their ultimate destination has been the United States, which has historically been committed to the resettlement of the world’s most vulnerable people. But not anymore.

Secretary of State Mike Pompeo announced on Monday that the country will admit, at most, 30,000 refugees in fiscal year 2019, down from 45,000 this year. It will be the lowest refugee cap since the passage of the Refugee Act of 1980. “The improved refugee policy of this administration serves the national interest of the United States, and helps those in need all around the world,” Pompeo said in a statement.

The figure is a significant setback for the United States: By sharply reducing admissions, the country is not only diverging from long-standing policy on refugees, but also relinquishing its leadership role in resettlement. Just within the past few years, the country well outpaced others in admitting thousands of refugees. The Obama administration set the refugee cap for fiscal year 2015 at 70,000; by 2016, the number was 85,000. And those numbers didn’t just represent lofty estimations: The Obama administration came close to achieving both caps, admitting 69,000 people in 2015 and nearly 85,000 in 2016.

Indeed, “cap” is something of a misnomer: Administrations have typically viewed the number as a goal, and have actively tried to reach it. This fiscal year has been different in that regard. While the Trump administration set the 2018 ceiling at 45,000, only around 20,000 refugees were admitted as of August 31, a month before the fiscal year ends in October. Changes to and slowdowns in the vetting process reportedly account for the low number of admissions. If that continues, and there’s little expectation that it won’t, the administration could be on track to admit far fewer refugees than its new ceiling of 30,000—raising alarm within the top ranks of refugee-resettlement agencies.

“This repeated reduction in the number of refugees allowed into the U.S. is incredibly troubling,” said World Relief CEO Tim Breene in a statement. “Not only is it a continuation of a series of unprecedented attacks on our American values and on the humanitarian nature of the refugee resettlement program, but it falls far short of helping the large number [of] vulnerable people around the world.”

Melanie Nezer, the senior vice president of public affairs at the resettlement agency HIAS, concurred: “This is a totally inappropriate and shameful number given the number of refugees in the world and the U.S. historic leadership in resettling refugees,” she told me. As I reported earlier this month, organizations like Nezer’s have had to compensate for the low numbers of refugees by cutting employees and closing offices, which will make resettlement more difficult if and when future administrations raise the cap again.

Since the passage of the Refugee Act of 1980, the last time the United States admitted fewer than 30,000 refugees was after the 9/11 attacks, according to data from the Refugee Processing Center. The refugee ceiling, which is determined each year, has fluctuated over time depending on global events, but it’s always been relatively high. From 1990 to 1995, for example, the U.S. admitted an average of around 112,000 refugees, many of whom came from the former Soviet Union, according to the Pew Research Center. While the U.S. hasn’t admitted more than 100,000 refugees in any fiscal year since, figures have generally trended upward year by year.

The Trump administration’s decision to slash the number of refugee admissions may not come as a surprise given its commitment to cracking down on immigration, but it takes aim at a population of people that has largely had bipartisan support. The administration has tried to deter immigrants from coming to the U.S. illegally and to restrict the flow of immigrants through legal avenues. Unique to this situation is the hit the country’s humanitarian efforts will take.

Pompeo argued on Monday that the “proposed refugee ceiling should be considered in the context of the many other forms of protection and assistance offered by the United States.” He added: “The refugee number should not be viewed in isolation of other expansive humanitarian programs.” Even so, a refugee cap of 30,000 marks a drastic shift for the United States—from a country historically receptive to refugees to one seemingly intent on cutting them out.

NEXT STORY: Cognitive Science Helps Explain How We Blunder Into War