As the White House spars with a rising China, it can look to the United States’ postwar dealings with the Soviet Union for guidance.

The president was furious. A member of his own cabinet had just blatantly contradicted him by giving a speech in which he argued that the U.S. should compromise, cooperate, and coexist peacefully with the world’s ascendant superpower.

“Getting tough” doesn’t work in the long run “for schoolyard bullies or businessmen or world powers,” the renegade official had noted, proposing that the two countries divvy up regional spheres of influence and engage in a mutually enriching battle of ideas while ensuring “open” global trade. Soon enough the president was mocking his subordinate as a low-intelligence individual, a “leftist,” a “dreamer,” a “pacifist 100%.” Within days he forced the official out of his administration, adding to the high turnover in his cabinet. “The reaction” to the firing “is terrific,” the president boasted. “The stock market went up twenty points!”

That president was not Donald Trump, but Harry Truman, and rather than facing off against a rising China, the United States was looking towards a superpower challenge from the Soviet Union.

Yet as President Trump prepares for dinner with his Chinese counterpart Xi Jinping at a G20 summit in Buenos Aires, the events of 1946 are nevertheless instructive for thinking about Washington’s confrontation with Beijing. The back-and-forth, set out in Truman’s private notes and letters and the public remarks of Commerce Secretary Henry Wallace, represents a fleeting moment in the years immediately after World War II when American officials were casting about for answers on how to define the problem posed by the United States’ rising wartime ally and how to solve it.

Wallace’s offending speech was one of the last efforts to articulate a conciliatory alternative to hardline containment of the Soviet Union. Wallace lost. The escalatory logic of the Cold War, stretching from the jungles of Vietnam to the frontiers of space, won out.

The challenge from China that the Trump administration faces today is, as the Cold War historian Melvyn Leffler points out, different in many ways than what the Truman administration encountered from Russia. The U.S. government has been grappling with how to handle China’s rise since at least the George W. Bush administration and has enlisted its regional allies in that effort. The specter of Soviet expansionism, by contrast, appeared suddenly in the wake of a war that left Europe and Northeast Asia in shambles and divided among the superpowers. Relative to the Soviet Union, China is also more economically intertwined with the United States and less emphatic about its ideological differences with the democratic, capitalist West.

But the Trump White House, like the Truman administration before it, is currently caught up in a freewheeling debate about how to assess and approach the most important bilateral relationship of the century. And the decisions it ultimately makes could have huge consequences for the United States, China, and the wider world for decades to come—ten years from now people will judge the Trump administration most for “whether or not it established a productive, positive, workable relationship with China,” Defense Secretary James Mattis Defense has asserted.

“When you magnify threats, you tend to take actions that make the adversary more insecure or encourage provocative actions by that very adversary,” Leffler, a professor at the University of Virginia, told me, in reflecting on the period before the Cold War crystallized. This, in turn, makes “you feel even more threatened and insecure.”

Trump and Xi may or may not announce some sort of temporary truce in their spiraling multibillion-dollar trade war this weekend. Either way, however, the tug-of-war on China within the U.S. government will likely persist.

A number of the president’s free trade-minded economic advisers, such as Larry Kudlow and Treasury Secretary Steven Mnuchin, have defined the administration’s grievances with Beijing narrowly in terms of unfair trade practices. They’ve characterized tariffs as a means to an end: lowering the barriers to doing business with China. But more protectionist-inclined officials, such as trade adviser Peter Navarro and U.S. Trade Representative Robert Lighthizer, have suggested that the tariffs may be an end in itself—the opening salvo in an expansive campaign to secure and revitalize the United States by undoing the ties that bind the U.S. and Chinese economies.

While the president himself also tends to describe China as primarily an economic threat, he oscillates between these two camps. Sometimes it seems like he’s hunkering down in the trenches for a prolonged economic cold war, other times like he’s prepared to call the whole thing off and resume being best friends with Xi if the two sides can strike a deal.

“I think we’re very close to doing something with China, but I don’t know that I want to do it,” Trump told reporters on Thursday before leaving for Argentina. “I’m open to making a deal. But frankly I like the deal that we have right now.”

Other White House officials have different priorities when it comes to China. National-Security Adviser John Bolton has ventured beyond the economic realm, arguing that the trade dispute is really “a question of power” because practices like intellectual-property theft enhance China’s economic clout and thus its military clout. (One of the main reasons Bolton supports withdrawingfrom a nuclear arms-control treaty with Russia is that it restricts the United States’ capacity to counter the Chinese nuclear arsenal.)

Mike Pence has gone further still. This fall in Washington, D.C., with an air of Reagan admonishing Gorbachev at the Brandenburg Gate, the vice president took issue not just with Beijing’s predatory trade policies and military adventurism in the South and East China Seas, but also with everything from its meddling in U.S. politics to its “Orwellian” surveillance state and persecution of religious minorities. Even as he called for a new, mutually beneficial relationship with China, Pence hinted darkly at a future of all-encompassing economic, political, military, and ideological competition.

China, the vice president warned, seeks to revise the “international order” at the expense of the U.S.“A country that oppresses its own people rarely stops there,” he observed. Pence then headed off to Asia, where he championed the United States’ $60-billion answer to the billions of dollars in infrastructure loans and other investments that China is doling out around the world.

This multifaceted view of the threat from China, moreover, isn’t exclusive to the Trump administration or the Republican Party. On Thursday, in a foreign-policy address, Democratic Senator and possible 2020 presidential candidate Elizabeth Warren cast China’s “combination of authoritarianism and corrupt capitalism” as “a fundamental threat to democracy” and accused Beijing of undermining American workers and the “global order.”

Among the lessons of the pre-Cold War period is that the repercussions of these policy debates endure long after the haphazard circumstances in which policymakers resolved them. The historian Robert Messer, for example, has documented serious proposals by State Department officials in 1945 and 1946 for the United States to share its atomic secrets with the Russians, support Soviet control over Eastern Europe, and collaborate with the Kremlin on establishing nonaligned “buffer regimes” in China, Germany, and Japan. The plans were all based on the assessment that the Soviet Union did not represent an existential, intractable threat to the United States.

Yet these schemes were literally filed away and forgotten. The Truman administration instead embraced a theory famously advanced by George Kennan of the U.S. mission in Moscow: that the Soviet Union was an implacable and irrational foe bent on world domination, and had to be contained wherever U.S. interests were concerned. Messer concludes that containment took root in part because it was consistent with certain Soviet actions at the time, even if it was not necessarily “the most accurate version of reality.” But he also argues that it succeeded simply because it was easy to grasp, politically appealing, and seemingly the “least imperfect” policy option available. Leffler has reached a similar conclusion. (Kennan himself later disowned his strategy as applied in places like Vietnam.)

One of the paradoxes of history is that nations often “feel great fear when they’re also very powerful,” Leffler told me, and one of its teachings is that “the combination of great fear and great power is a very dangerous brew.”

Trump administration officials, he noted, are simultaneously arguing that “we have every reason to feel tremendously threatened by China’s great economic advancement and by its growing military power” and that “we should take advantage of our present power expecting, of course, that the adversary will understand [our] fears and bow to [our] power,” even though it’s not at all clear that China is poised to capitulate to U.S. demands.

“I think the Cold War was inscribed into the geopolitical, economic, and ideological landscape” of the postwar years and “probably could not have been avoided,” Leffler said, when I asked him whether the U.S. decision to contain the Soviet Union was inevitable. “But its dimensions and its magnitude could have been very different.”

As for a contemporary cold war with China, Leffler deemed it eminently avoidable. “There are so many more reasons today for China and the United States to work out their differences,” he said. 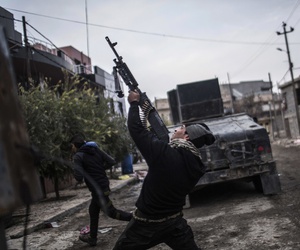 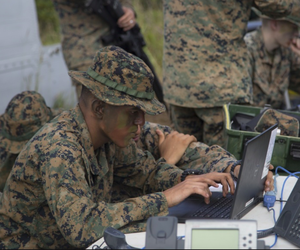 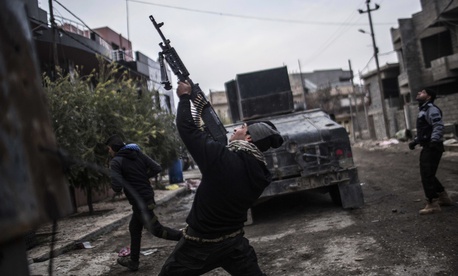 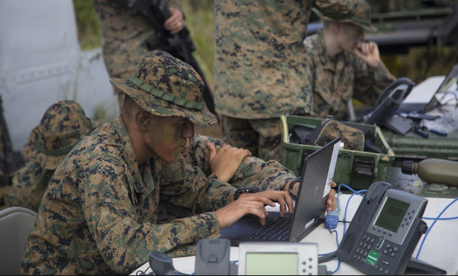