Clearance delays are hurting the aerospace industry — and national security.

Congress will get an update on the security clearance backlog this week, but if you can’t tune in, here’s the bottom line up front: the government has taken steps, there has been progress and the system is improving, but it’s not nearly enough.

There are still more than 600,000 government and industry employees waiting for security clearances from the federal government — highly skilled Americans who are sidelined because of bureaucratic red tape. Some have been waiting as long as 500 days just to go to work.

We in the aerospace and defense industry must frequently ask new employees to delay showing up for work, or do less important work, for months until their clearances are approved. The slow pace of background investigations impedes our industry’s ability to recruit the talented individuals we need to fulfill important roles, such as conducting space missions, managing cyber networks, and performing advanced manufacturing.

This problem is not merely an expensive obstacle for American businesses; it’s now a serious national security issue. Our federal government needs to move urgently to implement a streamlined, technology-enabled clearance system that will increase efficiency and reduce the backlog. We live and work in a world of serious threats to U.S. security. Every day that we don’t fix this, qualified men and women who want to serve are kept out of the fight.

Related: The Pentagon Is Overhauling the Security Clearance Process

In recent months, the Defense Department announced it would be taking over the clearance process and the Defense Security Service issued guidance allowing a number of interim measures to mitigate the existing backlog, including technology to determine which employees don’t require a full investigation to renew their security clearances.

While these are welcome steps, they are far from sufficient to fix the backlog that government and industry face. To achieve real success, Congress must carry out reforms we call the “Four Ones,” for one application, one investigation, one adjudication, and one clearance.

Similar jobs at different agencies currently use different clearance applications. The government should adopt a uniform digital application record that can be updated continuously and securely stored across agencies. Once cleared, rather than requiring multiple, repetitive background investigations during a person’s career, a more efficient method would be to use monitoring tools that look at an individual’s risk profile, habits and activities to produce a dynamic, ongoing assessment – or one investigation. Next, agree on standards. Departments and agencies can disagree over a person’s clearance suitability because of inconsistent standards, which often results in more expense and longer delays. We should develop a streamlined, standardized adjudication system that works across the government and throughout the defense industry. Finally, security clearances aren’t always transferable between departments, agencies, contractors or contracts. An employee who has held a clearance for many years with one agency may have to start the clearance process anew if he or she transfers companies or starts work on a different contract. Clearances should be recognized universally across the entire government.

Implementing these recommendations will help industry and the government get the right people into the right places, where they can unlock the innovations we need, keep our forces in the field safe, save taxpayers money, and more effectively identify insider threats.

We strongly support the Modernizing the Trusted Workforce for the 21st Century Act of 2018, sponsored by Sen. Mark Warner, D-Va., and urge Congress to pass it prior to adjournment of this Congress. The Act takes strong steps toward implementing the “Four Ones” reforms outlined above, reducing the backlog, and modernizing and streamlining the process going forward. We welcome Senator Warner’s leadership on this critical issue.

The U.S. aerospace and defense industry is one of the economic engines of America, employing 2.4 million American workers and generating billions of dollars in our communities. Every day we compete with Silicon Valley and other STEM-focused industries to recruit the best talent. Fixing the security clearance bottleneck will ensure these companies can continue to attract top talent to help keep this nation safe. 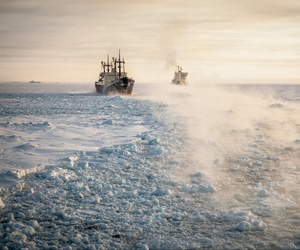 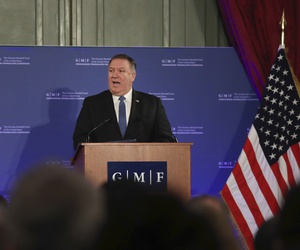 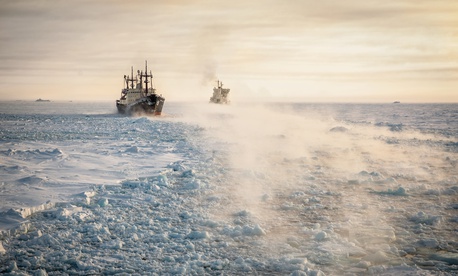 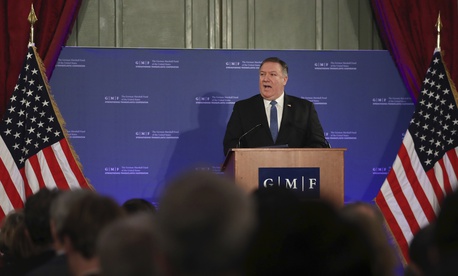