A Visa Services gazebo stands outside as the first group of Visa applicants to go into the new United States Embassy building in London, wait in line outside, Tuesday, Jan. 16, 2018.

Too little is known about the visa and immigration center, including the extent of its authority and whether adding a bureaucratic layer will cause more problems than it solves.

During the 2016 campaign, candidate Trump repeatedly promised “extreme vetting” to prevent dangerous people from coming to the United States. This week, as the new National Vetting Center begins limited operations, America is getting a first glimpse at what “extreme vetting” will look like in practice. The jury is out on whether it will actually make America any safer.

The Center was established in February by National Security Presidential Memorandum-9, set up under an implementation plan approved in August (here’s a redacted version posted Dec. 12), and quietly began operating this week. DHS officials say it will improve the security of our travel, immigration, and trade infrastructure. Its early operations will focus on streamlining the vetting of travelers eligible for the Visa Waiver Program—primarily from Europe—but the Center will soon expand operations in ways that are not clear to the American public.

Without oversight and clear limits, the new NVC could become a large and costly government bureaucracy that further erodes privacy, increases government surveillance on innocent people, and expands the secrecy surrounding how the U.S. government makes decisions and grants benefits. It could also become a tool to screen and vet American citizens, which raises serious civil liberties concerns.

For decades, the United States has screened and vetted those who wish to enter the country or apply to come as visitors. Yet the complex, ad hoc, and sometimes inefficient systems the government uses to screen and vet individuals with terrorist ties—such as the Terrorist Screening Database managed by the FBI—generally work, they aren’t scalable to other threats or threat actors. Without changes, these systems would continue to identify terrorist ties, but would not be calibrated to flag other types of threat actors, such as foreign spies or those involved in transnational organized crime. Expanding the U.S. government’s ability to close these gaps is a worthwhile goal.

Furthermore, the NVC is being launched by a president who sees all flows of people to the United States as a potential threat. Trump has attempted an ill-advised and hyperbolic crackdown on lawful immigration, tried to ban people from Muslim-majority countries from entering the United States, drastically reduced the number of refugees admitted by the United States, and even sent the U.S. military to the border with Mexico as a political stunt. All of these actions should give us pause as to the true purpose of the NVC. As the NVC begins its work, Americans needs answers.

First, we need to know whether the NVC’s authority extends to accessing or compiling information about U.S. persons. NSPM-9 is silent on this point, repeatedly referring to “individuals” not otherwise defined. If the Trump administration intends the Center to collect information about Americans, that would represent an unprecedented expansion of DHS’s mission. Will vast government databases be queried and results assembled into a personal dossier every time an American hops on a flight home for the holidays? DHS should explain whether it believes it can collect data on U.S. persons and for what purposes.

Second, questions about privacy and redress must be answered. What intelligence and law enforcement data will DHS have access to? A vetting center with authority to access and correlate all national security “and other information” about anyone—including U.S. persons—represents a grave risk to privacy and could create intrusive personal profiles that could include biographic, biometric, health, travel, and other information. Equally concerning, as DHS correlates an unprecedented volume of data to identify possible threat actors, some rate of error is inevitable. There will be false positives. There will be mistaken identities. Innocent people may be denied entry to the United States or refused other benefits based on flawed information. DHS needs to explain how people will be able to gain visibility into the data being assembled and have an opportunity to correct the record. The privacy impact statement published Dec. 11 by DHS only begins to answer these questions.

Third, the NVC must explain how it will protect the information it acquires. Having large amounts of information in a super-database or “technical architecture” makes it a rich target for our adversaries. With recent data breaches at federal agencies like OPM and the Centers for Medicare and Medicaid Services — not to mention at DHS itself — government databases are clearly vulnerable to exploitation.

Fourth, the NVC’s goals—and the permissible uses of the data and tools it develops—must be fully transparent to the American public. How will decisions about who gets vetted and what information is compiled about them be made? Will the government use algorithms and analytics to flag individuals for additional scrutiny based on non-individualized factors, using data and trends to infer things about people that can’t be proven? The NVC’s mission should be narrowly tailored and closely overseen. Proposals to expand its functions must be open and transparent, and privacy advocates and other stakeholders should have an opportunity to weigh in—before those decisions are made. The NVC’s oversight board is a good start, but its activities and decisions should be transparent to the public.

Finally, the benefits of the NVC must be identified and weighed against the costs of creating a new layer of bureaucracy. It is easy to see the potential security benefits of improving the vetting of individuals coming into the United States. Indeed, it is important that we do so. But those benefits have associated costs—measured in dollars, in opportunities, and in their impact on civil liberties. And, not done right, the new system risks being redundant with the work already being done at the FBI’s National Targeting Center. The NVC has the potential to enable a smarter, more efficient use of the government’s existing knowledge, but it also has the potential to become a costly government program that fails to deliver for the American people.

The views expressed in this article are the author’s and do not imply endorsement by the Office of the Director of National Intelligence or any other U.S. government agency. 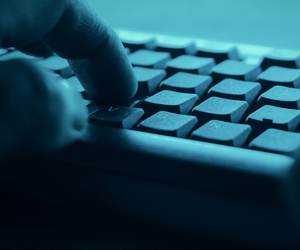 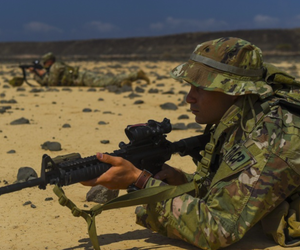 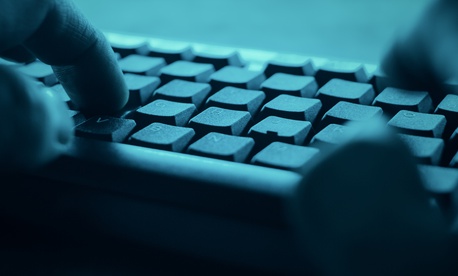 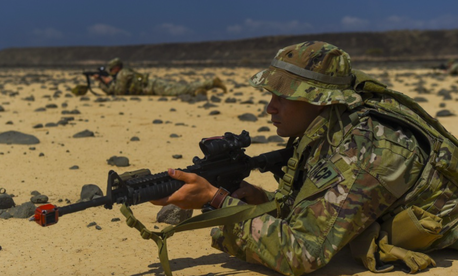