Taking Flight: How Akima Is Helping to Shape the Airmen of the Future at the United States Air Force Academy
Skip to Content
Get all our news and commentary in your inbox at 6 a.m. ET.
Ideas
The American Exception

The United States is not the only nation to suffer from white supremacism, but in America, it has proved uniquely deadly. 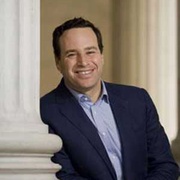 There is one developed country—and only one—in which it is not only legal, but easy and convenient, to amass a private arsenal of mass slaughter. That country also happens to be the one—and the only one—regularly afflicted by mass slaughters perpetrated by aggrieved individuals.

You would not think that this is a complicated problem to puzzle out. Yet even as the casualties from gunfire mount, Americans express befuddlement, and compete to devise ever more far-fetched answers.

As far as anybody can ascertain, the deadliest mass shooter in American history had no specific political motive. Stephen Paddock apparently opened fire from a Las Vegas hotel room in October 2017, murdering 58 and wounding hundreds more, out of purely personal rage at the world.

The second-deadliest mass shooter, Omar Mateen, espoused Islamist loyalties in his final messages before he attacked a gay nightclub in Orlando in June 2016, killing 49 and wounding 53.

Related: Here’s the FBI’s Warning Signs of a Mass Shooter

The third- and fourth-deadliest—the Virginia Tech shooter Seung-Hui Cho and the Sandy Hook school shooter Adam Lanza—were both antisocial, and battled different mental-health issues. The fifth-deadliest—the Sutherland Springs church shooter—was a loudmouthed atheist. The El Paso, Texas, gunman ranks eighth; authorities are investigating whether he wrote a white-supremacist manifesto. The Islamic fanatics who killed at Fort Hood, also in Texas, in 2011 and San Bernardino, California, in 2015 are tied for 14th place.

A paranoid defense contractor carried out the Washington Navy Yard shooting that killed 12 people in 2013. We don’t yet know what motivated the gunman in Dayton, Ohio, to kill nine and wound 27. But in 2014, a 24-year-old man named Elliot Rodger killed six and wounded 14 in California, to express his rage at women for perceived sexual rebuffs.

This menu of atrocities offers a wide range of political points to score, if that is your wish. You will find here immigrants and natives; whites and nonwhites; Muslims and Christians; right-wingers, left-wingers, and the nonpolitical. There is even a woman, Tashfeen Malik, who with her husband, Syed Rizwan Farook, targeted a Christmas party sponsored by the local Department of Public Health, where the husband worked.

White nationalism is emerging as a deadly international terrorist movement. El Paso is only the latest in a line of killings. Yet 48 hours before the El Paso mass shooting, the Italian interior minister erupted in a racist tirade against Roma people. It was not a first offense from Matteo Salvini, an admirer of President Donald Trump. Italy has a lively far-right political movement, which stages public demonstrations to honor Benito Mussolini. You know what it does not have? Mass shootings.

Like the threat of Islamic extremism, the specter of white nationalism summons Americans to defend their institutions and values against a repugnant, violent ideology. But it is not because the U.S. is uniquely afflicted with either Islamic extremism or white nationalism that it suffers vastly more gun deaths than the rest of the developed world. America’s uniquely bloodstained record of violence is a consequence of America’s uniquely reckless attitudes toward weapons of mass death.

More guns, more killing. Fewer guns, less killing. Everybody else has figured that out. Americans—and only Americans—refuse to do so.

NEXT STORY: Ep. 51: Magnus Nordenman on Russia, the U.S., and "The New Battle for the Atlantic"