A proposed export-rules change has snagged over the question: is publishing such designs a boon to U.S. business or foreign terrorists?

It’s approaching high noon for a showdown between the Trump administration and Congress over 3D-printed guns.

The Trump administration notified Congress last month that it intended to move jurisdiction for most commercial firearms exports from the State Department to the Commerce Department, a seemingly arcane bureaucratic move that has ignited a firestorm of controversy. Critics say Commerce’s laxer export rules will allow criminals, terrorists, and human rights abusers access to a host of new weapons — including metal-free “ghost guns” manufactured on 3D printers.

Congress had 30 days to object to the rules change. Sen. Bob Menendez, D-N.J., on Feb. 26 issued a hold on the proposal, in part, he argued in associated legislation with other Senate Democrats, because it would allow for the “unfettered proliferation of untraceable, virtually undetectable, 3D printable guns that threaten public safety.”

On Tuesday, that 30 days ran out. It’s not clear whether the Trump administration will honor Menendez’s objection, or move to implement the change anyway. The executive branch is not legally required to comply with the hold, although past administrations have traditionally heeded such congressional strictures. The top Republican on the Senate Foreign Relations Committee, Sen. Jim Risch, R-Idaho, has said that he opposes any “further delays in the process.”

Related: When Free Speech and National Security Are at Odds

But administration officials have been marshalling their arguments. Last year, the Commerce Department said it was a “myth” that the transfer would deregulate the export of firearms, saying in a fact sheet that “the U.S. Government is not considering removing the export authorization requirements for any firearms regardless of which agency has licensing jurisdiction or the proposed destination.” It also claims that “as a result [of the change], foreign manufacturers will enjoy a greater opportunity to source from small U.S. companies” because “export licensing requirements and process implemented by the Department of Commerce will be calibrated both to the sensitivity of the item and the proposed destination.”

A bizarre legal drama has made 3D guns one key sticking point in what otherwise might have been an under-the-radar change originally conceived under the Obama administration. (The broader plan to reform export controls was shelved after the 2012 shooting in Newtown, Conn. killed 26 people, mainly children.)

In 2013, Cody Wilson, a law student and gun activist, posted the blueprints online to assemble a plastic gun from parts made on a 3D printer. The Directorate of Defense Trade Controls, the State Department office that controls firearms exports, took the position that publicly posting that information was the legal equivalent of emailing it to a foreign government — an “export.” Wilson’s company, Defense Distributed, took down the plans but sued the State Department.

Last summer brought a surprise twist: the State Department settled the case for around $40,000 and allowed the plans black online. Hours before they were to be available again, a federal judge granted a request from eight states and the District of Columbia to temporarily block the settlement from taking effect. The State Department gave no rationale for its abrupt reversal, but the Trump administration was pursuing the rule change to shift the authority for the technology to the Commerce Department at the time.

Onlookers believe that moving the authority for online plans for 3D guns to the Commerce Department would effectively moot the judge’s restraining order. And the Commerce Department has signaled that it doesn’t intend to place any licensing restrictions on the kinds of plans Wilson sought to post online, of the kind that State originally sought to enforce. In its May Federal Registrar notice announcing the proposed change, it said that “if a gun manufacturer posts a firearm’s operation and maintenance manual on the Internet, making it publicly available to anyone interested in accessing it and without restrictions on further dissemination, the operation and maintenance information included in that published operation and maintenance manual would no longer be “subject to the [Export Administration Regulations].”

A handful of Democrats have sought to use any tool at their disposal to stymie the move. In addition to the Menendez hold, Sen. Ed Markey, D-Mass., has blocked indefinitely the nomination of Clarke Cooper to run the office in the State Department that oversees the Directorate of Defense Trade Controls. Cooper himself appears uncontroversial, and because of the ongoing interagency process, the State Department can’t unilaterally give Markey what he wants to release the hold — specifically that the administration maintain its prohibition on publishing the 3D gun blueprints online — leaving a senior post with a myriad of international responsibilities vacant with no clear resolution in sight.

Blocking the rule change permanently would require an act of Congress. Democratic lawmakers are weighing a number of pieces of legislation to address the matter — including blocking the authority transfer in statute and expressly banning posting 3D plans online — but their fate in a Republican-controlled Senate is murky. The change is supported by the firearms industry, traditionally backed by congressional Republicans favorable to more permissive gun laws. Manufacturers believe it will ease regulations and help them boost sales of smalls arms overseas.

“This is good for: U.S. manufacturing, the defense industrial base, security of supply to the U.S. military, and interoperability with allies, to name but a few benefits.”

Some legal experts and arms control advocates argue that trying to regulate plastic guns as an export was never the ideal way to keep them out of the hands of criminals and terrorists at home. While the court blocked Wilson from posting his plans on the internet for free, it expressly permitted him to email or otherwise security transmit them as long as he verifies that the recipient is within the U.S.

“There are genuine issues raised by plastic guns, but they need to be addressed directly, not through export laws designed to keep U.S. guns out of foreigners’ hands without State Department approval,” wrote Clif Burns, an attorney who specializes in export controls. 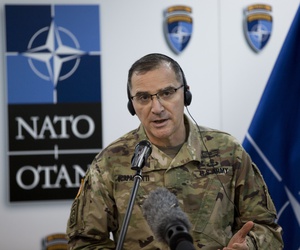 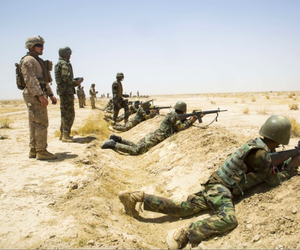 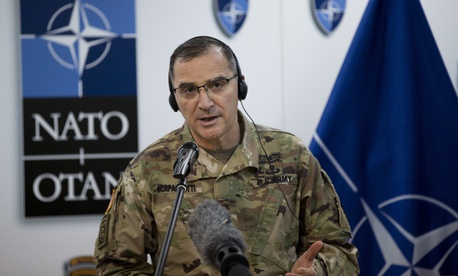 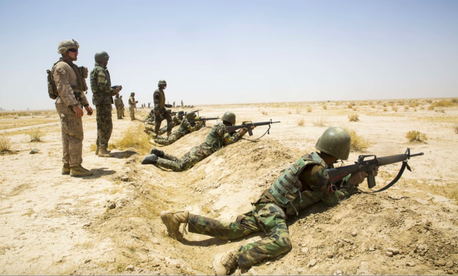