Russian forces patrol in the city of Amuda, north Syria on Oct. 24, 2019, part of a zone 30 kilometers (19 miles) deep along much of the northeastern border, under an agreement reached Tuesday by Russia and Turkey.

Donald Trump, who vowed to get troops out of Syria altogether, incurred all the strategic costs without getting any of the political benefit.

No sooner had the president taken a Twitter victory lap for “BRINGING OUR SOLDIERS BACK HOME” from Syria than his secretary of defense offered a slight caveat. Actually, Mark Esper said in a speech today, an unspecified number would stay put—to guard the oil.

Weeks of sudden decisions and switchbacks in U.S. Syria policy had come to this: A small number of American troops in Syria had … moved. Donald Trump, who had vowed to get them out of the immediate area of a coming Turkish assault in northeastern Syria, had incurred all the strategic costs of announcing a withdrawal without getting any of the political benefit of actually following all the way through.

What was the point?

The strategic costs were these: a Turkish assault on the United States’ Kurdish partners in the counter-ISIS fight; an unknown number of ISIS prisoners—perhaps 100, Esper told CNN—escaped from prison in the chaos before officials claimed that they’d been recaptured; a reordered map of northern Syria taking shape, with Russia and Turkey as key power brokers filling the vacuum; and a Kurdish partnership with the regime of Bashar al-Assad, who has used chemical weapons and indiscriminate bombings of civilians in a bid to keep power over the course of an eight-year civil war.

The political benefits were practically nil. The president has long promised to bring American troops home and reduce the country’s military commitments abroad, but this month’s decision, and the sudden way it was announced, drew condemnation from some of Trump’s closest allies on Capitol Hill, including Senator Lindsey Graham. “Pray for our Kurdish allies who have been shamelessly abandoned by the Trump administration,” Graham tweeted soon after Trump first made the announcement (though the senator has since declared himself “increasingly optimistic”). U.S. officials who had spent months trying to maintain an uneasy peace between Turkey and the Kurds, and who had emphasized the importance of the U.S. presence in Syria to keep the pressure on a down-but-not-out ISIS, were suddenly left explaining to furious lawmakers why the president seemed to have rejected the logic of their efforts.

Related: Trump Declares Victory in Syria, Claims Credit for It All

Trump stuck, rhetorically at least, to his guns. On Wednesday, he extolled a cease-fire that Vice President Mike Pence struck with Turkish President Recep Tayyip Erdoğan, one he said “could never have been made without this short-term outburst” of fighting—giving an ex post facto green light to an operation multiple officials had spent days insisting Trump never endorsed in the first place. But he did also hint at an evolution in his thinking: “We’ve secured the oil, and, therefore, a small number of U.S. troops will remain in the area where they have the oil. And we’re going to be protecting it, and we’ll be deciding what we’re going to do with it in the future.”

There was also the small matter that the U.S. had actually sent an additional 14,000 troops to the region since May, generally in an effort, officials said, to deter the Iranian regime from attacking U.S. interests there. As part of this, Trump—who campaigned on getting the United States out of the Middle East altogether and said the U.S. should never have been there to begin with—oversaw the first deployment of American troops to Saudi Arabia since 2003.

It turned out that Syria would actually be no exception. Esper confirmed today that the U.S. would be leaving troops in the eastern oil-producing region of Deir ez-Zur, where the Islamic State once held territory and where the U.S. now has a base. The Defense Department had been undertaking a slow drawdown since Trump previously ordered all troops out (before reversing himself) in December. Esper said the U.S. was maintaining a “reduced” presence—and the decision to keep soldiers there was presented as an effort to deny ISIS renewed access to revenue-producing oil facilities.

At a press conference with the Syrian Kurdish leader Ilham Ahmed this week, after Trump floated the idea of protecting Syrian oil fields but before he announced that some troops would stay, the Democratic Senator Richard Blumenthal seemed offended by the very idea: “Talk about the oil fields is a cruel distraction … The amount of revenue from the oil fields is basically a rounding error in the United States military budget.”

The Syrian Democratic Forces, for now, has vowed to continue its coordination with the United States, including guarding ISIS prisoners. By the end of the week, U.S. policy in Syria wasn’t at all clear, but the message of the week’s drama was. In Syria, the president wants to protect oil—not people. 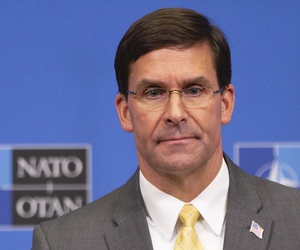 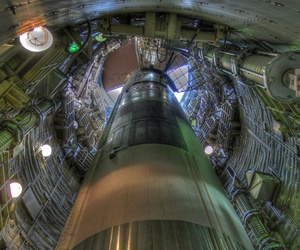 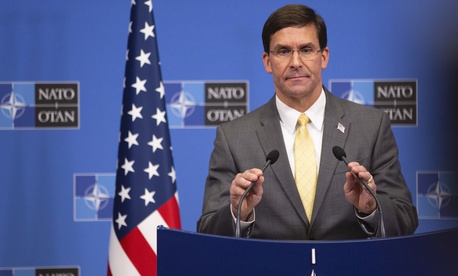 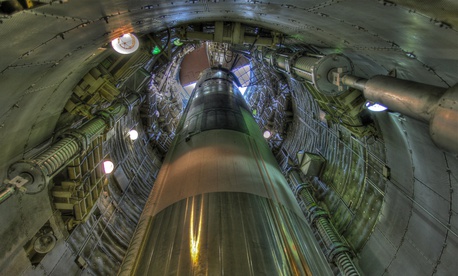