Shifting Left: How DevSecOps Strengthens Agency Security and Risk Management
Skip to Content
Get all our news and commentary in your inbox at 6 a.m. ET.
Ideas
White-Supremacist Violence Is Terrorism

As commander of all U.S. and NATO forces in Afghanistan, I fought America’s enemies abroad. Now we must fight violent, hateful ideologies at home. 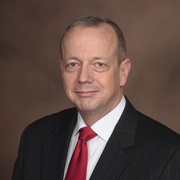 I combatted the threat of foreign terrorism for much of my career, fighting organizations that are grounded in virulent, hateful ideologies, and in many cases operate in a network of independent, loosely connected cells. Violent white-supremacist organizations operate in a similar fashion. Our failure to address these domestic groups and their networks, or to take them as seriously as their foreign counterparts, is costing us lives, diminishing our shared and cherished values, and compromising our credibility and unity as a people. This is happening now, not in some bygone era, and we have to act immediately if we’re to safeguard our republic.

Last month, I testified before the House Subcommittee on Intelligence and Counterterrorism about one element of the threat that white-supremacists pose: the risks of anti-Semitic violence and the ongoing threats facing our faith-based communities. Yet as we celebrate Black History Month and reflect on all that it represents, we should recognize the deep roots of racism and prejudice in America.

Slavery is America’s original sin, and this “genetic birth defect,” as Representative Hakeem Jeffries recently called it, did not resolve itself with the end of the Civil War, nor with the heroic efforts of the civil-rights movement. The resurgence of white-nationalist ideologies and organizations is rooted in this legacy.

For much of the past 50 years, white-supremacist groups were largely relegated to the fringes of American society, where they continued to survive, if not thrive, as a shameful artifact of history. Yet today they are finding a geopolitical landscape that has grown permissive, or even supportive, of their rhetoric and activities—and we need to do more to combat them. The recent decision of the FBI to elevate racially motivated violent extremism to a “national threat priority” is a strong start. These malign actors are terrorists, and that’s what we should call them. What’s more, we need a comprehensive domestic-terrorism law, one that would help bring the full weight of our laws and resources against the unaddressed and violent manifestations of racism that still persist in American culture today.

Too many of today’s white-supremacist groups have taken unchecked strides to rebrand themselves as part of the contemporary political mainstream, emphasizing “heritage” or pseudoscience to mask their true, violent intentions. Identifying and prosecuting such organizations for the terrorist groups that they are—just as the international community rightly fought against the Islamic State’s attempts to brand itself as the true voice of Islam—denies these groups the credibility and narrative that they so desperately seek.

When I was commander of all U.S. and NATO forces in Afghanistan, a particular tool greatly improved our ability to fight terrorist organizations and minimize their influence: the Foreign Terrorist Organization (FTO) designation. This mechanism, which is managed by the U.S. State Department’s Bureau of Counterterrorism, allows for the sanctioning of foreign organizations—including travel restrictions, the freezing of assets, and legal ramifications—for any group that does business with the entity in question. Without this designation, organizations such as the Haqqani network would still to this day be operating freely in support of the Taliban and al-Qaeda in Afghanistan.

Creating a similar “Domestic Terrorist Organization” designation, or at minimum, including foreign white-supremacist groups on the FTO list, would help us more effectively counter such groups.

This course of action raises some difficult First Amendment questions. Yet without this designation, violent actors can exploit loopholes in the existing panoply of laws aimed at restricting their ability to do harm. Indeed, a radical white nationalist who’s a U.S. citizen and who attacks individuals with a knife, or runs a vehicle through a crowd, is in most cases not eligible for prosecution as a terrorist under current U.S. law. However, were this individual associated with an organization on the FTO list—linked to some form of traditional foreign terror group—then the full measure of the law could be used to bring this individual, and the organizations with which he is affiliated, to justice. It is time we introduce consistency in our legal parameters regarding terrorism.

The horrendous lynchings, terror campaigns that destroyed entire communities, and many unresolved murders that dominated the period of Reconstruction and the years that followed should be recognized as acts of domestic terrorism. Americans are again losing their lives to this threat, and that reality should define how we respond to it.

Contemporary white-supremacist groups pose a dire security threat, one that rivals, and perhaps even eclipses, that of foreign terrorist organizations. In my testimony, I called upon the U.S. Congress to be seized with this issue. The American people must do the same. Just as I fought America’s enemies abroad, so too must we fight violent, hateful ideologies at home.

NEXT STORY: It’s Time to Talk About Taiwan