Here’s How Multi-cloud Is Driving the Future of Government Work
Skip to Content
Get all our news and commentary in your inbox at 6 a.m. ET.
Ideas
Let the Pride Flag Fly

Secretary Esper ’s clever rule that bans the Confederate flag needs a fix. Here’s how he can bring real equality to the Defense Department. 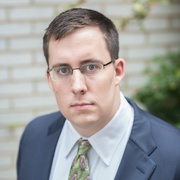 Defense Secretary Mark Esper’s roundabout order that bans the display of the Confederate flag on military installations — and just about every other non-U.S. military flag — was designed to balance diversity and inclusion in the military while not upsetting the White House. Yet, even with this careful drafting, the order will have unintended negative consequences if left uncorrected. In addition to prohibiting paraphernalia celebrating the rebellious Confederacy, the order limited the display of the Pride flag afloat, on land, or in the air.

Given the two-steps forward, one-step-back pattern of civil rights progress, Esper should use whatever time is left to correct the worst mistakes of the past and set the Defense Department on a positive path for a stronger, more inclusive force in the future. Rewrite the overly broad flag rules. Protect the Pride flag.

Next year will mark one decade since the repeal of the “Don’t Ask Don’t Tell” policy that fundamentally transformed the ability of LGBTI+ service members to serve their country. More than 10 years ago, flying a Pride flag on a military base would have been seen as a provocation, out of place, and a “threat to unit cohesion.” In the years since, the department has succeeded, including recognizing same-sex marriages, even as it has made mistakes, such as these recent limits on Pride flags.

The Defense Department has largely embraced the service and sacrifice of its LGBTI+ service members. More than 6 percent of those in the U.S. military identify as LGBTI+, according to a 2015 study by the Rand Corporation. But that progress has been marred by setbacks. The Trump administration’s restriction of transgender service members was assembled out of animus rather than readiness concerns. Even Esper, then-secretary of the Army, admitted that transgender service had no impact on unit cohesion. Former Air Force Secretary Heather Wilson targeted LGBTI+ airmen and couples based on her beliefs. The Pentagon gave up on revising its Status of Forces Agreements with allies and partners to protect same-sex couples from discrimination because secretaries of defense did not believe that same-sex couples’ relationships and careers had value.

Here's what Esper could do:

First, he could act decisively on Confederate symbols. At this time in history, it’s insufficient to mask this move as only being inclusive, and necessary to be anti-racist. A more diverse and tolerant generation of recruits will not want to go to training at Fort Bragg or any other base named after a racist and a traitor. Most recruits are fresh out of high school and college, groups who consistently support greater equality and social justice. If nobody paid close attention to base names before this year, they certainly will now. Racism in the ranks is nothing new, but neither are the nation’s efforts to purge racism from the ranks. As far back as fifty years ago, after the Vietnam War, our leadership committed to investigating and expelling white supremacists from the ranks of the armed forces, and continues to do so.

Top US General Slams Confederacy As ‘Treason’, Signals Support For Base Renaming

Second, the Defense Department must correct the injustices of its past. Starting with World War I, the military used an array of administrative tactics to use “bad paper” to expel service members it considered undesirable, including Hispanic, Jewish, African-American, and LGBTI+ troops.  A “bad paper” discharge is a less than honorable discharge that could be applied with wide discretion by commanders and services without uniformity. Not only did this rob many Americans of their ability to serve, but it also denied them veterans benefits, and stigmatized them, putting the foundations of a civilian life out of reach in employment and housing.

Even though decades have passed, the current policy still places a heavy burden on veterans to appeal their case individually, requiring often expensive legal representation and access to records that may no longer exist. Esper could direct the service Boards for the Correction of Military Records to review records, identify minority veterans who received bad paper discharges, use Boards’ ability to wave statutes of limitations “in the interest of justice.” Then, under 10 U.S.C. § 1552(b), the secretary could request a correction to military records “on behalf of members or former members of the armed forces who were similarly harmed by the same errors or injustice.” These actions would not only serve the interests of justice but they would also be an unequivocal demonstration of Esper’s and the department’s commitment to all who served and all who seek to serve.

Whether or not any of these recommendations are followed, LGBTI+ service members will still have pride in their service and integrity in their characters, even if they can no longer wave their Pride Flag on base. If Esper, or the next defense secretary, wants to draw on the full measure of America’s talents, it’s past time for the Defense Department to move forward for all America’s citizens.

Luke Schleusener is president and co-founder of Out in National Security and a security fellow with the Truman National Security Project. He served as a speechwriter to Former Defense Secretaries Leon Panetta, Chuck Hagel, and Ash Carter.

NEXT STORY: “. . . All Enemies, Foreign and Domestic”: An Open Letter to Gen. Milley