Inside the Disaster Zone
Skip to Content
Get all our news and commentary in your inbox at 6 a.m. ET.
Ideas
Why Don’t The Dead Matter?

Far too few Americans seem to feel genuine compassion for the dead, even among their fellow citizens. Our endless wars may be to blame. 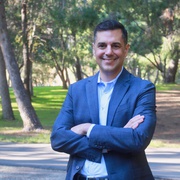 When the COVID-19 death toll reached 150,000 Americans, the passing of such a grave milestone hardly merited attention from the White House and fleeting commentary from most media outlets, raising a difficult question.

Why have we not grieved more for our dead? Perhaps the answer lies not here at home, but overseas. Two decades’ worth of foreign wars have conditioned us not to care all that much about human life.

Our endless wars have left more than just the legacy of a national security state. Largely ignoring foreign civilian deaths has paved the way for ignoring American ones. In foreign wars, civilian casualties especially mattered less because “others” — not Americans — were being killed. Our lack of empathy, over time, has coarsened us as a society.

If paramilitary operations in cities like Portland have elicited outrage that the president is treating American cities like foreign countries to be invaded, they also have opened a window into how militarized endeavors devalue human life. Indeed, what our current pandemic has exposed is that far too few Americans seem to feel genuine compassion for the dead, even among their fellow citizens. And our era of persistent wars is partially to blame. Our disregard for the dead has come home.

The Plan That Could Give Us Our Lives Back

How the Pandemic Defeated America

True, the attacks on Sept. 11, 2001, inspired grief for the 2,977 Americans who died that day. Yet that same grief aroused patriotic and vengeful Americans to support military adventures overseas that took far more human lives, sometimes with near reckless abandon. U.S. forces dropped more than 10,000 cluster bombs in Iraq and Afghanistan, leaving behind unexploded ordnance that will be killing civilians for generations to come, if the American war in Vietnam is any indication of war’s long-term consequences. Cities like Mosul, in Iraq, and Raqqa, in Syria, have been leveled. Most recently, American arms sales have contributed to mass killing in Yemen’s civil war, a proxy war for Iran, Saudi Arabia, and the UAE.

Few of these military engagements and overseas occupations, however, warranted serious, sustained attention from most Americans. The sites were too foreign. The deaths not ours. In short, we became anaesthetized to the human toll of war without much of a second thought.

Over the last 20 years, media outlets certainly have covered concern for American military deaths, even if the scale was miniscule compared to previous wars. A handful of U.S. casualties in Iraq or Afghanistan could make for a segment on the evening network news. But those concerns extended far less often to civilians in the greater Middle East, Central Asia, or Africa.

More recently, President Donald Trump even lauded and pardoned U.S. military men accused and convicted of committing war crimes overseas. The administration considered placing three of them, granted clemency by Trump, front-and-center of the president’s political campaigning. An inspector general this month said the State Department did not adequately consider civilian casualties when approving arms sales to the Middle East. Clearly, the lives of others don’t matter.

Callousness toward death is hardly new. Military historians like myself accept that death is a distasteful part of our academic profession. In studying war, most books we encounter include casualty figures that serve as cold markers for victory or defeat. When I taught military history at West Point, for instance, our battlefield analyses almost always included numeric tallies, as if to prep cadets for how best to answer a calculus exam question. The numbers of dead or wounded seemed always to be rounded off for sake of ease.

In the process of such calculating, however, there is risk of losing sight of our humanity. During World War II, Nazi and Soviet regimes through their mass killing programs “turned people into numbers,” argues historian Timothy Snyder. To him, it is up to us “as humanists to turn the numbers back into people.” It is far past time for us Americans to follow Snyder’s counsel.

Surely those who have lost family members and close friends grieve. But our collective sympathy doesn’t seem to extend far beyond our close-knit circles. There has been nothing resembling a national mourning for our dead.

There is a path forward, however. One elucidated by Marine Corps veteran Karl Marlantes, who served in Vietnam and has written eloquently about the costs and consequences of war. In What It Is Like To Go To War, the former infantry officer argued for being empathetic, even to your enemy. To Marlantes, being more empathetic would not have undermined his skill as a warrior. Rather, it would have helped him heal the wounds that war had inflicted on his psyche.

The deaths of others do matter. And so, too, should the loss of now more than 172,538 (as of Aug. 19) of our fellow Americans. Foreign wars may have conditioned us not to acknowledge the deaths of others. But those same wars might also help teach us to be more empathetic when our communities, and our nation, is suffering from the grim pains of death.

Gregory A. Daddis is a professor and the USS Midway Chair in Modern U.S. Military History at San Diego State University. He is a retired U.S. Army colonel, having served 26 years, including in Operation Desert Storm and Operation Iraqi Freedom.