Russia steps up on day seven of Turkey’s invasion of northern Syria where American forces just departed the city of Manbij, which was the location where U.S.-backed Kurdish troops fought a key battle against the Islamic State group to recapture the town back in August 2016.

But today, “We are out of Manbij,” tweeted U.S. Army Col. Myles Caggins, a spokesman for the U.S.-led counter-ISIS effort, just after the sun rose over Washington this morning. The decision to leave/depart/tactically retreat is part of “a deliberate withdrawal from northeast Syria” ordered Monday by President Donald Trump and conveyed by Defense Secretary Mark Esper in an afternoon statement from the Pentagon.

Some highlights from Esper’s withdrawal message:

More after the jump…

To Fight Disinformation, Rethink Counterintelligence // Joshua A. Geltzer and Christopher P. Costa: For too long, the focus of U.S. counterintelligence has been safeguarding government secrets and corporate intellectual property.

ISIS Is Gloating // Graeme Wood, The Atlantic: The best one could say about America’s abandonment of the Kurds is that they should have known we would sell them out eventually.

Trump Made His Real Syria Mistakes Months Ago // Daniel DePetris: U.S. involvement should have ended with the recapture of ISIS’ territory and a Kurd-Assad deal.

Welcome to this Tuesday edition of The D Brief from Ben Watson with Bradley Peniston. If you’re not already subscribed, you can do that here. On this day in 1863, more than a half-dozen Confederate soldiers died when the experimental submarine, H. L. Hunley, sank during a practice maneuver off the coast of Charleston, S.C., killing all eight men in the crew, including the sub’s namesake inventor. The Confederates quickly recovered the Hunley; and four months later, it sank the only ship it would ever sink, the USS Housatonic, during a night attack to break the U.S. Navy’s blockade of Charleston. Both ships would go down in the skirmish; for the Hunley, it was the third and final time it sank.

President Trump authorized new sanctions against Turkey on Monday “target[ing] Turkey’s Defense, Interior and Energy ministers and their departments,” the Wall Street Journal reported. “Mr. Trump also said that the U.S. would raise the tariff rate on steel imported from Turkey to 50%, after lowering the rate from that level back in May… Trump also said the U.S. will halt negotiations on a potential $100 billion trade deal.”
“I am fully prepared to swiftly destroy Turkey’s economy if Turkish leaders continue down this dangerous and destructive path,” Trump declared a lengthy statement released by the White House Monday afternoon.
The Turkish economy, however, hasn’t been damaged that badly just yet, Reuters reports this morning. In fact, “The Turkish lira actually went up, with traders noting Trump had spared Turkish banks from punishment.”
And on Capitol Hill, the Journal reported “House Speaker Nancy Pelosi (D., Calif.) said she had spoken with Sen. Lindsey Graham (R., S.C.) about putting together a bipartisan, bicameral sanctions package that is stronger than what the White House is considering.”
Trump has dispatched VP Mike Pence and Robert O’Brien, the president’s national security adviser, to Turkey to try to forge some way forward for the two NATO allies. The National Review has a tiny bit more on that mission, here.
About Manbij today: Syrian regime troops have backfilled the U.S. forces inside at least one abandoned outpost near Manbij, the Associated Press reports this morning. (Here’s video Monday purportedly showing U.S. forces passing Syrian regime troops in northern Syria. See if you can detect the sarcasm from Russian state-run media, RT, which is behind the Ruptly video linked above.)
Russian forces are moving in, too, Defense One’s Katie Bo Williams reports. According to Russia’s defense ministry, its forces have already begun “patrolling front lines between Turkish and Syrian army positions to keep them separated.”
Will Turkish and Assad regime forces go to war? Russia “is not going to allow it,” Alexander Lavrentyev, Russia’s presidential envoy for Syria, told state news today, AP reports in its rolling updates page.
Tweeted Trump on Monday: “Anyone who wants to assist Syria in protecting the Kurds is good with me, whether it is Russia, China, or Napoleon Bonaparte. I hope they all do great, we are 7,000 miles away!”
Ahead for the Pentagon: SecDef Esper travels to NATO HQs next week where he said in his statement Monday that he plans “to press our other NATO allies to take collective and individual diplomatic and economic measures in response to these egregious Turkish actions.”
Both NATO and non-NATO nations are lining up to halt arms sales to Turkey. The alliance members who have suspended weapons sales to Turkey now include the UK, France, Germany, Italy, the Netherlands, Norway and the Czech Republic (aka Czechia), the Middle East Eye’s Ragıp Soylu tweets today off assorted announcements Monday, some of which AP is tracking here. (Finland is the non-NATO member that has halted arms sales to Ankara, while the EU has requested its members give an embargo serious thought.)
One easy to neglect consideration amid all the chaos in Syria: The U.S. exit from the region suddenly poses what Eric Robinson calls a “counterintelligence nightmare.” That’s to say, with five or more years of relationships between U.S. and NATO allied special operators and locals, potentially captured Kurdish fighters “will be forced to give up [tactics, techniques and procedures], names, locations, etc. What a coup for the Russian intelligence services,” Robinson tweeted Monday.
One hard to overlook consideration: It only recently occurred to U.S. officials that removing B61 nuclear gravity bombs from Turkey’s Incirlik Air Base might be necessary, the New York Times’ David Sanger reported Monday. His headline: “Trump Followed His Gut on Syria. Calamity Came Fast.”
The essence of those nuclear tensions come down to this, one senior U.S. official told Sanger: “To fly [those B61s] out of Incirlik would be to mark the de facto end of the Turkish-American alliance. To keep them there, though, is to perpetuate a nuclear vulnerability that should have been eliminated years ago.”
Said Jeffrey Lewis (aka @ArmsControlWonk) to The Guardian about this nuclear dilemma: “The US doesn’t need Turkey’s agreement to remove the weapons. The US can do it unilaterally, and I think the US should do it unilaterally and do it immediately. If people are really concerned that this is going to somehow be the final nail in the coffin, it’s kind of silly as the coffin is firmly nailed shut. The relationship is in total freefall.” More on all that from The Guardian, here.
One last thing: Did you miss our discussion with two 3-star generals Monday afternoon? It was just over half an hour, and focused on the future of security in Europe, and the dominant issues in U.S.-NATO relations. You can find it on C-SPAN, here.

Get to better know a few Russian spies with some new reporting from the sleuths at Bellingcat’s investigative team. The reporters extended a report last week from the New York Times on “an elite unit within Russian military intelligence (GRU) engaging in clandestine overseas operations.” You can find that report here. The Times flagged a 2017 wedding for the daughter of the GRU unit’s commander, and Bellingcat picked up the trail from there — turning up wedding pictures, videos from the day, as well as seating and face-matches that turn up a usual suspect from the GRU, Anatoliy Chepiga, who is believed to have been one of the two men behind the Novichok poisoning of Sergei and Yulia Skripal in Salisbury, UK, in March 2018. The Bellingcat report begins, here.

And finally today: Your kids’ next movie, featuring Chinese expansionism. “Abominable,” the new animated flick from DreamWorks, displays a map of Southeast Asia showing the Chinese “nine dash line” that annexes basically all of the South China Sea. The line, which reflects Beijing’s aspirational claims, was firmly rejected by the international body that adjudicates such things in 2016. But China clearly doesn’t want the Permanent Court of Arbitration to have the last word.
Vietnam is so angry that it forbade the movie to open in the country, Reuters reports.
For your ears only: Catch our two-part podcast series looking “Beyond South China Sea tensions,” here, and here.
If you’ve thought China’s soft power is suddenly becoming omnipresent, you’re not alone. Quartz notes that the past weeks have brought: the NBA pulling back after an owner’s pro-Hong Kong tweet; Apple hiding the Taiwan flag emoji; ESPN forbidding its staff to mention Chinese politics, and more. 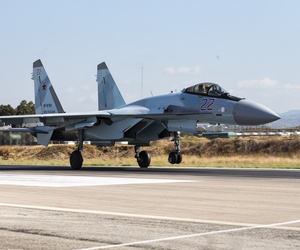 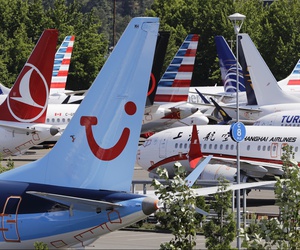 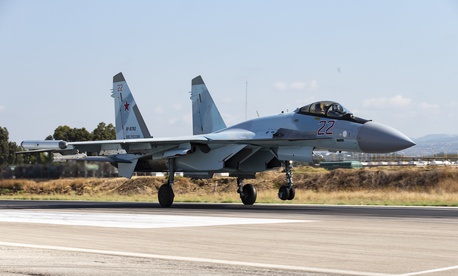 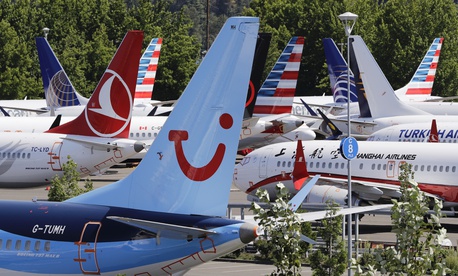