Coronavirus travel ban: On Friday night, Defense leaders told troops to stay put: “authorized local leave only,” with no temporary duty or permanent changes of station. They also stopped all government-funded travel for DoD civilians and dependents. The order added to the international travel restrictions issued Wednesday. Read the Defense One story and the deputy defense secretary’s memo.

All other federal agencies were asked to stop travel that is not mission-critical in a Saturday memo from the acting head of the White House’s Office of Management and the Budget. Read GovExec’s story, here.

The Pentagon shut its doors today to all unofficial visitors, and restricted entry to international delegations and large groups. Defense One story, here. Speaking of large groups:

CDC: cancel any event with more than 50 people for the next eight weeks. That new advice appeared Sunday on the Centers for Disease Control and Prevention’s website.

The National Guard is being put to virus-related use in various states. In Maryland, for example, they are providing “additional support to Governor [Larry] Hogan’s command center and #COVIDー19 response,” says a spokesman for the governor.

Testing is still slow. On Friday, the White House rolled out a plan to test “hundreds of thousands” of people in coming weeks using a semi-automated process developed by Roche and slated to be administered in mobile testing stations in the parking lots of giant retail corporations.

The number of Americans tested so far is 38,631, about half in Washington and California, two of the hardest-hit states. That’s according to the COVID Tracking Project, which was launched by The Atlantic and others after the CDC stopped reporting test numbers on March 2. The figure is lower per capita than several nations that have held COVID-19 at bay, and means that the U.S. has a lesser understanding of where and how fast the virus is spreading.

Just 653 people have been tested in defense-heavy DC, Maryland, and Virginia, 14% of whom have tested positive, reports The Atlantic’s Robinson Meyer.

Read: “Four Key Reasons the US Is So Behind on Coronavirus Testing,” by The Atlantic’s Olga Kazan.

For the after-action report: How the commander in chief reacted to coronavirus. President Trump’s first public statement about COVID-10 came in a Jan. 22 interview: “We have it totally under control. It’s one person coming in from China, and we have it under control. It’s going to be just fine.” The New York Times compares Trump’s subsequent attempts to downplay the outbreak with what current and former public-health officials were warning at the time. The Washington Post has a list of his false and misleading statements about it.

For more military and national-security COVID-19 news, check The Prognosis, our running list of coronavirus developments.

America Is Acting Like a Failed State // Derek Thompson, The Atlantic: The Trump administration has failed to perform the most basic function of a state: to accurately assess a threat to the country.

When Your Work Is Classified, ‘Work From Home’ Doesn’t Work // Marcus Weisgerber: And that’s just the start of the problems for defense employees, contract workers, and their bosses who are trying to take coronavirus precautions.

The Four Key Reasons the US Is So Behind on Coronavirus Testing // Olga Khazan, The Atlantic: Bureaucracy, equipment shortages, an unwillingness to share, and failed leadership doomed the American response to COVID-19.

After Problems And Delays, White House Touts New COVID-19 Test // Patrick Tucker: The White House says “hundreds of thousands” of tests will soon be available to track the spread of the virus across the United States.

Welcome to this “maximum telework” Monday edition of The D Brief from Bradley Peniston and Ben Watson. If you’re not already subscribed, you can do that here. On this day in 1802, the U.S. Army Corps of Engineers was formally established.

Another rocket attack in Iraq — this one somewhat novel — critically wounded Americans this weekend. On Saturday, three U.S. troops “and several Iraqi forces were wounded in the second major rocket attack in the past week on an Iraqi base [in Taji, which is just] north of Baghdad,” Reuters reports today. Two of the three Americans hurt were hurt critically and moved to a hospital in Baghdad.
How it happened: Thirty-three “Katyusha rockets were launched near a section of the Taji base which houses U.S.-led coalition troops,” according to information from Iraq’s military, which said it “found seven rocket launchers and 24 unused rockets in the nearby Abu Izam area.”
Why it was somewhat novel: “the rocket launchers are static and their angles are fixed,” noted Fabian Hinz of the James Martin Center for Nonproliferation Studies on Twitter. So he went through satellite imagery from Planet to discover “the building housing the launchers was constructed in June/July 2019,” which suggests those responsible for the Saturday attack “have been working on contingency plans and the infrastructure to strike at-Taji for a while now.”

Get a slightly better sense of what America’s 6,000 troops and civilians are doing in Africa, where most of them “concentrated in Niger in the west and in Somalia and Djibouti in the east,” via this Wall Street Journal dispatch from Mauritania by Michael M. Phillips.
Part why this matters: “More than 4,000 civilians and African soldiers died in attacks in [just the countries of Burkina Faso, Niger and Mali] last year, up from 770 in 2016,” according to United Nations data.
But really, WSJ’s report is about the probable U.S. drawdown across Africa. After peaking in 2018, about 1,200 American troops and civilians left the continent. And that could rise soon now that SecDef “Mark Esper is conducting a world-wide review of troop commitments, in keeping with the Trump administration’s strategic tilt away from dispersed actions against terror groups and toward great-power competition with China and Russia.” Read on, here.

There’s been a sharp rise in “commando-style raids on gold companies” in South Africa, the Wall Street Journal reported late last week from Johannesburg. That’s the latest high-profile news from the country’s “$24 billion mining sector, which is also struggling with a weak investment climate, crippling power shortages and illegal mining.”
Back in October, “an armed gang stole an estimated 37 pounds of gold in a heist at a DRDGOLD Ltd. processing plant” about 30 miles each of Johannesburg. “The robbers hijacked a shuttle carrying employees and eventually shot their way past about 40 police officers—after fatally wounding the firm’s chief security officer—before vanishing into the night.”
And for what it’s worth, “The number of raids more than doubled last year, according to the Minerals Council, with at least 220 pounds of gold concentrate—worth an estimated $5 million—stolen.” Meanwhile, “Only a handful of arrests related to the robberies have been made, and mining executives say the heads of the criminal syndicates remain largely untouched.”
All this presents the companies with a chance to upgrade surveillance, barricades, lighting and non-lethal capabilities — like a monitoring system “that uses artificial intelligence to model the movement of people inside and around its plant and can send alerts if an assembly of people nearby is inconsistent with a two- or three-month model.” Continue reading, here.

Syria’s civil war enters its 10th year today, AP reminds us from perhaps the last warzone of that anti-government rebellion — Idlib province in northwestern Syria. The latest from Idlib focuses in part on the namesake provincial capital, Idlib city. On the city’s outskirts, “The government offensive has been paused by a Russian-Turkish cease-fire deal, leaving residents… in a state of terrifying limbo,” AP writes, noting its travel to Idlib happened “on a trip arranged through Turkish authorities.”
In Idlib, AP found residents “skeptical that the cease-fire will last and well aware they are likely the next target of the government’s assault.” The problem: Syrians in Idlib “have nowhere else to run, with Turkey refusing to open its border wall to more refugees.”
On the plight of refugees: the 2017 documentary “Human Flow” from Chinese artist and activist Ai Weiwei is available for streaming now on Amazon Prime. The film visits nearly two dozen countries to illustrate the impact of human migration today. Catch a trailer, here. Or watch the complete film on Amazon Prime, here.
Also on Amazon Prime: The 15-episode documentary series, “The Silk Road,” which is a pleasant and light travel series in these quarantined times.
Also streaming: the 1995 film, “Outbreak,” is on Netflix now — though we recommend the 2011 thriller “Contagion,” which you can stream on Hulu.

Let us know your online streaming recommendations during this unusual time in everyone’s lives around the world. 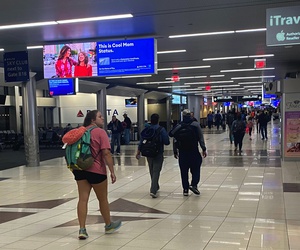 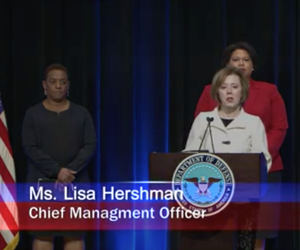 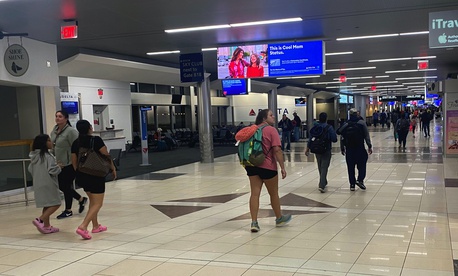 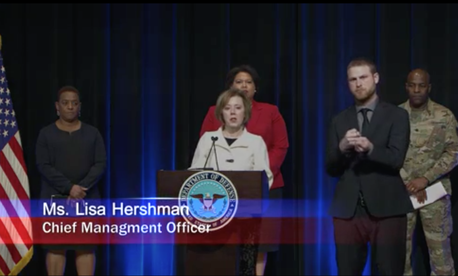