Here’s How Multi-cloud Is Driving the Future of Government Work
Skip to Content
Get all our news and commentary in your inbox at 6 a.m. ET.
Policy
What's Driving Democrats to Defy Obama on Iran?

Is it domestic politics? Or something else? The stakes are high with the Iran deal, but for some Senate Democrats, apparently not high enough. By Ron Fournier 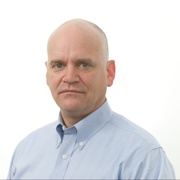 This paragraph from a New York Times story on proposed new sanctions for Iran sent a chill down my spine:

Behind these positions is a potent mix of political calculations in a midterm election year. Pro-Israel groups like the American Israel Public Affairs Committee, or AIPAC, have lobbied Congress to ratchet up the pressure on Iran, and many lawmakers are convinced that Tehran is bluffing in its threat to walk away from the talks.

I'm ambivalent about the debate over Iran: President Obama is pursuing an agreement with Tehran to suspend its nuclear program (sounds good), while many lawmakers don't believe Iran can't be trusted to comply with any diplomatic accord (makes sense). But I don't want U.S. foreign policy swayed by lobbyists and politics.

It is the unambiguous policy of the United States to forbid Iran from destabilizing the Middle East and threatening Israel with a nuclear program. The question is how to curb Tehran.

Obama wants to exploit the crippling effects of existing sanctions to negotiate an antinuclear deal. The White House argues that a strict new sanctions law would scuttle diplomacy and make military action more likely. His opponents, the GOP and a surprising number of Democrats, argue that new sanctions would decrease the chances of war by keeping Iran in line.

Pro-sanctions forces accuse the White House of politicizing the issue by invoking the specter of war, but there is another political component: the influence of AIPAC and the importance of Jewish voters to the Democratic coalition.

Peter Beinart argues that liberals are not pressuring Senate Democrats enough to oppose the bill.

So why on earth are fourteen Democrats joining Ted Cruz and Marco Rubio in openly defying the president? In a party that is clearly moving left on economics, how can so many prominent Democratic senators support a bill so widely scorned by Democratic foreign policy experts? Because in recent years grassroots Democrats have turned their attention away from Middle East policy and AIPAC has not …

In 2006, Democrats enraged by Joe Lieberman's support for the Iraq war denied him their party's renomination for Senate. In 2008, Democrats embittered by Hillary Clinton's support for Iraq helped orchestrate one of the biggest upsets in presidential history. But they were too late; the damage was already done. The American left is very good at punishing politicians for supporting disastrous wars. Its challenge in 2014 is to show that it can stop politicians from promoting those wars in the first place.

Greg Sargent of the Washington Post has a good vote count on the bill for strict new sanctions ("An Odd Silence Among Senate Dems on Iran"):

Right now, the current count of senators who are co-sponsoring the Iran sanctions bill is at 58, with 16 Democratic senators supporting it. Meanwhile, 10 Democratic committee chairs have come out against the bill. Harry Reid is said to be against it, too. That leaves nearly 30 Senate Dems unaccounted for.

He called the "conspicuous public silence" of Democrats a sign "of just how cautious Dems are being about the domestic politics of negotiating with Iran right now."

Obama dithered and stumbled on Syria, but his instincts were right: Avoid bloodshed if at all possible. He is acting prudently on Iran. He is the commander in chief, and you'd expect fellow Democrats to give him the benefit of the doubt. Is the Democratic opposition to Obama based on the merits or born of political calculation? If it's the former, wayward Democrats had better be right, because the stakes are high. If it's the latter, shame on them and their "antiwar" party.

NEXT STORY: Forget the Feds: States Are Trying to Rein in the NSA