Building Stronger Public Health through the Pandemic and Beyond
Skip to Content
Get all our news and commentary in your inbox at 6 a.m. ET.
Policy
VA Reform Bill Clears Senate, Heads to Obama's Desk

A long-awaited VA bill is on its way to becoming law, but more work remains to be done. By Jordain Carney 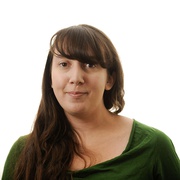 A bill that reforms the besieged Veterans Affairs health system headed toward the president's desk Thursday, but other veterans legislation remains stubbornly stuck in the halls of Congress.

The 91-to-3 vote in the Senate on Thursday comes a day after the proposal got near-unanimous approval in the House. The legislation would improve veterans' access to private health care, allow the VA to lease more facilities, and make it easier to fire staffers.

But lawmakers and veterans advocates say there is plenty more work to be done at the Veterans Affairs Department, which rocketed into the spotlight in April amid allegations of data manipulation and veterans' deaths at a VA facility in Phoenix. And a stack of proposed VA bills have yet to reach the floor for a vote.

We've rounded up a list of some of the key veterans issues lawmakers are still attempting to tackle, as well as details on the languishing legislation that goes with them.

Suicide: The Fort Hood shooting earlier this year highlighted a chronic concern for the military: soldiers taking their own lives. But it's not just active-duty troops. The VA estimates that 22 veterans commit suicide each day, totaling more than 8,000 a year.

Sen. John Walsh of Montana, an Iraq veteran himself, introduced the Suicide Prevention for America's Veterans Act roughly a week before the Fort Hood shooting occurred.

Walsh's legislation would expand veterans' eligibility to enroll in VA health care from five to 15 years after leaving the military. This would help address the fear that the timeline doesn't account for the fact that some veterans have a delayed reaction to trauma.

Because a majority of veterans' suicides occur among soldiers who are 50 and older, the bill would also force the Pentagon to reexamine troops who were discharged for behaviors related to post-traumatic stress disorder—which can include nightmares, flashbacks, changes in personality, sleeping disorders, and suicidal thoughts. Lawmakers hope that a review of these discharges could lead to veterans, who may not currently qualify for VA care because of a less than honorable discharge, getting help.

A bipartisan House bill, introduced by Rep. Timothy Walz, would also require a review of discharged soldiers. It also calls for a pilot program that offers financial incentives to lure more mental-health officials to the VA and requires an annual report on mental-health and suicide-prevention programs at the Pentagon and VA.

And while both bills have bipartisan support, they are also both waiting to be brought up in their committees.

Lauren Augustine, a legislative associate for the Iraq and Afghanistan Veterans of America, said that while there's support for suicide-prevention bills on Capitol Hill, the organization is running into "partisan blockage."

Disability-claims backlog: Lawmakers and veterans advocates have been long focused on the Veterans Benefits Administration's pay and pension workload—in particular, disability claims that have remained stuck in the system for more than 125 days.

The House passed legislation in October that would create a task force to examine and provide solutions for the disability-claims backlog and make it easier for veterans to file appeals.

And an omnibus veterans package pushed earlier this year by Sen. Bernie Sanders would require the Government Accountability Office to study whether VBA's plans will improve timeliness and accuracy. It calls for legislative proposals for further improvements. But while Sanders's deal-making abilities have been in the spotlight during the recent conference-committee negotiations, his earlier legislation is considered all but dead.

Democratic Sens. Robert Casey, Jon Tester, and Martin Heinrich, along with Republican Sens. Dean Heller, David Vitter, and Jerry Moran, are pushing a bill that increases the amount of back pay a veteran can receive for submitting a fully developed claim, and calls for the Veterans Benefits Administration to be audited. It also pushes for more transparency on the backlog and number of appeals.

Heller asked for a markup and hearing on the legislation in April, and he brought it up at VA Secretary Robert McDonald's confirmation hearing last week. But the markup hearing has yet to be held.

Electronic health records: Lawmakers have long lamented the inability of the VA and the Defense Department to share veterans' health records electronically. And the two departments have had the goal of being able to swap records since 1998—to no avail.

Disability claims are routinely put on hold as VA staffers wait to get service records from the Pentagon, which are needed to help determine if an injury is service-related.

A Pentagon inspector general report released Thursday found that delays from the Pentagon "likely contributed to delays in [the VA's] processing veteran's benefit claims." For example, 77 percent of service treatment records transferred from the Army to the VA in 2013 took longer than 45 days, according to the report.

Rep. Phil Roe of Tennessee is appealing to Americans' wallets, introducing legislation to allow the two departments to offer up to $50 million to someone that develops a nationwide, fully integrated electronic health-records program.

The downside? It's still waiting for a vote in the Senate Veterans' Affairs Committee, which won't meet again for more than a month.