Next Generation Interceptor: The Nation’s Next First Line of Defense Against Ballistic Missile Threats
Skip to Content
Get all our news and commentary in your inbox at 6 a.m. ET.
Policy
Here’s Why Hillary Clinton Is Staying Quiet on National Security

She's gambling that the Democratic base will vote on other issues. Will it pay off in November 2016? 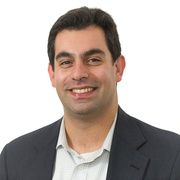 When it comes to the politics of national security, Republicans and Democrats are worlds apart. Not only do they differ on the threat posed by Islamic terrorism and the appropriate tactics to defeat it, but they don't even agree—at least publicly—on how significant an issue it will be in the presidential election.

Hillary Clinton barely touched on foreign affairs in her lengthy campaign relaunch last week, while her advisers are confidently proclaiming that 2016 won't be a national security election. Meanwhile, nearly every Republican presidential candidate emphasizes the emerging threats abroad in their stump speeches. The approach mirrors where the party's supporters are: Republicans ranked fighting terrorism as more important than the economy in January's Pew Research Center polling. Slightly more Democrats rated income inequality and wage equity as more significant issues than "the situation with Islamic militants," which ranked only sixth among top priorities in a fall 2014 Gallup survey.

This disconnect between the two parties' strategies on the subject is remarkable. Even when partisans deeply disagree on policy prescriptions, there's often a general consensus when it comes to political tactics. But on national security, Republicans are convinced that Hillary Clinton will have trouble answering for the Obama administration's persistent weaknesses on the issue, while Democratic strategists believe that voters are much more focused on bread-and-butter economic issues, and those most alarmed about the rise of ISIS would be voting Republican anyways.

"It's a much more important issue for the Republican base than the Democratic base. That may give the Republicans a distorted picture of the general election," Democratic pollster Mark Mellman said. "But there's also no question that there's momentum behind national security and terrorism issues. If present trends continue, the issue for 2016 is going to be whether people think this next president can keep the world in order."

There's a lot of risk for both sides in their reading of the environment. Clinton is downplaying her record as secretary of State because it's not the political asset she expected it to be. Like Mitt Romney's tortured relationship with his Massachusetts health care reforms during the 2012 campaign, she doesn't want to have to answer for the controversies that have emerged since she left office. She'll be criticized for several high-profile blunders that occurred under her tenure—including post-Qadaffi Libya becoming an outpost of global mayhem, the administration's ill-timed "reset" in relations with an emboldened Russia, and the failed security of the American diplomatic facilities in Benghazi.

Clinton advisers maintain that she starts the campaign with a significant advantage because voters already view her as tough and experienced. As Clinton campaign chairman John Podestatold The Washington Post: "She doesn't need to go to England to prove she knows the difference between the queen and the prime minister." But to believe her experience will automatically translate into voters approving of her judgment is an awfully cocky assumption to make, especially given the opposition material Republicans already have to use against her.

Republicans, meanwhile, recognize that it's a lot easier to sound a muscular tone on foreign policy than to advance specific policies requiring American military engagement in the Middle East. Even some of the more hawkish Republican candidates, such as Marco Rubio and Jeb Bush, have avoided calling for more American troops to fight the Islamic State. Many haven't gone much further than President Obama in calling for training other countries' fighters to join the fight against ISIS. They know that while there's intense dissatisfaction over the passive manner Obama has handled foreign policy, there's still widespread resistance for another American military incursion in the Middle East.

"Here's the dilemma: People agree with the policies Obama supports, but they dislike the results. There's a general sense that the world is not under control," Mellman said.

The burden for Clinton is that she'll need to offer a more plausible defense for the decisions she made as secretary of State. She can't simply say she "stood up to Putin," when evidence shows that the Obama administration was pursuing better relations with the Russians. It won't pass the plausibility test. For Republicans, they'll need to nominate someone who's credible in speaking about foreign policy. There's a reason why several Republican governors, without much national security experience, have been going to school—literally—to bulk up on their knowledge. Clinton's experience argument on foreign policy would play better against an untested governor like Wisconsin Gov. Scott Walker than a Rubio or Bush.

Democrats generally believe that, absent a large-scale war involving American military casualties, the public won't change their votes over foreign policy. Republicans think Obama's approval ratings are so weak on the subject are enough for nearly any of Clinton's challengers to exploit the party's weaknesses. Both are wrongheaded.

The reality is there's not much optimism that the national security outlook will get noticeably better by the next presidential election; Obama's advisers, in calling the fight against ISIS a long war, have acknowledged as much. There's little doubt that the next president will be inheriting a chaotic environment abroad. If voters care a lot about those worrisome trends, Republicans will start out with an advantage. But if it's politics as usual, Clinton's strategy of playing to her base will look prescient.

NEXT STORY: John McCain Wants to Change How the Military Buys Weapons