Building Stronger Public Health through the Pandemic and Beyond
Skip to Content
Get all our news and commentary in your inbox at 6 a.m. ET.
Policy
America Is Paying a Heavy Price for Russia’s Help

Washington is getting Moscow’s assistance on grave, complex issues like Iran and Syria — and Ukraine is footing the bill for it. 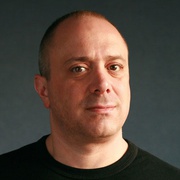 If you believe all the talk out there lately, Vladimir Putin is not only duplicitous and hypocritical—the Russian president’s also been pretty damn busy recently. Busy cutting secret deals with the same Europeans and Americans he has been vilifying for years. And if you believe the rumors, the Europeans and Americans have also been busy selling out Ukraine to the Russians.

Not that any of this would be unusual or particularly surprising. Cynicism, duplicity, and hypocrisy are often the reserve currencies of politics, where interests tend to trump values.

There have long been suspicions that the United States and Europe might give Ukraine up in exchange for Russia’s support in securing a deal to curb Iran’s nuclear program. Additionally, Washington has been seeking Moscow’s backing in securing a managed, orderly, and negotiated exit for Syrian leader Bashar al-Assad, which would go a long way toward ending the conflict in that country.

And over the past two weeks, speculation has intensified that some kind of quid pro quo has in fact been reached with Putin. It began in earnest on July 14 when U.S. President Barack Obama praised Russia’s role in securing a deal to curb Iran’s nuclear program. The suspicion only increased two days later, on July 16, when U.S. Deputy Assistant Secretary of State Victoria Nuland traveled to Ukrainian capital of Kiev to persuade lawmakers to include language in amendments to the Ukrainian Constitution recognizing the special status of separatist-held areas of the Donetsk and Luhansk oblasts. This is something Russia has long sought, but that Ukraine had been resisting.

And the speculation reached a fever pitch when people began connecting the last couple months’ data points: U.S. Secretary of State John Kerry traveled to Sochi on May 12 for talks with Putin on Iran, Syria, and Ukraine; a bilateral diplomatic channel on the Ukraine conflict was subsequently opened between Nuland and Russia’s Deputy Foreign Minister Grigory Karasin; Obama and Putin had two long phone conversations on June 25 and July 15. Moreover, in addition to the Iran deal, Russia also appears more open to helping broker Assad’s exit in Syria,The Wall Street Journal reported.

“A deal was cut without Ukraine, and at Ukraine’s expense,” Andrei Illarionov, a former Putin advisor turned critic, wrote on the Russian website Kasparov.ru. Likewise, political analyst Vladimir Socor wrote that “the White House has reordered its policy priorities toward working with Russia on the Middle East, correspondingly becoming more accommodating to Russia’s position on implementing the Minsk armistice in Ukraine.”

It’s tempting, it’s elegant, and it seems to fit. But is it true? Asked about a potential quid pro quo in Kiev, Nuland said it was “offensive to suggest that the U.S. does tradeoffs.” Offensive or not, it’s worth asking: What exactly has Russia gained? Two things, actually—but neither really qualifies as a wholesale sellout of Kiev.

Establishing the Nuland-Karasin diplomatic channel gives Russia something it has always craved: a bilateral format to decide the Ukraine crisis with the United States, and one that doesn’t include the Ukrainians. It’s exactly the kind of great-power politics—where big countries decide the fates of small ones—that the Kremlin loves. And with all the predictable echoes-of-Munich allusions, it is also horrible optics. But in and of itself, the Nuland-Karasin channel doesn’t really give Moscow anything deliverable.

The second thing Russia has gained came on July 16, when the Ukrainian parliament passed the first reading of constitutional amendments that would grant more power to the country’s regions. After intense lobbying from Nuland, the legislation included the line that: “The particulars of local government in certain districts of the Donetsk and Luhansk regions are to be determined by a special law.”

This was widely interpreted as giving Russia what it really wants in Ukraine: a dysfunctional federalized state where its proxies in the separatist-held areas of Donbas will be able to paralyze decision-making in Kiev. The United States and the European Union have been pushing Ukraine to grant greater autonomy for Donetsk and Luhansk and the legalization of separatist forces, as stipulated by the Minsk ceasefire, before Russia and its proxies cease military operations and pull back heavy weapons.

But the legislation that passed its first reading on July 16 doesn’t actually give Russia anything—at least not yet. The amendments still need to win a two-thirds majority in parliament in their final reading, far from a certainty—especially given the mood of the Ukrainian public, which is strongly opposed to granting autonomy to the rebel-held areas and legal recognition to their leaders. And even then, the separate law that will determine Donetsk and Luhansk’s status won’t be drafted and debated until the autumn.

All of which effectively leaves us pretty much where we were before: in a stalemate. Ukraine insists that Russia fulfill the military end of the Minsk deal before it fulfills the political end; and Russia insists that Ukraine deliver the political changes first.

Writing in the pro-Kremlin daily Izvestia, the Russian political commentatorAleksandr Chalenko wrote that “the Minsk process is deadlocked” and Moscow should just consider annexing the separatist-held territories. Similarly, a recent article by defense analyst Valery Afanasyev in the influential military journalVoennoye Obozreniye argued that the rebel territories should be turned into “a second Belarus … an autocratic state completely dependent on Moscow.”

This could be seen as an implicit threat to annex these territories or turn them into a protectorate. But Russia’s dirty little secret is that these are the last things it wants. Who, after all, would want to be saddled with the cost of rebuilding and the hassle of administering these places?

And Russia’s dirty little secret is no longer so secret. It’s clear to anybody paying attention that Moscow’s endgame is to embed these territories back into Ukraine as a Trojan horse. And it is desperate to cut a deal to secure this result.

“As long as Putin is in Ukraine, he is dependent on others. And this dependence can be used,” the Ukrainian political analyst Petr Oleshchuk wrote.