President Barack Obama is introduced by Secretary of State John Kerry before speaking at the Countering Violent Extremism (CVE) Summit, Thursday, Feb. 19, 2015, at the State Department in Washington.

In a three-day summit on countering violent extremism held in Washington, D.C. this week, President Barack Obama repeatedly argued that ascribing a global security threat to “violent Islamic extremism,” plays into an anti-Muslim narrative exploited by terrorist groups such as the Islamic State. But with the focus of U.S. leadership deflected to domestic politicking over diction, the meeting concluded Thursday without a clear plan of action for reversing the Islamic State’s recruiting momentum, or for dealing with extremism’s root causes: bad governance, economic desperation and disenfranchisement.

“Violent extremists and terrorists thrive when people … are able to isolate each other and label them as ‘they’ as opposed to ‘us,’” Obama said Thursday at the State Department. He echoed his comments from Wednesday: “We are not at war with Islam. We are at war with people who have perverted Islam.”

Critics from Sen. Ted Cruz, R-Texas, to former Florida Gov. Jeb Bush, both jockeying for the Republican nomination in 2016, weren’t buying it.

“This bizarre, politically correct doublespeak is simply not befitting a commander in chief whose first obligation should be to protect the United States of America,” Cruz said on Fox News Wednesday. “What undermines the global effort is for the president of the United States to be an apologist for radical Islamic terrorists, to analogize it to the Crusades from 700 years ago.”

Bush also suggested Obama is an apologist on national security, and made sure to pepper his foreign policy coming-out speech Wednesday with the “radical Islamic terrorism” rhetoric that the president’s critics are calling for. “The more we try and ignore that reality, the less likely it is that we’re going to develop an effective strategy,” Bush said.

But Obama’s argument, also employed by his predecessor and Jeb Bush’s brother, former President George W. Bush, is as much tactical rationale as moral appeal — the Intelligence Community assesses that the Islamic State is recruiting foreign fighters faster than they can be taken out on the battlefield by mostly U.S. airstrikes. As State Department spokeswoman Marie Harf put it Monday (to lambasting from conservative media), “We’re killing a lot of them, and we’re going to keep killing more of them. So are the Egyptians. So are the Jordanians … We cannot kill our way out of this war. We need, in the longer term – medium and longer term – to go after the root.”

The argument that the U.S. and its allies will win the war against the Islamic State with hearts and minds rather than shock and awe is familiar, but the tech- and social-media savvy of the Islamic State is not — according to Nicholas Rasmussen, director of the National Counterterrorism Center, it is unprecedented.

We are not at war with Islam. We are at war with people who have perverted Islam.
President Barack Obama

While critics don’t find the hearts and minds argument compelling, it was echoed repeatedly at the Countering Violent Extremism summit itself. However beleaguered by domestic politics, agency infighting and disorganization and technical difficulties, representatives from more than 60 countries attended the State Department session on Thursday — a number of which are part of the coalition engaged in the military operation against the Islamic State, happen to be Muslim and have suffered violence from the terrorist group or its fans, on their own soil.

United Nations Secretary General Ban Ki-Moon said the Islamic State may be using sophisticated technology to disseminate its propaganda, but it is also relying on old tricks to terrorize, such as beheadings and kidnapping for ransom, a “deliberate strategy of shock and awe … to provoke and divide us.”

But he also acknowledged (as have others) that some members of the coalition against the Islamic State, as well as some in attendance, represent governments who do not have a sparkling clean record on the protection of human rights or good governance, which the event’s hosts said are crucial to countering violent extremism. The summit participants included the foreign minister of Egypt and the head of the Federal Security Service of Russia, both governments who have been criticized for crackdowns on dissension.

“The most effective recruiting agents for extremists are the very strategies taken against them,” Ki-Moon said, cautioning the participants not to “use the fight against terrorism and extremism as protection against one’s critics.” “Military operations are crucial to confront real threats,” he said, but the most powerful tools will not be force.

Nasser Judeh, the minister of foreign affairs for Jordan, argued that Muslim countries are uniquely positioned to most effectively counter the Islamic State narrative.  Jordan is a crucial ally in the military operation against the Islamic State who has stepped up its direct involvement in the wake of the brutal murder of a Jordanian pilot captured by the terrorist group.

“We in the region and particularly in Jordan, we will lead and we will assume responsibility because we have to give it an Arab Muslim stamp,” he said. “If anyone had any doubt that this is our war as Muslims, and our collective war as an international community, that doubt has been removed … each one of us in this room is target.”

But to Judeh’s point that “we have to use technology for us, not let it be used against us,” none of the speakers Thursday morning pointed to progress in countering the Islamic State’s media messaging.

Rasmussen said the evolution of terrorism has “accelerated with the decentralization of the Al Qaeda movement” resulting in the increased likelihood of “more frequent, low-level attacks against all of us.”

“ISIS illustrates the transformation of the global extremism movement,” Rasmussen said, calling it a “case study in the evolution of the threat we’re seeing.” ISIS is “agile and highly capable in its use of social media … and they’re able to do this in ways other terrorist groups have not yet done.”

While Obama in his remarks Thursday announced a new position, a “U.S. Special Envoy and Coordinator for Strategic Counterterrorism Communications,” and a digital counterterrorism communications center with the United Arab Emirates, the meeting did not produce a defined outline for an action plan. In her closing remarks Thursday evening, national security advisor Susan Rice did not detail what she described as additional funding, programming, partnerships and meetings. White House officials have described the summit as more of a “check-in” and progress report on the non-military side of the Islamic State fight, and said it will build toward meetings around the U.N. General Assembly gathering in September.

“Let us leave today with a renewed commitment,” she said. “Our timeline for success may be measured in years, if not decades, but we will prevail.”

In his introduction to Obama on Thursday, Secretary of State John Kerry highlighted the risks posed by trying to bring together such a broad coalition for such a complex task amid an immediate threat from the Islamic State. “Terror is their obsession. That’s what they do,” he said. “And if we let them, their singleness of purpose could actually wind up giving them a comparative advantage.” 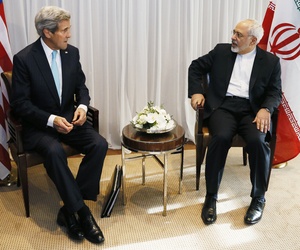 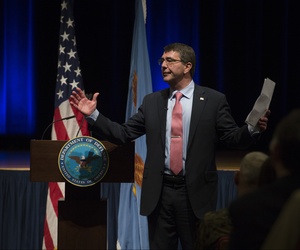 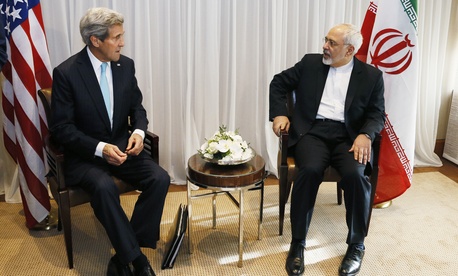 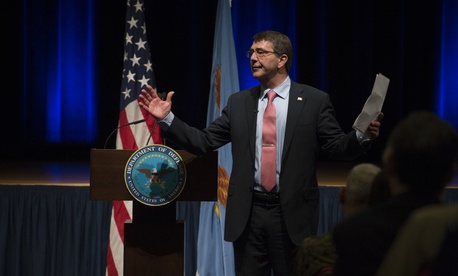