Despite what many liberal Iranians think, it could spur the regime to put hardliners in power instead.

Why are liberal Iranian-Americans, usually so critical of the regime in Tehran, now so passionately arguing that the world powers should, in effect, allow that same regime to do as it pleases—so long as it promises not to build a nuclear arsenal?

Trita Parsi, founder of the National Iranian American Council, or NIAC, is no apologist for theological thugs, yet these days he’s one of the most ardent proponents of a nuclear deal. When he’s not fulminating against Israeli prime minister Binyamin Netanyahu for trying to put a wrench in the works, Parsi is making the case that Iran, like Cuba, should be spared economic sanctions. (As I have argued, the two are very different.)

Likewise, the author and commentator Hooman Majd has no blinkers over his eyes when it comes to the Iranian regime: his superb memoir, “The Ministry of Guidance Invites You to Not Stay,” a must-read for anyone interested in Iran, is a deeply reported and experienced account of life in the Islamic Republic. And yet, Majd argues that the West should give the Iranian regime a deal that allows it to preserve its dignity.

Why? Because they have convinced themselves that a deal with the regime will automatically be good for the Iranian people. With the economic sanctions lifted, in exchange for Tehran’s promise not to make nuclear weapons, money will flow into the long-stifled Iranian economy—creating jobs, opportunities and wealth for a people who really, desperately deserve a break.

Another assumption—one they seem to share with the Obama administration—is that a nuclear deal will be a big triumph for reformist politicians, President Hassan Rouhani among them, and give them the political capital to overcome resistance from hardliners. The economic windfall from sanctions relief will translate into more votes for reformists in the 2016 legislative elections, overturning the conservatives’ current majority. This will set the stage for political and social reforms that will finally free Iran from its theological shackles. This, too, would be a great outcome for ordinary Iranians.

If a deal is not reached, some have argued, the reformists will lose all credibility, and the hardliners will prolong their reign in Tehran, keeping the populace under tight leash. The deadline for a draft agreement between Iran and the “P5+1″ group is March 31.

If the outcomes imagined by those favoring a nuclear deal were even likely—never mind certain—their arguments would be iron-clad. After all, who would not want the beleaguered Iranian people to get a shot at a better future, economic and political?

But there are serious problems with these assumptions. Start with the impact of sanctions relief. There is as yet little to suggest that the Iranian regime intends to spend the resulting windfall on making life better for ordinary citizens. This is, let us remind ourselves, a government that has long deprived its people while fattening those closest to the regime, like the Revolutionary Guard. It is a safe bet that corrupt officials and generals will take the largest share of any windfall.

A great deal of the fresh money will also go to expanding Iran’s ambitions in its neighborhood. Proxy groups like Lebanon’s Hezbollah, Gaza’s Hamas and Yemen’s Houthis will all receive larger injections of money and weapons, with which to further destabilize their countries. Syria’s Bashar Assad, Iran’s preferred Shia dictator, will also be needing more support as he is squeezed between ISIL and a resurgent Nusra Front. Expect more Iranian money to flow into Afghanistan and Pakistan, where Shia minorities face Sunni persecution.

If there’s money left over, some of it will go to buying the Revolutionary Guards a new arsenal of conventional weapons, to make up for long years of neglect because of the sanctions. That might work out very nicely for European, Russian and Chinese arms manufacturers, but not great for ordinary Iranians.

Then there’s the political outcome of a a nuke deal. Will it strengthen the reformists? That depends on whether you buy the idea that Rouhani is a reformist, in the first place. While he was certainly the least conservative of the presidential candidates allowed to run in the 2013 election, his credentials are not like those of Mir Hussain Mousavi and Mehdi Karoubi, who came closest to undermining the conservative stranglehold on power during the Green Movement of 2009. (It is telling that Karoubi and Mousavi, as well as his wife Zahra Rahnavard, remain under house arrest under Rouhani’s presidency.)

Rouhani was chosen and vetted by a process overseen by Iran’s Supreme Leader, Ayatollah Ali Khamenei, who holds true power. Despite winning by a landslide, with a popular mandate for reform, Rouhani has delivered no real change. The much-expected Iranian “glasnost”—the “openness” under Mikhail Gorbachev that signaled real change in the Soviet Union—has not materialized. Rouhani has issued some vague calls for referendums, without saying what exactly would be put to vote. He has made veiled criticisms of the Revolutionary Guards, but hasprotected them from anti-corruption campaigns. While he (along with Khamenei) uses social media like Twitter to communicate with audiences outside Iran, he has not extended that freedom to his own countrymen.

Rouhani’s apologists his efforts at reforms have been stymied by the hardliners, and that a nuclear deal will give him the ammunition to make those reforms real. But it strains credulity that a deal with the West will allow the president to do what what a landfall election win did not.

The hardliners have their own thoughts about a nuclear deal. If they have toned down some of their previous criticism of the negotiations, that is likely because, as the New York Times points out, “a general satisfaction… with the direction of the talks, and the successes Iran is enjoying, extending and deepening its influence in Iraq, Lebanon, Syria and Yemen.” The Supreme Leader himself has been, as is his wont, having it both ways, allowing the negotiations to proceed while calling for “Death to America.”

Rather than empower Rouhani and the reformists, a nuclear deal will mean they are of no further use to the conservatives, and ripe for toppling—or at least shoving aside. There are indications that the conservatives are shoring up their control of the country, most notably by electing one of their own to the council that will name a new Supreme Leader when Khamenei dies. Not only was Ali Akbar Hashemi Rafsanjani—a former president—and nominally a reformist—denied the post, his son was sentenced to 15 years for corruption and embezzlement. It was a chilling reminder of who’s really in charge in Tehran.

None of this is good news for ordinary Iranians. Or for anyone still clinging to best-case scenarios from a nuclear deal. 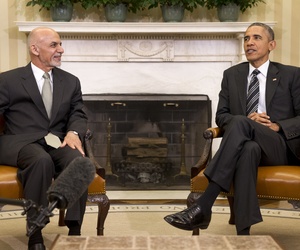 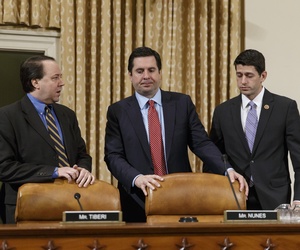 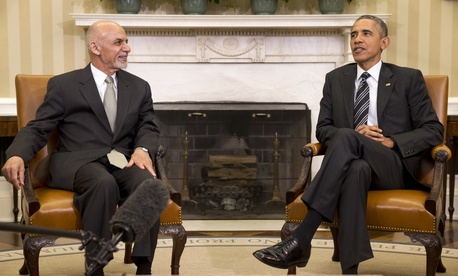 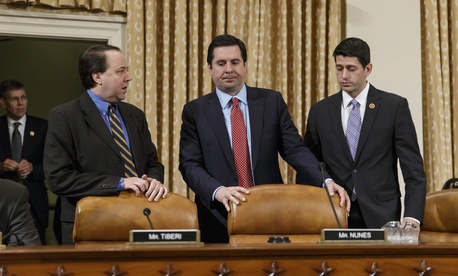