While the Senate debates freezing such transfers and keeping the prison open indefinitely, defense officials are laying plans to send inmates elsewhere.

The Obama administration intends to transfer up to 10 detainees from the Guantanamo detention center to other countries this month, a senior defense official told Defense One. These would be the first since transfers came to a pregnant pause in January.

“You’re likely to see some progress in June,” the defense official said Wednesday. “I just talked to the National Security Council and State [Department], so we can say maybe up to 10 — no specific timeframe, but in the near future. And then we’re actively engaged with a number of countries in additional negotiations regarding the 57 that are eligible. But sometime this summer, maybe June, up to 10.”

Of the prison’s 122 detainees, 57 have been cleared for transfer to other countries by the Pentagon as part of an interagency review.

Last year, the Obama administration sped up transfers in a race to empty the detention center before the Republican-led Congress could block attempts to close it. Those transfers came to a halt in January. In April, the Washington Post reported they might start again, and today, the official told Defense One that some June transfers are likely.

These would be the first prisoners to leave Guantanamo under new Defense Secretary Ashton Carter. In February, he replaced Chuck Hagel, who clashed with the administration over his recalcitrance to approve transfers. Ultimately, Hagel transferred 44 Guantanamo detainees — more than half of those in the weeks before he stepped down in November. Still, that was ten times more than his predecessor, Leon Panetta, who transferred just four.

Carter wants to close Guantanamo. “He has also said that he wants to take a holistic approach,” the official said. “So he wants to focus on the 57 who are cleared for transfer, but he wants to see what we’re doing with the rest of those. So he’s thinking about all 122, not just the 57.”

For Carter and others in the Obama administration, the official said, “There’s a been a lot of oversight and follow-up on the Hill, explaining why a specific transfer meets the statute; why somebody, who hypothetically is in Guantanamo because they’re not a choir boy, that threat can be substantially mitigated.”

On Wednesday, the Senate began considering the 2016 defense authorization bill, or NDAA, which over the years has become the main battleground for the fight to keep or close the prison.

Both existing versions of House and Senate NDAA would extend current restrictions on transferring prisoners to the United States, and restore stricter provisions stripped out in past years. In some cases, they would also add new obstacles, essentially blocking many of the third-party transfers. The House version would withhold 25 percent of Carter’s budget as punishment for what House Armed Services Chairman Rep. Mac Thornberry, R-Texas, characterized as foot-dragging on providing documents related to the detainees swapped for Bowe Bergdahl.

The Senate Armed Services Committee inserted a compromise provision drawn up by Chairman John McCain, R-Ariz., and Sen. Joe Manchin, D-W.Va.: the president can close the prison if he can draw up a plan that gets Congressional approval; if not, stricter restrictions go into effect.

“This legislation contains a bipartisan compromise on how to address the challenge of the detention facility of Guantanamo Bay,” McCain said in his opening statement on the floor Wednesday. “President Obama has said from day one of his presidency that he wants to close Guantanamo, but six and a half years into his administration, the President has never provided a plan to do so.”

SASC Ranking Member Jack Reed, D-R.I., voted against the bill and spoke against it on the floor. “One problem is the familiar, oft-debated and very complicated challenge of Guantanamo,” he said. “While we have had some carefully crafted compromise language in this bill, there are other provisions that reverse progress, particularly on the overseas transfers of detainees.”

The White House has threatened to veto the NDAAs as drafted, arguing they not only move backward rather than forward on closing the facility, but that portions are unconstitutional infringements on the executive.

“The bill also continues unwarranted restrictions, and imposes onerous additional ones, regarding detainees at Guantanamo Bay,” the administration policy statement on the Senate NDAA reads, repeating the veto threat. “These provisions undermine our national security by limiting our ability to act as our military, diplomatic, and other national security professionals deem appropriate in a given case.”

The administration also specifically rejected the provision touted by McCain, who has long supported closing the facility, saying, “This process for congressional approval is unnecessary and overly restrictive.” 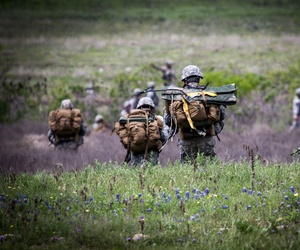 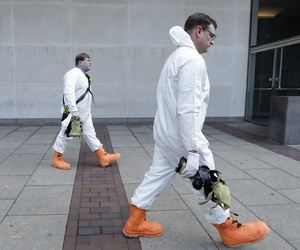 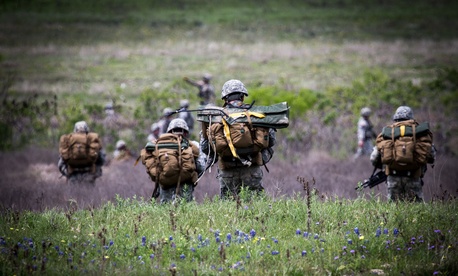 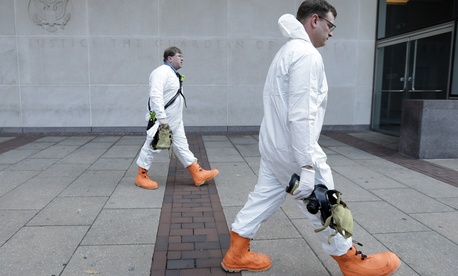