Pentagon spokesperson Dana White told reporters today the services are encouraged to talk about readiness shortfalls — but carefully, or in closed-door sessions with Congress.

They just have to do so carefully — or behind closed doors.

The day after a member of Congress criticized the Pentagon for a lack of transparency, its spokesperson said the building is committed to communicating with Congress and is not restricting what its leaders tell the public.

The lawmaker, Rep. Mike Gallagher, R-Wisc., was referring to guidance sent to military leaders last March, in which the Office of the Secretary of Defense warned against speaking too freely about the department’s readiness gaps. The Navy’s top admiral, Chief of Naval Operations John Richardson, had issued a similar directive to his service one day earlier.

On Thursday, Pentagon spokesperson Dana White said the memo did not restrict any military leaders from speaking honestly to members of Congress, especially in sessions closed from the public, but argued that the American public needed to be “confident” in the military’s ability to defend the nation.

“The services are allowed to talk about readiness,” White said at a Pentagon press briefing.

Pentagon leaders have been criticized for arguing that the Department of Defense is the most capable military ever created while also listing endless shortfalls in training, weapons, equipment, and funds.

The memo did not expressly forbid leaders to discuss readiness shortfalls. But it did command them to be “cautious.”

“While it can be tempting during budget season to publicly highlight readiness problems, we have to remember that our adversaries watch the news too,” the Defense Department memo reads. “Communicating that we are broken or not ready to fight invites miscalculation.”

Effectively, the guidance discouraged Pentagon leaders from concretely discussing capabilities and problems in public. Officials have cited it and the CNO’s guidance when declining to speak about those issues, and defense-minded members of Congress on Capitol Hill say it has made it harder to convince their colleagues to boost defense spending.

Related: The Pentagon’s Secrecy Is Undermining Its Quest for a Bigger Budget

Gallagher said on Wednesday that the guidance is a “catastrophic mistake.” At an annual naval conference in Arlington, Va., he said the public needs to hear “more than the usual talking points [and] generic warnings of risk.”

“Every year during posture hearings and budget time we hear about the threats facing our nation; these hearings don’t change much, except that they grow progressively weaker,” he said of the House Armed Services Committee.

The Pentagon says it is has communicated extensively with members on its authorizing committees and other lawmakers — just not in open settings for mass consumption.

“We’ve been very clear with the Congress behind closed doors about what we need, and we will continue to be very candid with them,” White said today. “But the American people need to be confident that we’re ready to fight tonight.”

White seemed to be saying that lawmakers are hearing from the Pentagon a more truthful, less-varnished description of U.S. military readiness than the public has received.

Last year’s OSD directive said leaders didn’t need to speak publicly about specific problems or shortages because political leaders were familiar with them.

“Know that [the secretary] is well aware of our readiness shortfalls, as are our elected leaders on both ends of Pennsylvania Avenue,” the March 2 memo reads. “They don’t need news stories to remind them. Help is on the way.”

But Congress doesn’t seem to be receiving the message — at least not as clearly as the department would like. To train its forces, maintain its equipment, modernize aging platforms, and otherwise address any readiness gaps, the Pentagon says it needs consistent, predictable funding. Defense Department leaders repeatedly warn Congress to stop funding the military through temporary continuing resolutions. Despite those warnings from the secretary, four-star officers and other top civilian and military officials, Congress passed three such funding extensions this year to keep the government running. The current funding measure expires on Jan. 19.

We have been working under a #ContinuingResolution for three years now. Today we are at day 1,116. pic.twitter.com/cPued0fj9A

A few weeks after the two memos were issued, the chairman of the House Armed Services Committee told reporters that the Pentagon’s desire to guard sensitive information — while understandable — makes it harder to convince other members to tackle the politically challenging budget debate.

“We need to do a better job of making readiness problems real — more concrete, not just a chart that is three different colors, but explaining what we’re really talking about,” said Rep. Mac Thornberry, R-Texas. “I’m not sure we’ve done well enough with that with members of the Armed Services Committee. Much less our colleagues. Much, much less the public at large.”

In fact, there has been a continuing resolution, or CR, every year since 2010, the year before the Budget Control Act was enacted. They’ve averaged 128 days into the fiscal year, according to analysis by Todd Harrison, the defense budget analysis director at the Center for Strategic and International Studies. Compare that to the last three decades: CRs happened, but their average length was just 32 days.

“We often hear people talk about, ‘Oh, you know, the budget process is worse than it’s ever been,’” Harrison said last month while discussing his new budget analysis. “It actually has gotten worse. You can quantify this.” 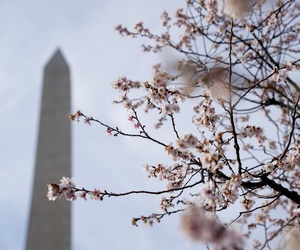 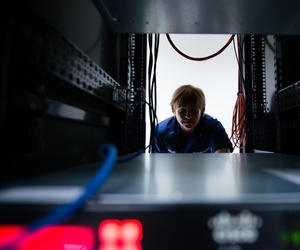 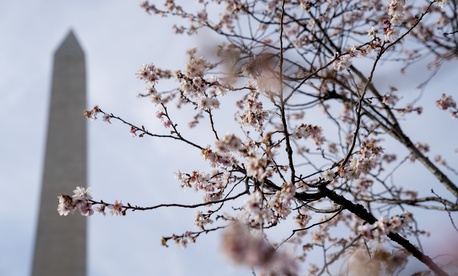 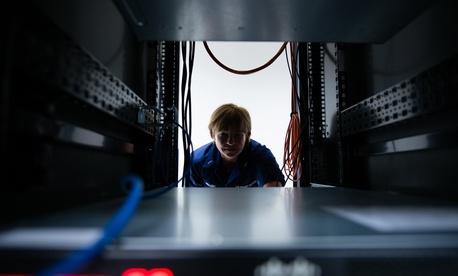