A U.S. soldier looks through binoculars to make visual contact with Turkish soldiers conducting a coordinated, independent patrol along the demarcation line near a village outside Manbij, Syria, July 16, 2018.

In March, President Donald Trump said that “very soon” he would bring U.S. troops home from Syria. Today, his defense secretary suggested any such drawdown remains far off.

In a rare Pentagon press conference, James Mattis said a drawdown must wait for more diplomatic progress toward a United Nations-negotiated peace in Geneva that deposes Syria’s Bashar al-Assad. Yet Assad continues to consolidate his power against a dwindling rebel movement, aided by Russia and Iran, even as pockets of ISIS fighters stand their ground.

“We need the Geneva process, the UN-recognized process, to start making traction towards solving this war,” Mattis said on Tuesday. “It really comes down to finding a way of solving this problem of Assad’s making.”

Mattis spoke the day after Trump and Germany’s Chancellor Angela Merkel discussed Syria by phone. “Russia is called upon to act in a moderating manner on the Syrian government and prevent a further escalation,” said Merkel spokesman Steffen Seibert.

Russian Defense Minister Sergei Shoigu also spoke up on Tuesday, saying Russian military officials were in talks with local fighters near Idlib, working for a peace deal there. Russia has attempted unsuccessfully to lead an alternative line of peace talks outside of the UN process with minimal or no support from the U.S. and other parties in the region.

Mattis rejected the notion that Moscow could convince Iranian and Iranian-backed militia groups to leave Syria.

“Let me just be very precise here. Our problem is not with Iran, it’s with the Iranian regime leadership, not the Iranian people,” he said.

The secretary scoffed at Russia’s overtures. “What are they doing in Syria in the first place, other than propping up someone who has committed mayhem and murder on his own people? They have no business there, and our goal is to move the Syrian civil war into the Geneva process so the Syrian people can establish a new government that is not led by Assad, and give them a chance for a future that Assad has denied them with overt Russian and Iranian support. So, we are asking for Russia to do what is the right thing in this case.

Tensions with Russia have increased in the past week. Russian officials alleged the U.S. was amassing new forces for a potential strike inside Syria against any Assad chemical weapons use. Yesterday, Russian naval assets moved into the Mediterranean, building up the task force off Syria to 10 surface ships and two submarines.

“There is one area of the middle Euphrates River valley that still has a significant ISIS presence. So, in the near term, we’re working with our SDF, working to clear that one area,” said Dunford. “What’s really important… is training the security forces necessary to stabilize those areas that have already been cleared of ISIS, and that is – that is going to take some time to do that.”

But how much time? Local forces and citizens have returned to towns like Raqqa, once the capital of the Islamic State’s self-proclaimed caliphate, but with minimal international aid and reconstruction funds. Senior U.S. military officials have called on Washington and other nations to boost non-military aid to help return basic services like water and electricity, what the military calls “stability operations.” But the fighting – and Assad’s claim to the country – have kept the world away.

“We won’t be ready to talk about reconstruction until there’s a political solution,” Dunford said.

A political solution seems a world away as Syria’s various groups continue to jockey for ground positions and dig in for long-term security. The plan to implement a truce between American and Turkish forces to provide joint security around the contested town of Manbij is proceeding slowly. Turkey objects to having U.S.-backed SDF forces in the area. The SDF includes Syrian Kurdish fighters, or YPG, which Turkey claims is a terrorist organization.

“There are very few YPG left in Manbij, if any,” and most are now east of the Euphrates River, Dunford said. U.S. and Turkish troops have started conducting independent patrols of the area, coordinating their communications but not marching together. “We are still planning with the Turks for combined patrols,” that would see Americans and Turks in unified ground units. Mattis said unspecified American equipment had arrived recently in Ankara to begin conducting combined training in Turkey before they can be sent into Syria together, but he had no estimate for when those first patrols would occur. The patrols are meant to be temporary until local personnel can be identified to take over their own security, which may be yet another battle to come.

Meanwhile, U.S. and international watchdog organizations in various reports have estimated this month that the number of ISIS fighters in Syria has risen back to perhaps as many as 40,000, which would equal their total end-strength at the terrorist group’s zenith three years ago.

Dunford rejected those estimates and said he’s looking at other metrics to measure the group’s actual strength, including that over the last two-and-a-half years ISIS has lost 98 percent of its ground territory and significant flow of foreign fighters.

“I don’t have high confidence in those particular numbers,” he said.

For now, the U.S. remains focused on the residual ISIS fighters in the middle Euphrates River valley and in Iraq.

“I certainly would not say that ISIS has the same strength that it had at its peak back in 2015. The statistics that I outlined for you clearly argue against that.” 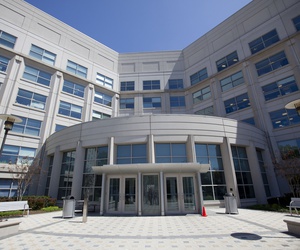 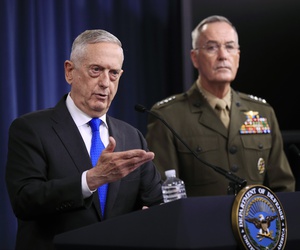 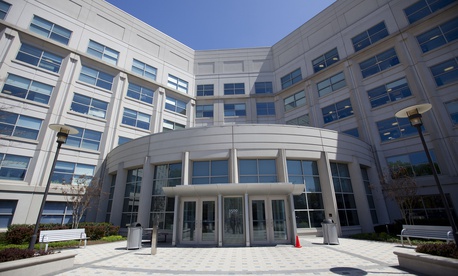 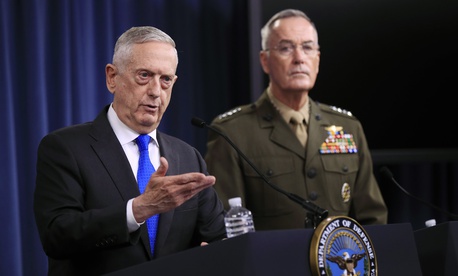