Former Air Force Secretary Heather Wilson and Gen. John Hyten appear before a Senate Armed Services Committee in Washington on July 30, 2019, for Hyten's confirmation hearing to be Vice Chairman of the Joint Chiefs of Staff.

His accuser, who took a front-row seat at his confirmation hearing, says the Air Force four-star is lying to Congress.

A four-star U.S. Air Force general appears poised to be confirmed as the No. 2 uniformed officer in the U.S. military, despite what Democratic lawmakers have described as “credible” allegations of sexual assault made by a junior officer.

Gen. John Hyten, who currently leads U.S. Strategic Command, categorically denied the accusations on Tuesday during his confirmation hearing to become vice chairman of the Joint Chiefs of Staff.

“Nothing happened, ever,” Hyten said.

Lawmakers on the Senate Armed Services Committee, who have spent three weeks digging into the allegations of multiple instances of sexual misconduct, told Hyten that they had been unable to substantiate the junior officer’s claims. Several Republican lawmakers explicitly declared the accusation against Hyten to be false.

Related: Gen. Hyten to Get His Senate Confirmation Hearing

Hyten’s accuser, Army Col. Kathy Spletstoser, sat in the first row throughout his confirmation hearing. She stared straight ahead, her face impassive. Only as former Air Force Secretary Heather Wilson introduced the general did she appear to react, working her jaw silently as Wilson declared, “I believe the Senate will come to the same conclusion I did. Gen. Hyten was falsely accused and this matter should be set aside as you consider his nomination.”

Speaking to reporters after the hearing, a visibly emotional Spletstoser said that Hyten had lied to lawmakers. “You just had a four-star general get up in front of the American people and in open testimony and make false official statements under oath. The bottom line is, he lied about sexually assaulting me.”

The roughly two-hour hearing raised controversial and painful questions about how the military handles allegations of sexual assault, which anonymous survey data suggested hit a four-year peak of 20,500 servicemembers in 2018.

Both Hyten and Spletstoser have been interviewed by the committee behind closed doors in recent days. Although lawmakers uniformly said they couldn’t prove the allegations didn’t happen, they were divided on whether that exonerated Hyten. Sen. Mazie Hirono, D-Hawaii, said that “while we have not been presented with any corroborating evidence, the lack of it does not necessarily mean that the accusations are not true.”

Still, remarkably, even Democratic lawmakers declined to explicitly praise or credit Spletstoser’s story from the dais on Tuesday. Her most natural likely defenders on the committee, Sens. Elizabeth Warren, D-Mass., and Kirsten Gillibrand, D-N.Y., are both running for president in 2020 and are in Detroit this week for a primary debate.

Hyten’s most important defender on Tuesday was also a woman. Sen. Martha McSally, R-Arizona—closely watched as an Air Force veteran who was raped by a superior officer while she was a cadet at the Air Force Academy—said in a statement from the dais that Hyten was innocent. “This wasn’t just a jump ball. Not a he-said, she-said,” McSally said. “Not a situation where we just couldn’t prove what allegedly happened…The full truth was revealed in this process.”

Spletstoser worked under Hyten at Strategic Command from late 2016 to spring of 2018, when she was removed from her post and transferred back to the Army following an administrative review into her leadership style. She has publicly alleged a pattern of unwanted contact by Hyten during that time, including a December 2017 incident in which she says he entered her room at a high-profile security forum in California, pressed himself up against her and ejaculated against her pants leg. The administrative review of Spletstoser’s behavior was launched in 2018 and drew numerous statements from other officers who described her leadership style as “toxic.” Hyten had given her numerous glowing performance reviews before the administrative review was launched.

An Air Force investigation did not find sufficient evidence to levy criminal charges or recommend administrative penalties for Hyten over the allegations.

“You did nothing to change that course until the [administrative] 15-6 investigation was brought forward, and you continued to endorse her. You only did something about it when concerns were raised about your own leadership,” Ernst said. “All of this suggests a conflict between your personal inclinations and your professional responsibilities.”

Hyten said that he acted as soon as Spletstoser’s alleged conduct was brought to his attention. Spletstoser denies displaying “toxic” leadership qualities, comparing her style to that of Gen. Mark Milley, the incoming Joint Chiefs chairman.

Prompted by Sen. Tom Cotton, R-Ark., Hyten testified that Spletstoser had also made 34 allegations of a nonsexual nature against him and other Strategic Command officers since she was relieved, including six against Hyten, 24 against his chief of staff, two against his deputy commander and two against the Air Force four-star who investigated the case. None were substantiated, Hyten said.

Spletstoser said she did not recall bringing any other complaints beyond the sexual assault allegation against Hyten.

She acknowledged the difficulty in her case. “I stated up front, this will be a classic he-said, she-said,” she said. “I don’t know whether he has done it to anyone else and the only reason I’m even here today is because I had a moral responsibility to at least tell the truth to ensure that he doesn’t get the opportunity to do it to somebody else in the next four years as vice chairman.”

Lawmakers have grappled over whether allegations of sexual assault should be taken out of the traditional chain of command to avoid conflicts of interest—something that critics of such a move say might have the opposite effect by inoculating senior leaders from ultimate responsibility for dealing with the broader incidence of sexual assault under their purview.

“The chain of command has to be involved for this problem to be fixed,” Hyten said.

Two committee members, Warren and Sen. Tammy Duckworth, D-Ill., had previously argued that Hyten should have been relieved of his posting while the Air Force investigated the allegations. They suggested that he was given preferential treatment because of his pending nomination to become the vice chair of the Joint Chiefs of Staff.

McSally said Tuesday that “false allegations like these” have “collateral damage” in the military, including the risk that male military leaders might retire rather than accept a promotion, avoid choosing women for key positions or “think twice about discipling female subordinates for fear of false sexual assault claims in retribution.”

Sexual assault victims advocates—as well as Spletstoser—argue that confirming Hyten will send a message to other servicemembers that there is no point in reporting attacks.

“I knew the message it could send to sexual assault survivors who haven’t seen all the information on the case I have,” McSally said, insisting that “the process I witnessed was strong, fair, and investigators turned over every rock to seek justice.”

Wilson in her introduction also suggested that there is significant nonpublic evidence to rebut Spletstoser’s story. “We all know that sexual assault is a highly charged issue, more so today than perhaps at any time in our history,” she said. “Difficult in any environment, it is even more so when your decisions as senators are public but not all of the information will be.”

Spletstoser supports the release of the Air Force investigation’s report, which she says contains evidence that corroborates her version of events. But she also calls the report “the illusion of process,” and claims that certain key communication records were lost or not included.

“The fact is, had he not prematurely ejaculated at Reagan, he could have raped me,” she said. 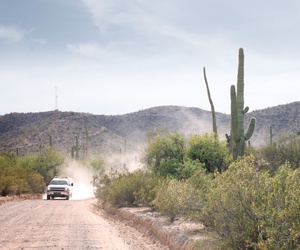 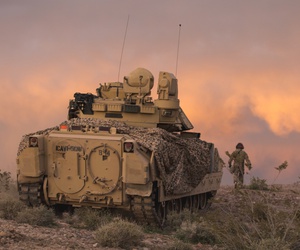 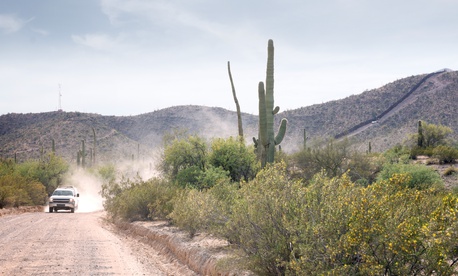 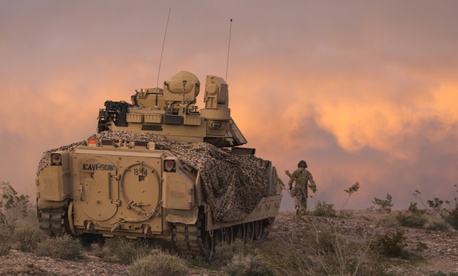