Federal Agencies Tap Data Visualization to Track and Mitigate the Spread of COVID-19
Skip to Content
Get all our news and commentary in your inbox at 6 a.m. ET.
Science & Tech
Researchers Use 3D Printing To Create Bomb-Sniffing Dog Noses 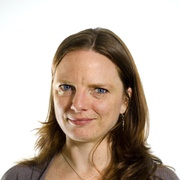 Bomb-sniffing dogs (and their noses) have for some time been part of federal efforts to detect drugs and explosives at airports and other checkpoints.

Now, a new $228,977 3-D printer will churn out some of the best artificial dog noses anywhere.

Because dogs are precision sniffers able to distinguish odors from a greater distance than ordinary vacuums, scientists at the National Institute of Standards and Technology wondered how much the shape of the creatures’ noses factored into their skill.

The devices expel strong airjets away from the nostrils -- as real dogs do, when exhaling -- which helps pull in new smelly air “from impressive distances,“ according to NIST scientist Matthew Staymates. The process repeats up to five times a second.

(Read More: The Defense Industry Is Expanding the Use of 3D Printing)

Dog noses have about 50 times as many olfactory receptors as humans and a huge portion of their brains are devoted to processing that data, according to Paul Waggoner, senior scientist at Auburn University’s Canine Detection Research Institute who is not directly involved with the NIST project.

But the quick sniffs help, too. In fact, Waggoner said. “If you watch or look at somebody who’s apprenticed to become a master wine or food taster, they begin to take on some of the same characteristics,” he said, referring to the repeated inhales.

Staymates and his colleagues at NIST’s Material Measurement Laboratory use their printed noses in “flow visualization experiments in our schlieren optical system,” he said, referring to a device that can visually render variation in air temperature and density and thus colorfully depict vapor flows.

The research -- published in a host of specialized scientific journals -- informs security-checkpoint technology developed by the private sector.

The new printer, the Connex 500 , is able to print multiple substances into one object, so designers can specify the hard and soft parts of the model dog nose.

The printer -- which won’t be used solely or even primarily for dog noses, by the way -- has been sitting for several weeks on a pallet near its new home among other additive manufacturing machines at NIST in Gaithersburg, Maryland, waiting for installation by employees of Stratasys, the company that makes the printers.

The agency originally ordered a Connex 350, but Stratasys offered the NIST an upgrade to the Connex 500 for no additional cost, NIST officials said.

The artificial noses aren’t actually used at security checkpoints. “This is strictly a research tool that we’re using in a larger research program,” Staymates said. But the scientists do share their findings, which inform tomorrow’s vapor sampling devices.

NEXT STORY: Preparing for Future Catastrophes, the VA Reaches to the Past