Image via US Army RDECOM

Inside the Pentagon’s efforts to create a super-soldier — and change the future of the battlefield.

Retired four-star general Paul F. Gorman recalls first learning about the “weakling of the battlefield” from reading S.L.A. Marshall, the U.S. Army combat historian during World War II. After interviewing soldiers who participated in the Normandy beach landings, Marshall had learned that fatigue was responsible for an overwhelming number of casualties.

“I didn’t know my strength was gone until I hit the beach,” Sergeant Bruce Hensley told Marshall. “I was carrying part of a machine gun. Normally I could run with it … but I found I couldn’t even walk with it. … So I crawled across the sand dragging it with me. I felt ashamed of my own weakness, but looking around I saw the others crawling and dragging the weights they normally carried.” Another officer told of the effects of “fear and fatigue.”

“Soldiers get tired and soldiers get fearful,” Gorman told me last year. “Frequently, soldiers just don’t want to fight. Attention must always be paid to the soldier himself.”

For decades after its inception in 1958, the Defense Advanced Research Projects Agency—DARPA, the central research and development organization of the Department of Defense—focused on developing vast weapons systems. Starting in 1990, and owing to individuals like Gorman, a new focus was put on soldiers, airmen, and sailors—on transforming humans for war. The progress of those efforts, to the extent it can be assessed through public information, hints at war’s future, and raises questions about whether military technology can be stopped, or should.

Gorman sketched out an early version of the thinking in a paper he wrote for DARPA after his retirement from the Army in 1985, in which he described an “integrated-powered exoskeleton” that could transform the weakling of the battlefield into a veritable super-soldier. The “SuperTroop” exoskeleton he proposed offered protection against chemical, biological, electromagnetic, and ballistic threats, including direct fire from a .50-caliber bullet. It “incorporated audio, visual, and haptic [touch] sensors,” Gorman explained, including thermal imaging for the eyes, sound suppression for the ears, and fiber optics from the head to the fingertips. Its interior would be climate-controlled, and each soldier would have his own physiological specifications embedded on a chip within his dog tags. “When a soldier donned his ST [SuperTroop] battledress,” Gorman wrote, “he would insert one dog-tag into a slot under the chest armor, thereby loading his personal program into the battle suit’s computer,” giving the 21st-century soldier an extraordinary ability to hear, see, move, shoot, and communicate.

At the time Gorman wrote, the computing technology needed for such a device did not yet exist. By 2001, however, DARPA had unveiled two exoskeleton programs, and by 2013, in partnership with U.S. Special Operations Command, DARPA had started work on a super-soldier suit called TALOS (Tactical Assault Light Operator Suit) unlike anything in the history of warfare. Engineered with full-body ballistics protection; integrated heating and cooling systems; embedded sensors, antennas, and computers; 3D audio (to indicate where a fellow warfighter is by the sound of his voice); optics for vision in various light conditions; life-saving oxygen and hemorrhage controls; and more, TALOS is strikingly close to the futuristic exoskeleton that Gorman first envisioned for DARPA 25 years ago, and aims to be “fully functional” by 2018. “I am here to announce that we are building Iron Man,” President Barack Obama said of the suit during a manufacturing innovation event in 2014. When the president said, “This has been a secret project we’ve been working on for a long time,” he wasn’t kidding.

It was the collapse of the Soviet Union that accelerated many of DARPA’s most radical super-soldier science programs. The revelation that the Soviets had developed an extensive biological-weapons program caused DARPA to bring biologists into its ranks, and with the life sciences at the fore, DARPA began to look inside the human body, toward a scientific capability that could transform soldiers from the inside out.

“Soldiers having no physical, physiological, or cognitive limitation will be key to survival and operational dominance in the future.”

In 1999 DARPA created the Defense Sciences Office (DSO) and made Michael Goldblatt its director. Goldblatt was a biologist and venture capitalist from the Midwest who, during the food-related national health scare that followed three children’s deaths from eating E. coli-contaminated hamburgers at Jack in the Box restaurants, became hyper-aware of pathogens. “A guy I was working with, Alvin Chow, and I came up with a technology for self-sterilizing packages … that sterilized products in the field,” he told me in a 2014 interview. Thinking the technology could be useful to the government, he called Larry Lynn, the director of DARPA. “I told Larry … how [the self-sterilizing packages] could be used in field hospitals or on the battlefield. Larry was blown away. He said, ‘We want you to come to DARPA.’ And I did.”

The turn of the century “was a radical time to be at DARPA,” Goldblatt said. He believed that defense sciences could demonstrate that “the next frontier was inside of our own selves,” and he became a pioneer in military-based transhumanism—the notion that man can alter the human condition fundamentally by augmenting the body with machines and other means. At the time, the threat from biological warfare was in his words “growing far faster than the solutions were coming in. … [President] Clinton gave lots of money to the countermeasures program for unconventional pathogens,” with the result that DARPA had plenty of funding for biology programs. Goldblatt saw the creation of the super-soldier as imperative to 21st-century warfare.

Goldblatt ran the DSO until 2004, and when he spoke to me last year, he could only describe unclassified programs. More than 10 years after his departure, the status of the “super-soldier” pursuits he helped launch is murky; DARPA’s highest-risk, highest-payoff programs remain secret until they are unveiled on the battlefield. Still, given the progress of the exoskeleton, these or similar programs could be closer to reality than anyone realizes.

One idea was to find a way to get a wounded soldier to go into a kind of suspended animation until help arrived. Bears hibernate. Why can’t man?

“Soldiers having no physical, physiological, or cognitive limitation will be key to survival and operational dominance in the future,” Goldblatt told his program managers a few weeks after his arrival. One program in the DSO, called Persistence in Combat, addressed three areas that slowed soldiers down on the battlefield: pain, wounds, and excessive bleeding.

Goldblatt hired a biotechnology firm to develop a pain vaccine. If a soldier got shot, Goldblatt explained, the vaccine would “reduce the pain triggered by inflammation and swelling,” the desired result being “10 to 30 seconds of agony then no pain for 30 days.” Such a vaccine would allow the warfighter to keep fighting so long as bleeding could be stopped. To develop new ways to try to stop bleeding, Goldblatt initiated another program that involved injecting millions of microscopic magnets into a person, which could later be brought together into a single area to stop bleeding with the wave of a wand.

Another idea was to find a way to get a wounded soldier to go into a kind of hibernation, or suspended animation, until help arrived. Achieving this goal would give a soldier precious hours, or even days, to survive blood loss and avoid going into shock while awaiting evacuation or triage. Bears hibernate. Why can’t man? Could a chemical compound produce such a state?

What if soldiers could have 10 times the muscle endurance of enemy soldiers? What if they could leap seven feet or do 300 pull-ups a day?

Sleep, too, was a focus of intense research at DSO. In the Continually Assisted Performance program, scientists worked on ways to create a “24/7 soldier,” one who required little or no sleep for up to seven days. If this could be achieved, an enemy’s need for sleep would put him at an extreme disadvantage. Goldblatt’s program managers hired marine biologists studying certain sea animals to look for clues. Whales and dolphins don’t sleep; as mammals, they would drown if they did. Unlike humans, they are somehow able to control the lobes of their left and right brains so that while one lobe sleeps, the opposite lobe stays awake, allowing the animal to swim. While some DARPA scientists ruminated over the question of how humans might one day control the lobes of their own brains, other scientists experimented with drugs like Modafinil, a powerful medication used to counter sleep apnea and narcolepsy, to keep warfighters awake.

Other programs explored other questions. What if soldiers could have 10 times the muscle endurance of enemy soldiers? What if they could leap seven feet or do 300 pull-ups a day? Under the DSO banner, in a program called the Brain-Machine Interface, DARPA scientists studied how brain implants could enhance cognitive ability. The program’s first goal was to create “a wireless brain modem for a freely moving rat,” DARPA’s Eric Eisenstadt stated at a technology conference in 2002.The scientists would implant a chip in the rat’s brain to see if they could remotely control the animal’s movements.

“The objective of this effort,” Eisenstadt explained, “is to use remote teleoperation via direct interconnections with the brain.” The bigger objective was to allow future “soldiers [to] communicate by thought alone. … Imagine a time when the human brain has its own wireless modem so that instead of acting on thoughts, warfighters have thoughts that act,” Eisenstadt suggested. But a 2008 report by defense scientists raised some warnings. “An adversary might use” brain technology “in military applications. … An extreme example would be remote guidance or control of a human being.” Other critics said that the quest to enhance human performance on the battlefield would lead scientists down a morally dangerous path.

This article has been excerpted from Annie Jacobsen’s new book, The Pentagon’s Brain: An Uncensored History of DARPA, America’s Top-Secret Military Research Agency. 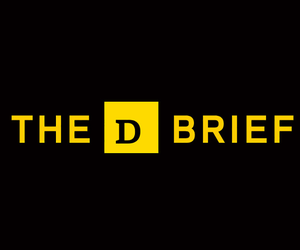 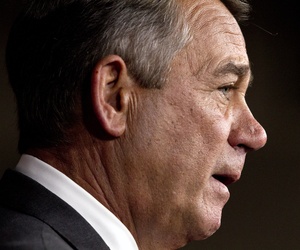 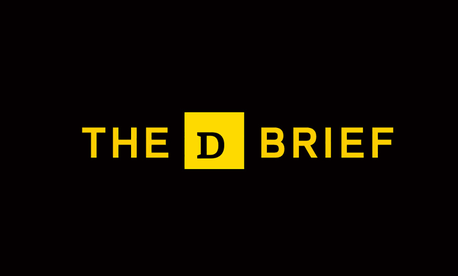 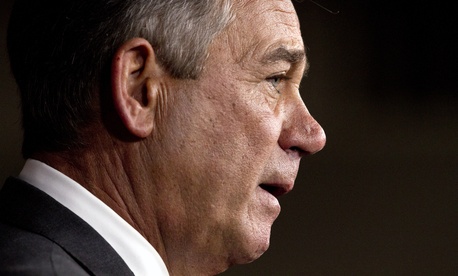