A Russian Soyuz 2.1b rocket carrying Meteor M satellite and additional 18 small satellites, lifts off from the launch pad at the new Vostochny cosmodrome outside the city of Tsiolkovsky, about 200 kilometers (125 miles) from the city of Blagoveshchensk.

Like a befuddled consumer facing an entire aisle of jams and jellies, the Pentagon can’t figure out how to buy smart in an exploding market.

The Pentagon’s drive to better harness orbital capabilities for missile defense, desert firefights, and everything in between is running “headlong into an acquisition process that doesn’t allow you to get there until the late 2020s,” retired Gen. Robert Kehler, a former commander of U.S. Strategic Command, told lawmakers Wednesday.

Current and former defense department officials have said that China and Russia may soon gain advantage over the United States in space communication — not for lack of technology but because of its overabundance, the Pentagon’s slow acquisition process, and the military’s inability to figure out what services it should be buying from commercial providers instead of making them itself.

It’s not simply that the Pentagon is slow to buy things, said Doug Loverro, the former deputy assistant defense secretary for space policy. Rather, Loverro said, the United States has too many options and too little understanding of why one satellite, service, or gadget would be better than any other. “We have not centralized thinking about space the same we have centralized thinking about land and sea,” he told the House Armed Armed Services Committee.

Right now, the U.S. Air Force is looking at how private companies might fill the military’s satcom needs, particularly the ground terminals that connect troops on the ground to orbiting assets. The analysis is intended, said Norman Yarbrough, the operations research analyst for the office of the deputy assistant defense secretary for C3, cyber, and business systems.

Speaking at an annual satellite conference in Washington, D.C., on Wednesday, Yarbrough said the Pentagon needs to figure out how to write formal requirements for satcom services.

“The people in the government don’t know what requirements to spec for,” he said. The key is to figure out where “the breakpoints are, where cost vs. performance really goes, then we know we have to cap the requirement.”

To get there, Yarbrough said the Pentagon ought to do more testing and evaluation of commercial equipment — trying to fry, hack, and break it. “That’s how we can learn, can buy down the risk of uncertainty before the department makes a mission. I’m thinking we’re going to do that. That’s where we going to put weapon systems against each one of these vendors demo satellites, or their initial constellations, so we can understand what are the risks for each,” he said.

Yarbrough added that the Department would likely be uninterested in paying for those tests and evaluations entirely by itself. Commercial entities that want to get more Pentagon communications business should consider how to partner with the military  in better testing, and perhaps be willing to accept some of the costs.

DOD and especially its Defense Advanced Research Projects Agency, or DARPA, are exploring the idea of relying more constellations of very small, cheaply produced and launched satellites in low earth orbit, or LEO, as opposed to big, expensively produced and -launched satellites that have to be shot into geosynchronous orbit, or GEO, DARPA head Steven Walker told reporters earlier this month.

Loverro said even that line of thinking is limited. “Kepler defined an infinite number of orbits. We use four by choice,” he said. “It may be convenient to be in GEO, but it’s not…wise” because that’s where satellites are the most vulnerable to attack, he said.

Yarbrough noted that LEO satellites have disadvantages as well. For example, ground stations — and drones, ships, boats, and radios — would likely need an extra antenna. “If they are going to take advantage of LEO, we’re probably going to have to put two antennas on them,” he said.

“I don’t think [LEO] meets everybody’s use case,” he said. “I don’t think it’s a broad use case for the department. A hybrid system…That’s what we’re trying to get,” he said.

LEO satellites could improve missile detection and defense, because they can pick up and transmit data faster than satellites in higher orbits. The Missile Defense Agency is looking into this notion, but has not moved to “exact use cases,” said one official.

Earlier this month, Gen. John Hyten, the head of U.S. Strategic Command, said his command and the Missile Defense Agency have agreed to work out an integrated set of requirements and programs “for how we use space and the infrared element of space, that persistent [intelligence and reconnaissance], to do all of these missions, to come into the department, to come into the congress next year with a fully integrated program to do the missile warning missions: the missile defense missions, the threat characterization missions, all of those pieces together. That work will be ongoing this year while at the same time, the technology work will be on going,” he said. 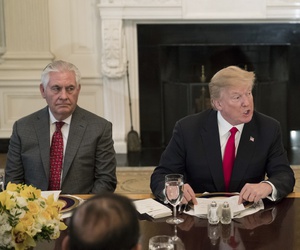 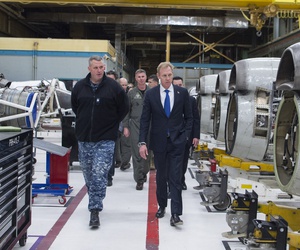 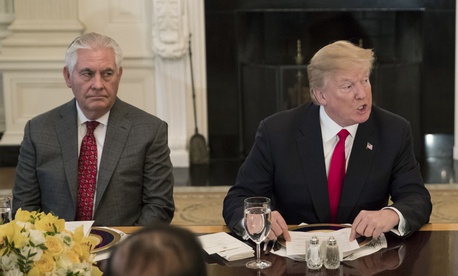 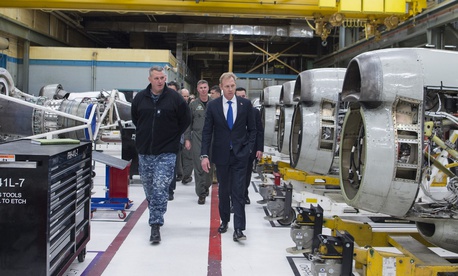