Before the end of the week, the Pentagon expects the Trump administration to take steps to pull out of the INF Treaty, citing Russian violations. “In early February, the United States is going to declare [it is] suspending its obligations under the INF” and announce its intention to withdraw six months later, James H. Anderson, assistant defense secretary for strategy, plans, and capabilities, told a crowd at Brookings on Wednesday. That will open the door to missiles with a range beyond 500 kilometers.

in 2017, Congress mandated that the Pentagon begin to look at the possibility of extending the range of certain conventional missiles. “We have limited our efforts strictly with research and development. We will continue along existing efforts with respect to potential systems that will be conventional in nature that could be used to increase our defensive capabilities in Europe,” Anderson said.

So the research has been conservative, so far. But Thomas Karako, a senior fellow in the International Security Program and Director of the Missile Defense Project at the Center for Strategic and International Studies, says that the demise of the INF will quickly usher in a new era of research and development. The cautious culture of acquisition will give way. The Pentagon will have a green light to, “no-kidding, be able to research and develop these types of capabilities,” he said.

Related: Is Nothing Better than Something? Trashing These Treaties Makes No Sense

Until the treaty took effect In 1988, the United States had hundreds of nuclear-tipped ground-launched cruise missiles, or GCLMs, and ballistic Pershing II intermediate-range ballistic missiles, or IRBMs. The GCLMs, in particular, could make a return.

A 2013 Joint Staff and Strategic Command report obtained by Breaking Defense looked at some of the ways that the U.S. military might quickly move longer-range missiles back into the field.

Beyond that, the withdrawal means that the Pentagon and contractors will be looking at various solid-propellent rocket components or sub-components that were limited in range to see if they can be repurposed or combined (stacked) to fly longer distances, according to Karako. “That means certain air- and sea-launched missiles from today, maybe putting them on land,” Karako said. Contenders include the sea-launched Tomahawk cruise missile (the GCLM was an adaptation) and the air-launched Joint Air-to-Surface Standoff Missile, or JASSM.

Even defensive missiles deployed to intercept incoming ICBMs and intermediate-range missiles, such as the SM-6 and SM-3 IIA could be converted into new offensive weapons. “I dare say the ground-based interceptors up in Alaska” could be modified and deployed to Europe or elsewhere, Karako said. These are the large interceptor missiles that the United States has buried in silos at Fort Greely to shoot down incoming ICBMs. Although they don’t have explosive warheads they are still multi-stage rockets with tremendous reach.

“Think of that as a couple of pretty robust solid rocket stages. If and when the INF treaty goes away, we ought to be thinking about how we can take what’s on the shelf and create new capabilities in a cost-effective way,” he said.

The U.S. Army was the most constrained by INF’s ban onland-based missiles. In 2017, Army Chief of Staff Gen. Mark Milley announced a major re-organization and a new list of priorities for the Army to pursue. Among them was a long-range precision fires program, also called an LRPF.

“Getting rid of INF would unshackle and perhaps simplify the Army’s desire for a strategic fire capability within the LRPF program” said Karako.

But Kingston Reif, a policy director at the Arms Control Association, said the cost of new cruise or ballistic missile systems would be much higher than the $6 billion or so it cost to field GLCMs and Pershings in the 1980s. Moreover, he says, they aren’t necessary.

“The United States can already deploy air-and sea-launched systems that can threaten the same Russian targets that new ground-launched missiles prohibited by INF Treaty would,” Reif said. “In addition, no European nation has agreed to host such a missile, which could take years to develop. And even if one in Eastern Europe did, such a deployment would be a significant source of division within the alliance—one Russia would be eager to try and exploit—be hugely provocative, and put missiles in a place where they would be especially vulnerable to Russian preemption,”

Reif said that the downsides of withdrawal is that it has no strategy to prevent Russia from building and fielding even more and new intermediate-range missiles. “With the treaty on the verge of collapse, it is not too soon, especially for NATO allies in Europe who would be most negatively impacted by new and more intermediate-range missile deployments, to pursue options to mitigate the damage done by the collapse of the treaty and head off a new missile race.” 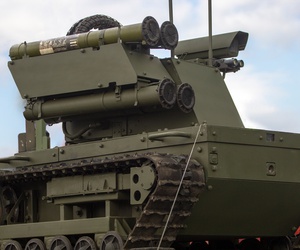 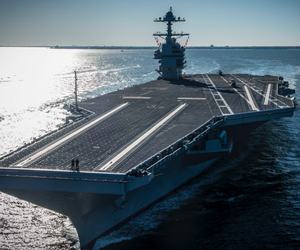 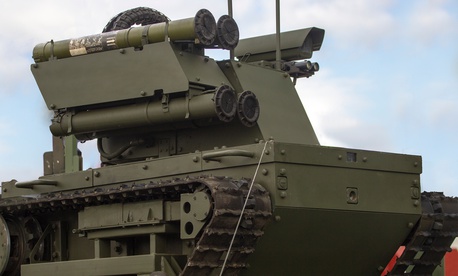 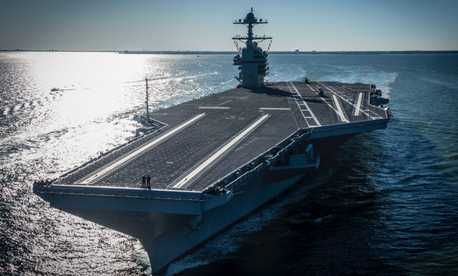