Perspecta's View: Six Steps for DES to Capture Innovation
Skip to Content
Get all our news and commentary in your inbox at 6 a.m. ET.
Threats
Freezing Out U.S. Security at Sochi Is a Counterterrorism Fail 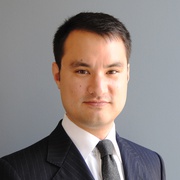 Sen. Angus King, I-Maine, recently had a disturbing opinion about the personal risk of attending this year’s Olympic Games, saying on CNN, “I would not go, and I don't think I would send my family.” When a senator who sits on both the Senate Intelligence and Armed Services Committees tells Americans it is unsafe to attend an international event in Russia, people should take note. Despite the threat, Moscow, which is spending some $2 billion on security, or almost $118 million a day, for the 17 days of the 2014 Games, would prefer to freeze out America’s efforts to help secure the Winter Olympics.

Putin should think twice if he thinks the Olympics are secure. Russia’s preeminent jihadist group, the Caucasus Emirate, or CE, intends to disrupt the games, even if Russian forces may have killed its leader, Doku Umarov. Given CE’s decentralized cell structure, terrorist violence in or around Sochi is still likely to occur and revenge can be a powerful motivator.

Terrorism is political theater, and the spectacular suicide attack has been CE’s calling card since its founding. The group has shown itself devastatingly effective in striking targets where people congregate en masse. In addition to December’s Volgograd train station bombing and two suicide attacks on local buses that killed scores of civilians, CE sent suicide bombers to hit Moscow’s busiest airport’s arrival hall in 2011 and its metro system at rush hour in 2010. They also blew up a high-speed Moscow-to-St. Petersburg train in 2009.

CE has been planning on striking Sochi for some time. As far back as 2012, Russia’s Federal Security Service announced it discovered ten large weapons caches it claimed a CE cell was to use to assault the Olympics, including surface-to-air missiles, mortars, anti-tank missiles and hundreds of grenades. Umarov’s call in July 2013 to disrupt the games with “maximum force” should not go unheeded, even if he is dead.

Sadly, once suicide bombers are en route to the target, there’s relatively little that can be done to stop them. Rather, to thwart an attack by a determined adversary, it will take good intelligence, thoughtful long-term planning, vigilant security personnel and luck.

Intelligence-sharing and disaster-response planning are areas where the U.S. can truly assist Russia, but if only the Russians will accept our help. So when House Intelligence Committee Chairman Mike Rogers, R-Mich., says, “We don’t seem to be getting all of the information we need to protect our athletes,” it rattles even the best counterterrorism analysts. It doesn’t help that U.S.-Russia counterterrorism cooperation as of mid-2011 was “close to zero,” according to David Rubincam, the FBI’s top representative in Moscow until 2012, in a Washington Post interview.

The U.S. certainly should provide Moscow as much counterterrorism intelligence as we can. We have hard-earned security and logistics knowledge from hosting major events like the Olympics and the Super Bowl. Russia, however, has decided to go its own way to secure the games, breaking with previous practices of international cooperation.

Compare that to the 2008 Beijing Olympics, when the U.S. and China -- another proud nation with hostile, coercive intelligence services -- worked together to keep those games safe. Among other efforts in the run-up to the Olympics, the FBI established joint Sino-American intelligence fusion centers and trained Chinese security personnel at Quantico. The U.S. even exported “sensitive” gear to China because our two nations had a common counterterrorism mission.

Even though the heads of the FBI and the National Counterterrorism Center are in regular contact with their Russian counterparts over Sochi security, the working relationship will never be as cooperative as the 2012 Olympics, when the U.S. and Great Britain very publicly worked hand-in-hand. Perhaps everything is happening behind closed doors.  But given the threat against Sochi, it’s surprising that Russia has been unwilling to embrace American assistance, other than a late-breaking request for our sophisticated counter-improvised explosive device technology.

As a result, the U.S. is rightly stepping up efforts to protect the 250 athletes and the estimated 15,000 Americans attending the games. The U.S. is stationing warships in the Black Sea so helicopters can evacuate people from Sochi if a terrorist attack occurs. American C-17 aircraft will be in Germany awaiting orders and can be over Sochi in two hours. The U.S. also has contracts with private aviation firms in order to evacuate people if necessary.

It’s ultimately up to Russia, as the host nation, to carry the burden of securing the Olympics despite the high probability for violence in and around Sochi. But brushing off American intelligence and law enforcement assistance is shortsighted. If something terrible occurs, Moscow will have no one to blame but itself.

Aki Peritz is a senior policy advisor at Third Way.