Arming Iraq’s civil war will do little to solve Iraq’s political dysfunction. Unless Maliki agrees to power sharing in his own country, Maliki is on his own. By Peter Mansoor

Recent events in Iraq are deeply disappointing, especially to those U.S. and coalition service personnel and their Iraqi allies who sacrificed so much to defeat al-Qaeda during the surge of 2007-2008. The potential creation of a terrorist caliphate in the Levant is of vital concern to the United States, creating difficult policy choices for the Obama administration. Al Qaeda’s resurgence, however, should come as no surprise given the backsliding of the administration of Iraqi Prime Minister Nouri al-Maliki and the jihadist safe havens created by the ongoing civil war in Syria.

Maliki’s targeting of a Sunni lawmaker, Ahmed al-Awlani, who was arrested on December 28 in an altercation with Iraqi security forces in which his brother was killed, triggered the most recent violence. Maliki followed up by sending in troops to disband an anti-government Sunni protest camp in Ramadi, the second such crackdown in recent months. Taking advantage of the deep dissatisfaction created by these and other events, al-Qaeda militants seized portions of the western Iraqi cities of Fallujah and Ramadi. Al-Anbar Province, once the poster child of success for the tribal Awakening and the surge, is at war again.

The alliance of Sunni tribes with U.S. forces, which began in the summer of 2006 in Ramadi and then spread to other areas of Iraq with support from Gen. David Petraeus and Multi-National Force-Iraq, was one of the major factors in the defeat of al-Qaeda during the surge. Petraeus and his diplomatic wingman, Amb. Ryan Crocker, worked diligently to link the Awakening and its affiliated offshoot, the Sons of Iraq, to the Iraqi government and encourage tribal leaders to embrace the political process. For a time it seemed this initiative would be successful; in the elections of 2009 and 2010, Sunni Arab Iraqis voted in proportionally greater numbers than even Shi’a Arab Iraqis.

Despite this promising beginning, the situation in Iraq began to spiral downward after the election of 2010 when the winner, Ayad Allawi, was sidelined in favor of another Maliki term in a backroom deal cut in Tehran. Sunni Arabs became disenchanted with the political process, increasingly dominated by an authoritarian prime minister who used the security forces and courts to pursue his political agenda. The withdrawal of the last U.S. combat forces from Iraq in 2011 gave Maliki a green light to further these policies; his pursuit of Tarik al-Hashemi and other Sunni politicians deepened Sunni discontent. The way was open for the revitalization of al-Qaeda in Iraq, once left for dead after the manifest successes of the Awakening and the surge.

The Obama administration shares part of the blame for the deterioration of the situation in Iraq. President George W. Bush emphasized that the model for Iraq was South Korea, where the presence of U.S. forces for more than half a century helped stabilize a country that now enjoys a healthy democracy with a vibrant economy. But President Barrack Obama, elected on an anti-war platform, never staked a lot of political capital in inking a new Status of Forces agreement with the Iraqi government. Had he done so, U.S. forces might have been able to remain in Iraq after 2011. With their departure the U.S. government lost much of the leverage it once enjoyed in its dealings with the Iraqi administration.

The Obama administration also missed an opportunity in the early days of the uprising against Bashar al-Assad in Syria, when diplomatic and military support could have strengthened a secular opposition to the regime, and before an influx of jihadists changed the complexion of the opposition and therefore of the ensuing civil war. Syria is now a large part of the problem, as safe havens there have created bases for al-Qaeda fighters seeking to destabilize Iraq.

U.S. options are few and filled with difficulties. The root causes of the recent events are political, not military. Provision of enhanced weaponry to the Iraqi armed forces is little more than a band aid applied to a gaping political wound that has reopened fissures in Iraqi society that had been on their way to healing after the surge ended in the summer of 2008. It is in the vital national interests of the United States to prevent al-Qaeda from establishing a caliphate in the Levant, but the place to begin is with reform of the Iraqi government. Provision of increased military support should be contingent on a true power sharing agreement, one that respects the rights of all Iraqi citizens and brings to an end the vicious witch hunts against Sunni politicians. Until he agrees to such arrangements, Prime Minister Maliki should be left to handle the situation in his country on his own. America should support an Iraqi government, but only if it is a government worth supporting.

Colonel (Ret.) Peter Mansoor is a professor of military history at the Ohio State University. He served as executive officer to Gen. David Petraeus during the surge in Iraq. His most recent publication is Surge: My Journey with General David Petraeus and the Remaking of the Iraq War. 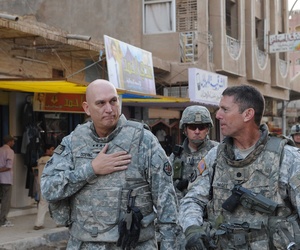 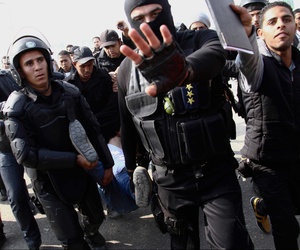 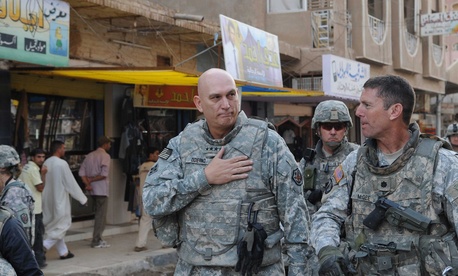 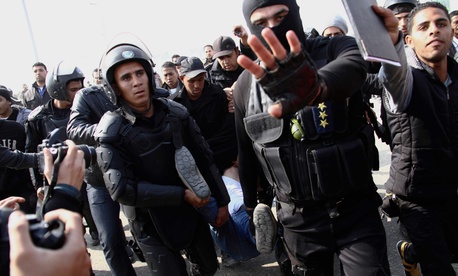