A teacher at the Adekunle primary school in Lagos, Nigeria, uses a thermometer to test the temperature of students, on October 8, 2014.

Faced with these two enormous crises, how has Nigeria handled one so well and the other so poorly? By Matt Schiavenza

For Nigeria’s embattled government, October 20 is a date worth circling on the calendar: That day will mark 42 days since Nigeria’s last confirmed Ebola case, which, at twice the 21-day incubation period, will allow the country to declare itself free of a disease that has ravaged its West African neighbors.

Tuesday, Nigeria reached a milestone it would much rather ignore: Six months ago, militants from the terrorist group Boko Haram kidnapped 276 schoolgirls from the country’s Chibok region, and, despite a worldwide campaign to free them, 219 remain in captivity. While the kidnapping has attracted significant publicity—epitomized by the viral #BringBackOurGirls campaign on Twitter—violence attributed to Boko Haram has killed thousands in Nigeria’s northern provinces.

The contrast between the two anniversaries raises an uncomfortable question: Faced with these two enormous crises, how has Nigeria handled one so well and the other so poorly?

One major reason is Nigeria’s political geography, which, throughout the country’s post-colonial history, has caused so much turmoil. A country of some 170 million people split into numerous ethnic and linguistic groups, Nigeria has struggled to bridge the gap between its relatively affluent Christian south and its poorer Muslim north.

Boko Haram, whose name roughly means “Western education is a sin,” has exploited this divide. The group largely operates in Nigeria’s three northeastern provinces, all of which are controlled by the opposition All People’s Congress (APC) party and where distrust of President Goodluck Jonathan’s government runs high.

“A lot of people in northern Nigeria are, in fact, disgusted with Boko Haram,” Rudy Atallah, a senior fellow at The Atlantic Council and an expert on Nigeria, said. “But because the population of the North has felt neglected by the South for so long, many of them view Boko Haram as an able body fighting against the government.”

By contrast, when Patrick Sawyer, the Liberian-American man who tested positive for Ebola, arrived in Lagos, he found himself in a city equipped with West Africa’s most advanced health-care infrastructure as well as the headquarters of many multinational organizations. And, unlike the fight against Boko Haram, combating Ebola transcends ethnic, political, and religious divisions.

“Ebola impacts everyone,” Atallah noted. “It doesn’t have ties to particular sects or groups.”

The next inflection point in Nigerian politics may come next February, when the country chooses its next president. Having served two terms, Jonathan will not be eligible. But a victory by his People’s Democratic Party, which has governed Nigeria for 14 years and whose voter base resides in the south, may exacerbate the already fierce regional divide in the country, as well as make the search for the remaining 219 hostages even more difficult. 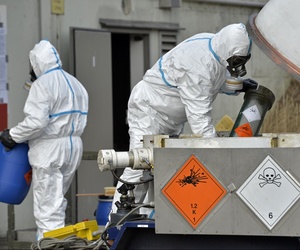 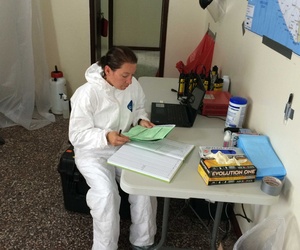 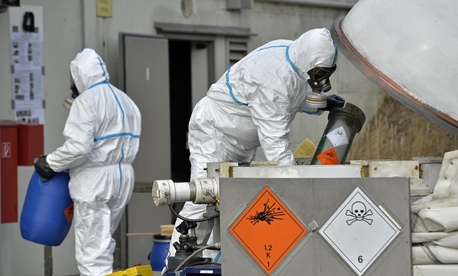 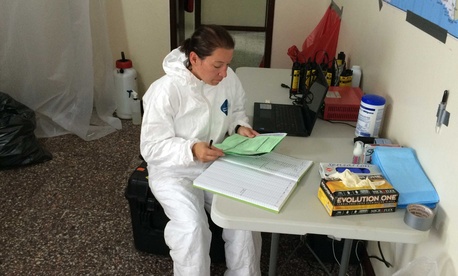