Is Iran a Totalitarian State?

The answer has consequences for U.S. strategy in nuclear talks with Tehran.

Ask Iran hawks to describe the regime in Tehran, and you’ll likely hear the word “totalitarian.” “I do not trust inspections with totalitarian regimes,” Benjamin Netanyahu told CBS in March. In a speech last year to the Conservative Political Action Conference (CPAC), Marco Rubio called Iran—along with North Korea, China, Venezuela, Cuba, and Russia—“totalitarian governments.” A few weeks ago, Arkansas Senator Tom Cotton declared that “there are nothing but hardliners in Tehran. President Obama, likes [sic] liberals throughout the Cold War, keeps looking for the vaunted moderates in totalitarian regimes that never seem to emerge.”

The above statements are factually false. Iran’s government, while brutal and tyrannical, is not “totalitarian.” And the fact that Iran hawks think it is helps explain why their strategy for stopping Iran’s nuclear program makes no sense.

“Totalitarian” regimes seek total control over how their people act, and even think. That’s not true of all dictatorships. All dictators suppress political opposition. But many allow their subjects a sphere of personal freedom so long as that sphere remains apolitical. In a run-of-the-mill dictatorship, the state need not control bowling leagues and gardening clubs so long as those bowling leagues and gardening clubs don’t become vehicles for organizing against the regime. In an ordinary dictatorship, if you’re not against the regime, you can maintain some autonomy from it.

In a totalitarian regime, by contrast, not opposing the regime isn’t good enough. You must actively support it. Your bowling league and gardening club can’t be apolitical. They must serve the state. “If totalitarianism takes its own claim seriously,” wrote Hannah Arendt, “it must come to the point where it has ‘to finish once and for all with the neutrality of chess,’ that is, with the autonomous existence of any activity whatsoever.” Jeane Kirkpatrick, who would later become Ronald Reagan’s UN ambassador, made a similar distinction when she contrasted “traditional autocrats” who “do not disturb the habitual rhythms of work and leisure, habitual places of residence, habitual patterns of family and personal relations” and “revolutionary communist regimes” that “claim jurisdiction over the whole life of the society.” (Conveniently, Kirkpatrick classified third-world dictators who backed the U.S. as “authoritarian” and those who backed the U.S.S.R. as “totalitarian.”)

Which brings us to Iran. The regime in Tehran does make some effort to control people’s personal, non-political affairs. Women must dress modestly in public, for instance, and it’s illegal to sell liquor. But these efforts, while ugly and repressive, are nowhere near as intrusive as the behavior of more genuinely totalitarian regimes like the Taliban, which banned flying kites, playing cards, keeping pigeons as pets, listening to music, hanging paintings even in private homes and yes, chess.

So long as Iran hawks keep mischaracterizing what Iran is, they’ll keep offering bad advice about what America should do.

Even more importantly, Iran allows competitive elections, something a truly totalitarian regime never can. In totalitarian regimes, the state must speak with one voice, thus maintaining the pretense that because they are agents of History or agents of God, its leaders have access to absolute truth. Political disagreements can only occur behind closed doors.

By holding elections, by contrast, Iran allows public political argument. Of course, those elections take place within narrow ideological limits, among candidates vetted by Iran’s ruling clerics. Still, the outcomes are not preordained. Thus, Iran concedes what a totalitarian state cannot: That when it comes to government policy, there is no single correct path to which everyone must pledge fealty.

Why is this relevant to the nuclear negotiations? Because when Netanyahu, Rubio, and Cotton call Iran “totalitarian,” they conjure a homogenous, uniform regime. That regime, they claim, entered nuclear negotiations because of the pain of sanctions. Thus, if America imposes more sanctions, the regime will make greater concessions.

But because Iran is not totalitarian, different factions inside the ruling elite disagree, even publicly, about the wisdom of a nuclear deal. In 2005, when he served as President Mohammad Khatami’s nuclear negotiator, current President Hassan Rouhani favored a deal that capped uranium enrichment at 5 percent, prevented the reprocessing of plutonium, and allowed for intrusive international inspections of Iran’s nuclear facilities. When Rouhani won the presidency in 2013, he initiated negotiations along these lines.

Yes, sanctions mattered. They caused popular discontent, which Iranian voters took out on Rouhani’s hardline opponents. But the sanctions only mattered because they brought Rouhani and his pro-nuclear deal faction to power. In the words of Harvard Iran expert Payam Mohseni, “The victory of another candidate, such as [hardline] former nuclear negotiator Saeed Jalili, would not have produced such a change in foreign policy despite the presence of the same sanctions regime.”

If Iran really were a totalitarian regime, it’s possible more sanctions might bring more concessions. But because it’s actually an authoritarian regime in which different factions jostle, privately and publicly, for power, more sanctions will likely have the opposite effect. Just as prior sanctions sparked popular anger against Rouhani’s hardline predecessors, new sanctions will likely spark popular anger against him. They will make the agenda on which he won the presidency—improving Iran’s ravaged economy—a failure. And thus, they will strengthen his opponents who want no accommodation with the West at all.

Words matter. And so long as Iran hawks keep mischaracterizing what Iran is, they’ll keep offering bad advice about what America should do. 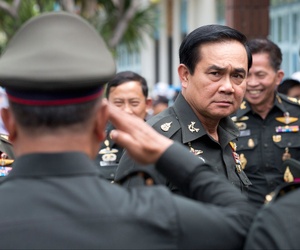 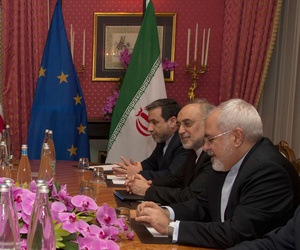 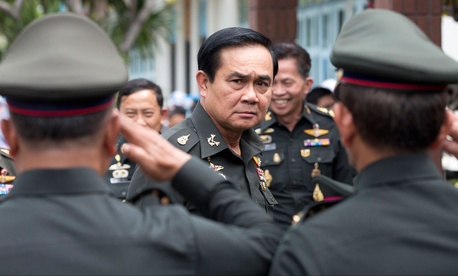 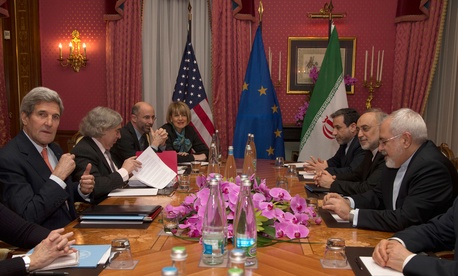