As negotiations flounder, Moscow is turning to other subtle, more desperate means to influence its non-NATO neighbor.

Mykola Azarov’s call for early elections and “total regime change” in Kiev was a bit of a head-scratcher. The ousted Ukrainian prime minister, after all, is deeply unpopular in his homeland and—with the exception of Ukrainian prosecutors who want to put him on trial—largely forgotten.

But in a high-profile press conference in Moscow on August 3 that was carried live on Russian state television, Azarov announced the creation of a Ukraine Salvation Committee that aims to oust the pro-Western government of President Petro Poroshenko.

Kremlin spokesman Dmitri Peskov said Moscow has nothing to do with the initiative. But that has about as much credibility as Peskov’s claim that the $620,000 watch he was photographed wearing at his wedding was a gift. In fact, Azarov’s announcement fits into a pattern that suggests that the Kremlin is giving up on the Minsk accords as a means to achieve its objectives in Ukraine and is shifting to other methods of pressuring Kiev.

These include calls to offer Russian citizenship to residents of the separatist-held areas of the Donbas region, suggestions that it may turn the territories into a Russian protectorate or annex them outright, and bellicose moves suggesting a fresh military offensive. At the heart of Moscow’s problem is that it doesn’t want these territories. It doesn’t want to govern them. It doesn’t want to shoulder the cost of rebuilding them. It wants to use them to undermine and paralyze Kiev.

“It’s a mechanism to distract and destabilize the government in Kiev,” Steven Pifer, a senior fellow at the Brookings Institution and former U.S. ambassador to Ukraine, told me recently. “They can ratchet pressure up or ratchet it down in eastern Ukraine to cause problems for the government in Kiev.”

(See also: How to Make a Country Vanish: A Journey Inside Eastern Ukraine)

But ultimately Russia wants to get the separatist territories reintegrated into a hyper-federalized Ukraine as a fifth column, with the ability to veto any attempts by the government in Kiev to integrate with the West. And these efforts are failing—and the Kremlin is flailing as it searches for an alternative.

“The bottom line is that Russia has no good options in the Donbas, and that really is the key. It is the owner of the region and whoever owns the territory is the loser,” Alexander Motyl, a professor at Rutgers University-Newark and commentator on Ukrainian affairs, told me.

Ukrainian officials and pro-Moscow separatists went through the motions in Minsk again this week, just as they have been doing for months since the ceasefire was signed in the Belarusian capital in February. They pretended to negotiate about the future status of the so-called Donetsk and Luhansk People’s Republics and how they would be reintegrated into Ukraine. And they didn’t reach a solution, but they did agree to continue the farce via Skype. They didn’t find a solution because there isn’t a solution. The problem is irremediable.

If Russia decided to issue passports to residents of the rebel-held territories in eastern Ukraine, it would change the nature of the conflict overnight.

The government in Kiev wants the region reintegrated only after separatist fighters disarm, after Russia withdraws its troops and weapons, after the border is returned to Ukraine’s control, and after free, fair, and internationally supervised elections are held. The Kremlin and its Donbas proxies want the territories reintegrated into Ukraine with autonomy so broad it would make the region a de facto Russian protectorate. They want the current separatist leaders legitimized as the region’s rulers and the separatist fighters instituted as its police force.

There is no compromise here that could satisfy both sides. It’s a deadlock—and a deadlock essentially favors Ukraine.

“Freezing the conflict is one of the better solutions for Ukraine and is actually bad for the Russians,” Motyl said. “The reason is that the Donbas enclave that is occupied by Russian and separatist troops is an economic mess. … It is [to] Ukraine’s advantage to keep that out of its control for as long as possible and for as much as possible, and it is to Russia’s disadvantage to be responsible for it.”

So if a deadlock favors Ukraine, then Russia understands that it has to break the deadlock. If Russia decided to issue passports to residents of the rebel-held territories in eastern Ukraine, it would change the nature of the conflict overnight.

And last week, Ihor Plotnitskiy, leader of the self-styled Luhansk People’s Republic, said separatist leaders were in talks with Moscow to do just that. And the announcement got a fair amount of traction in the Russian press, suggesting that it was being taken seriously. In a lengthy article on the news site Lenta.ru, Gevorg Mirzayan of the Institute for U.S. and Canadian Studies noted that the move would mark a significant shift in Kremlin policy.

“This would amount to Russia’s abandonment of the Minsk agreement and the reintegration of the Donetsk and Luhansk People’s Republics back into Ukraine. It would mark a transition to Plan B, a frozen conflict and the establishment of a space of the Novorossia project,” Mirzayan wrote.

Annexing eastern Ukraine would leave Russia saddled with the cost of rebuilding a war-torn and economically devastated region, losing any leverage it has over Kiev, which would probably move quickly to integrate with the West.

In addition to effectively burying the Minsk agreement, issuing passports to residents of the separatist-held territories would also mark a significant escalation of the conflict. Suddenly, it would not just be ethnic Russians that Moscow was claiming to defend in the Donbas, but Russian citizens—which would make it easier for Moscow to intervene openly and directly.

The announcement also dovetails with other proposals making the rounds in the Russian media. In an article in the influential military journal Voyennoye Obozreniya, analyst Valery Afanasyev argues that Moscow should aim to turn the separatist-held territories in eastern Ukraine into a second Belarus—an independent autocratic state completely dependent on Moscow.

And in the staunchly pro-Kremlin daily Izvestia, political commentator Aleksandr Chalenko called on Moscow to annex the territories outright. These moves would, of course, be extremely costly for Russia. They would almost certainly spark another round of sanctions, and Moscow would be saddled with the cost of rebuilding a war-torn and economically devastated region, losing any leverage it has over Kiev. And Ukraine would probably move quickly to integrate with the West.

Likewise, it is highly unlikely that the deeply unpopular Azarov will be able to spearhead regime change in Kiev. Instead, both initiatives smack of desperation. They also appear to be messages from Moscow to Kiev that if Russia doesn’t get what it wants from the Minsk peace process, it may be prepared to take some drastic steps. 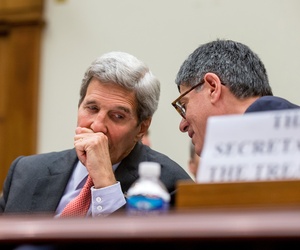 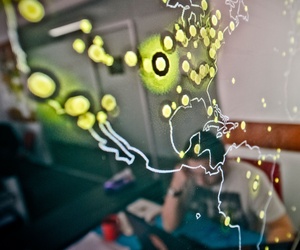 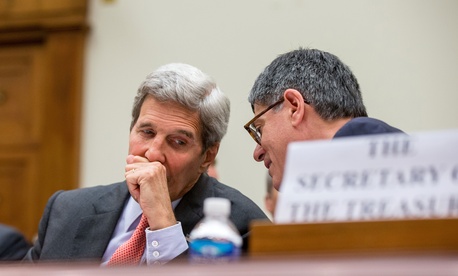 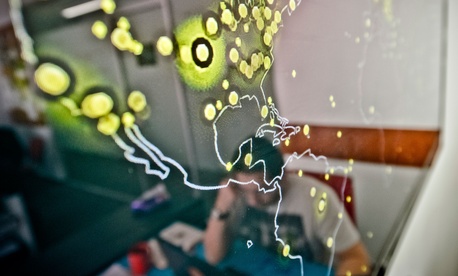