Building Stronger Public Health through the Pandemic and Beyond
Skip to Content
Get all our news and commentary in your inbox at 6 a.m. ET.
Threats
Indonesia Blames ISIS for Suicide Bombs in Jakarta

A Muslim country heretofore largely unaffected by the Islamic State is hit by a series of bombings.

Indonesia’s capital Jakarta was hit by a series of bombings today (Jan. 14) that killed two civilians, including one Canadian. Officials blamed the attack on Islamic State militants, some of whom have allegedly been captured.

Related: Why Indonesia is Immune to ISIS

A number of explosions rocked the city’s Sarinah neighborhood starting at around 10:45am local time, followed by a gun battle between attackers and police outside a Starbucks cafe that was one of the targets.

Jakarta’s chief of police said that five assailants had been killed, and two arrested, according to the Guardian. He claimed the ringleader of the attack was Bahrun Naim, a leader of the Katibah Nusantara militant group allied with the Islamic State, who is currently in Syria.

The first explosions took place near a shopping center, where suicide bombers detonated their devices. The mall’s security checks may have prevented them from getting into the more crowded building. A police spokesman said grenades also were thrown at a small roadside police station near the shopping center.

A news agency linked to ISIL claimed the terror group was behind the attack and targeted foreigners, according to the Site Intel Group.

ISIL has not yet issued a communique claiming responsibility for the attack, however.

The explosions took place near a United Nations office, a UN representative tweeted:

A massive #bomb went off in front of our new #Indonesia office as @collie_brown & I exit car. Chaos & we're going into lock-down

United Nations employees also tweeted graphic photos of the aftermath of the explosion that showed several bodies lying in the street.

“We should not be afraid and defeated by acts of terror like this,” said Indonesian president Joko Widodo following the attack.

Starbucks issued a statement after the attack saying, “One customer sustained injuries and was treated on the scene; our partners (employees) are all confirmed to be safe. This store and all other Starbucks stores in Jakarta will remain closed, out of an abundance of caution, until further notice.”

Police secured the area after the attack. 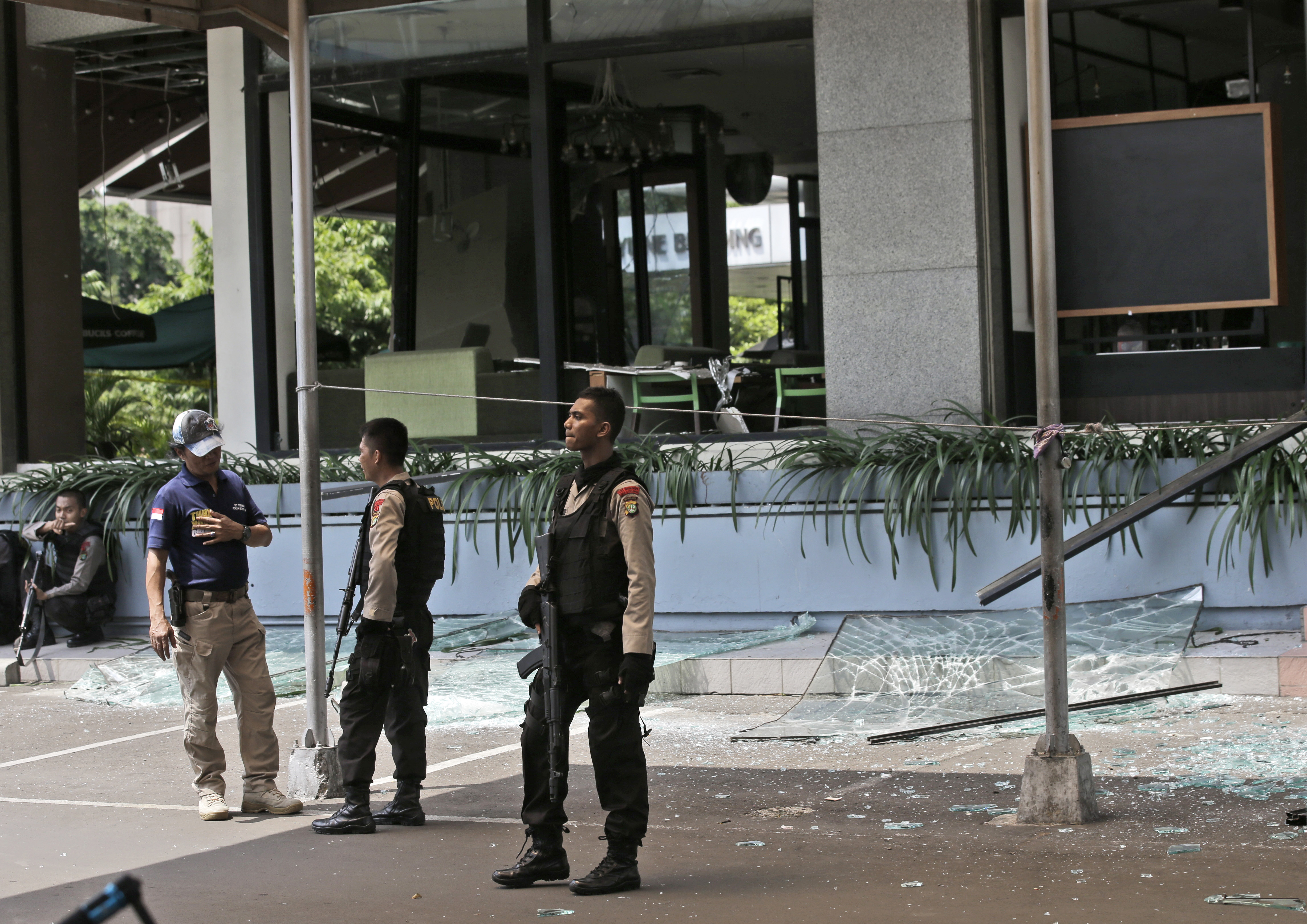 NEXT STORY: Terror in Jakarta; US may expand ISIS fight; A-10 escapes retirement, for now; SOCOM’s next minisubs; And a bit more.