Russian soldiers dressed in a new field uniform marched along the Red Square last month during the Victory Day military parade to celebrate 72 years since the end of WWII.

As Russia and Belarus prep for their quadrennial fight-the-West wargame, NATO’s Baltic states are watching more than a bit nervously.

For the Baltic countries on NATO’s northeastern flank, carefully monitoring Russia’s various defense investments and activities is nothing new. Like brushing your teeth, it’s just a matter of staying healthy, Estonia’s defense minister told a small group of reporters while visiting the U.S. last week. Observing Russian military activity is that routine, “but we do it even more often,” he said.

So Margus Tsahkna and his counterparts in neighboring Latvia and Lithuania say they’re in no way unprepared for Russia’s upcoming military exercise, Zapad (“West”) 2017. The joint exercise with Belarus, which simulates a full-scale conflict with the West, happens every four years. But even so, “it’s not comfortable at all when we expect to have 100,000 troops around our borders,” Lithuanian Minister of Defence Raimundas Karoblis said during a recent visit to Washington.

Scheduled for autumn, this year’s Zapad will be the first since Russia annexed Crimea in 2014.

Estonia’s Tsahkna said “transparency” is always a question whenever Russia conducts exercises. Several Baltic officials have warned that Russia may leave troops in Belarus after the exercise. During his own trip to the United States, Latvia’s defense minister, Raimonds Bergmanis, said his department is trying to figure out just how likely that is.

But even if those fears prove unfounded, such a large buildup is “simply destabilizing,” U.S. Defense Secretary Jim Mattis said while visiting Lithuania last month.

More military units in a given area raises the chance of everything from accidents to probes to deliberate provocations.

“We are treating these as exercises as such, nothing more, but of course, on the local level, some risks are here,” Karoblis said. “We need to also be prepared for surprises … they could, say, go to a different direction than planned, and there also may be some tests of how the border protection is working, etc.”

The exercise fits into the wider picture of disruptive Russian activities, from buzzing Baltic, U.S. and NATO military ships and aircraft in the region to information campaigns designed to destabilize Western nations. Karoblis said some Russian politicians have begun suggesting that two of Lithuania’s western provinces close to Kaliningrad were originally given to the country by Joseph Stalin — statements that echo Moscow’s rhetoric around the historical ownership and culture of Crimea and eastern Ukraine.

And: It’s Too Early to See a ‘Trump Effect’ on NATO Spending

Estonia, Latvia and Lithuania have been rapidly increasing their defense spending ever since Russia’s 2014 annexation of Crimea. But ultimately, their ability to deter Moscow depends on their European and NATO allies. Each Baltic country could mobilize several tens of thousands of troops, not the hundred thousand Russia is likely to amass for this exercise alone.

“We have no doubt that if something happened, our NATO allies would come and react,” Estonia’s Tsahkna said. “Now we have 19 different nations with their troops in the Baltic region. That means that all their nations and their military people are asking the same questions we have for years.”

This past weekend, President Trump explicitly affirmed the U.S. commitment to Article 5, which requires the alliance to collectively defend any member under military attack.

Trump had not done so during a visit to the alliance headquarters in Brussels two weeks earlier, surprising his fellow heads of state and even his own administration officials, who spent the following days reassuring allies about American’s continued commitments around the globe  .

Last week, the Baltic defense ministers said they were confident in it anyway — Mattis had articulated those vows when visiting Lithuania. But an explicitly united front, including the U.S., creates a stronger deterrent.

That is why the Baltic defense ministers spent last week hopping between DC think tank events and meetings on Capitol Hill as a trio more often than not.

“For defense ministers, we absolutely are singular – as you mentioned, like the Three Musketeers,” Bergmanis said. “But maybe the U.S. is D’Artagnan, the fourth Musketeer to help out.” 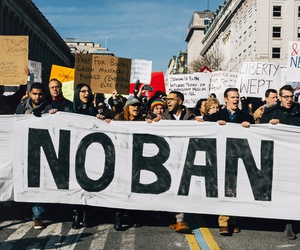 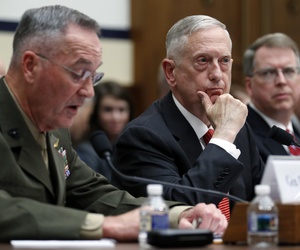 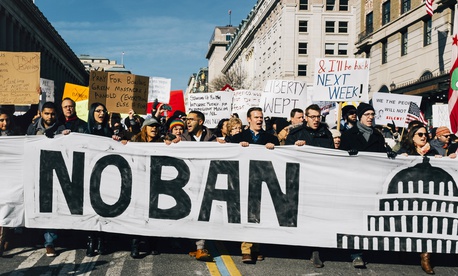 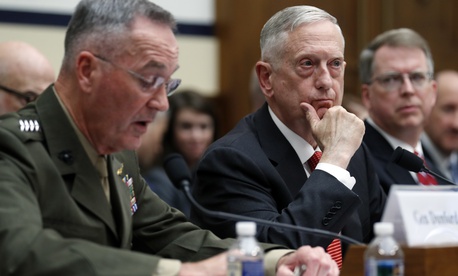