It might have to start with something like the Conventional Armed Forces in Europe treaty concluded at the end of the Cold War.

On Friday, after becoming the first North Korean leader to step into South Korea, Kim Jong Un joined with South Korean President Moon Jae In in making an extraordinary announcement: The two leaders vowed to pursue the shared objective of a “nuclear-free Korean peninsula” and, by the end of this year, to finally proclaim an end to the Korean War.

The declaration established ambitious, if notably vague, parameters for Kim’s upcoming nuclear talks with Donald Trump, who had previously given his “blessing” to North and South Korea to discuss an official conclusion to the war, which was stopped but not formally ended by an armistice in 1953. But it also highlighted just how fast diplomatic efforts to address North Korea’s nuclear-weapons program are moving and just how much work those involved are setting out to accomplish in the coming months: no less than a peace treaty that has eluded North and South Korea for 65 years, and a definitive nuclear deal with North Korea that has escaped international negotiators for 25 years.

In the abstract, a peace deal to replace the armistice that halted the Korean War makes eminent sense. Why not draw to a close a conflict that has unnaturally divided Korea and perpetuated one of the most militarized and volatile stalemates on earth? When leaders of North Korean, Chinese, and U.S.-led United Nations forces signed the 1953 truce (South Korea abided by the armistice but refused to sign it), they agreed to hold another conference in three months to ensure “the peaceful settlement of the Korean question.” A resolution is a long time coming.

» Listen to our new, weekly podcast Defense One Radio. This week: What to make of the inter-Korean summit, what lies ahead, and more. Episode 1 begins here.

But while North Korean, South Korean, Chinese, and American officials have occasionally proposed and explored a peace treaty over the decades, actually executing an agreement has proved prohibitively problematic. Given the signatories to the ceasefire, a treaty “would need to be formalized by the UN—if not the Security Council, at least the UN General Assembly” and ratified by North Korea, China, the United States, and most likely South Korea, said Bruce Klingner, a Korea expert at the Heritage Foundation. (In their joint declaration on Friday, the North and South Koreans committed, with a number of caveats, to “actively pursue trilateral meetings involving the two Koreas and the United States, or quadrilateral meetings involving the two Koreas, the United States and China with a view to declaring an end to the war and establishing a permanent and solid peace regime.”)

Before reaching such a pact, the parties may first need to devise something similar to the Conventional Armed Forces in Europe treaty concluded at the end of the Cold War, in which “we first capped and then thinned out the Warsaw Pact and NATO forces that were facing each other in Europe in order to reduce the potential for a standing-start invasion,” according to Klingner. North and South Korea might, for instance, restrict the number of tanks, artillery pieces, and light-armored vehicles that are stationed within 50 miles of the Korean Demilitarized Zone.

“It would be a huge mistake to sign a peace treaty without first addressing the nuclear, missile, conventional, chemical, and biological [military] threat that North Korea poses to the South,” Klingner told me earlier this month.

That’s why, since North Korea began developing its nuclear program in earnest in the 1990s, the United States has traditionally considered a peace treaty between the Koreas, and a corresponding normalization of diplomatic relations between the U.S. and North Korea, as the capstone to a grand bargain in which the North agrees to completely dismantle its nuclear arsenal—the end state after a series of smaller-scale concessions give the parties confidence that overhauling relations between the various players on the peninsula would be durable. As Andrea Berger of the James Martin Center for Nonproliferation Studies recently observed, “you can’t unsign a peace treaty,” even if you might be able to withdraw some of the benefits that North Korea would derive from it.

A peace treaty would likely end the United Nations mission in South Korea that has been there since the end of the war and that the U.S. has led. The U.S.–South Korea alliance exists independently, but the end of the UN mission “could lead to a sense of ‘well the war’s over, bring the boys home,’ both in South Korea and the U.S. Then the danger is, like in June 1950 [when Kim Jong Un’s grandfather invaded South Korea], if North Korea doesn’t feel there’s a sufficient defense or deterrence, then they may feel emboldened” to act aggressively against South Korea, “especially if they have nuclear weapons.”

North Korea aspires to “divide the [U.S.–South Korea] alliance, reduce the U.S. military presence and involvement in the defense of the Republic of Korea,” Klingner told me. North Korea desires a peace treaty “to set those dominoes in motion.”

In the lead-up to this week’s summit between North and South Korea, however, reports indicated that Kim Jong Un, in line with a position his father at times took, might be willing to accept some form of continued American troop presence in South Korea. The condition would be that a peace treaty, and the establishment of normal relations with the United States, shifted the U.S. military’s mission from one of countering North Korea to one of stabilizing and keeping the peace on the peninsula.

The signals spoke to what would be one of the most significant consequences of a possible peace treaty. Since the summer, when Kim Jong Un conducted his first test of an intercontinental ballistic missile that could potentially carry a nuclear warhead to the United States, North Korea shot up to the top of the list of concerns for U.S. officials because it uniquely satisfied both definitions of a security threat: North Korea suddenly had the intent and the capability to cause devastating harm to the United States—in contrast, for example, to terrorist groups that mainly had intent without capabilities, or countries such as Russia and China that mainly had capabilities but not necessarily intent. North Korean leaders, meanwhile, have long argued that they are building nuclear weapons because America has the intent and capability to harm them.

The drive to “denuclearize” the Korean peninsula, which could involve not just North Korea giving up its nuclear weapons but also the U.S. removing its nuclear-capable forces from South Korea, is about blunting capabilities. The push for a peace treaty is about altering intent. (As the German political scientist Alexander Wendt once observed, “500 British nuclear weapons are less threatening to the United States than 5 North Korean nuclear weapons, because the British are friends of the United States and the North Koreans are not.”) The most pressing question coming out of the meeting between the leaders of North and South Korea is which problem will be resolved first, if either is resolved at all, and how those decisions could transform the Korean peninsula. “KOREAN WAR TO END!” Donald Trump wrote on Twitter on Friday. “Good things are happening, but only time will tell!” Based on the timeline that Kim Jong Un and Moon Jae In outlined, time will tell very soon. 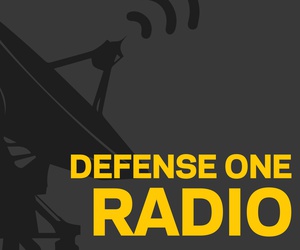 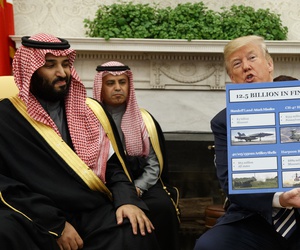 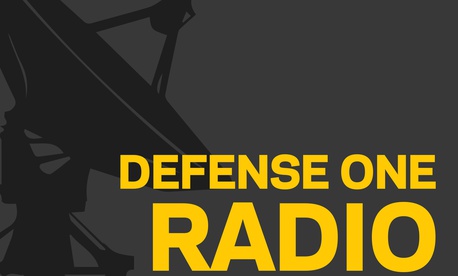 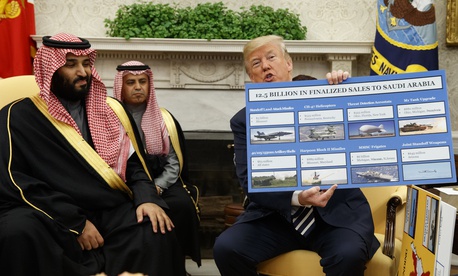