Smoke rises behind an apartment complex destroyed by fire in Ventura, California, December 5, 2017.

The battle to prevent climate change has already been lost. But the battle to blunt its effects has just begun.

People must be burnt out on major climate reports, and can you really blame them? Every year, it seems, yet another group of scientists compiles what we know about climate change. And every year, with few exceptions, the broad outlines of that knowledge seem worrying. But nothing ever really changes—and so our ongoing apocalypse becomes not only all the more terrifying, but all the more tedious.

That burnout is understandable, but I urge you to pay attention to—yes—a new report, released this week by the Intergovernmental Panel on Climate Change, the UN-convened coalition of climate scientists from around the world. Where previous assessments have warned of our hideous overheated future, this one does something different: It tries to sketch a better one.

The report articulates what seems, from the vantage point of 2018, like a best-case scenario for climate change. It describes what the world will look like if it warms by only 2.7 degrees Fahrenheit, or 1.5 degrees Celsius, by the end of this century. Meeting that target would require humanity to abandon coal and other fossil fuels in the next decade or two: an economic transition so abrupt that, in the IPCC’s words, it “has no documented historic precedents.”

This lukewarm world would still suffer many of the consequences of climate change. There would be more deadly heat waves, more heavy rainstorms, and more intense and frequent droughts. Yet some of the phenomenon’s most catastrophic symptoms—including dozens of feet of sea-level rise and planet-wracking extinctions—might be averted.

The report, in other words, lays out humanity’s last best hope for managing climate change. But it does so against a backdrop of generational failure.

More than a quarter-century ago, the countries of the world hammered out the UN Framework Convention on Climate Change. In language signed by President George H. W. Bush and ratified by the Senate, that document—which later gave rise to both the IPCC’s reports and the Paris Agreement—laid out the goal for all of the UN’s future work on climate change. “The ultimate objective,” it said, was to cut greenhouse-gas emissions so as to “prevent dangerous anthropogenic interference with the climate system.”

“Climate scientists have made it abundantly clear, over the past few years, that we’ve already passed that goal. We’ve already dangerously interfered,” says Christopher Field, the director of the Stanford Woods Institute for the Environment who has worked on previous UN reports, but was not involved in this one.

The new report confirms his contention. It finds that the world has already warmed by 1.8 degrees Fahrenheit, or 1 degree Celsius, since humans began sending industrial pollution into the atmosphere. The costs of this warmth can be seen around the world: This decade alone, sweltering heat waves have killed thousands; engorged floods have ravaged cities from Houston to North Carolina; and half of the coral in the Great Barrier Reef has died.

The question is what happens next. “The international community is struggling with how to address the climate challenge … [while] not being able to meet the ultimate objective,” Field told me. “We’ve already seen dangerous interference—now the question is, how do we deal as effectively as we can with that?”

The new 2.7-degree plan tries to lay out such a strategy. Written by 91 researchers from around the world, it summarizes the findings of more than 6,000 different scientific studies. It argues that humanity must begin rapidly switching away from fossil fuels if it hopes to avoid ecological upheaval. But almost every step of its prescription sits at odds with current policy.

Under its plan, the level of carbon pollution released into the atmosphere every year must begin to fall immediately. (Instead, it hit a record high last year.) By 2030, the world would need to have cut its annual emissions by about half. (Even the Obama administration’s now-canceled climate policies only cut U.S. emissions by about a quarter by that year.) By 2050, the world must get 80 percent of its electricity from renewable or nuclear power. (Today, only about 20 percent of electricity comes from those sources.)

Additionally, humanity would need to start removing more carbon dioxide from the atmosphere than it emitted by 2050. But even in that world, humanity would probably overshoot the 1.5-degree target for a few decades.

Nowhere are its prescriptions more glaring than around coal. By 2050, it warns that coal must generate no more than 7 percent of global electricity. Today, coal generates about 40 percent of the world’s power.

But more than 1,600 new coal plants are due to come online worldwide in the next few decades, most under contract from Chinese companies. The Trump administration, meanwhile, has tried to create new subsidies for coal companies. It has also moved to weaken or repeal pollution regulations limiting airborne neurotoxins, as well those reducing greenhouse-gas emissions—rules that attracted the ire of coal companies.

“Many will dismiss the [2.7-degree] target as unrealistic, if not laughable,” said Kim Cobb, a professor of climate science at Georgia Tech, in an email. “It is not our job as scientists to give the world a ‘pass’ in the face of damaging delays in tackling climate change.”

She added that its authors “spent months of their lives outlining a path that is entirely justified, from a cost perspective, and urgently needed.”

This report is the first time that the IPCC has examined a 2.7-degree warming “target.” For more than a decade, every nation on the planet has pledged to limit warming to 3.6 degrees Fahrenheit, or 2 degrees Celsius. This goal remains as notional as its newer and more ambitious peer: Even if every country met its obligations as they stand today under the Paris Agreement, the world would emit too much carbon dioxide and shoot past the goal.

But that less ambitious target of 3.6 degrees Fahrenheit has started to look more and more dangerous. In particular, increasing Earth’s temperature by that amount seems like it might greatly increase the risk of destabilizing ice sheets in Antarctica and Greenland.

“We know there’s a threshold somewhere—probably in the vicinity of [3.6 degrees Fahrenheit]—where we’re very likely committed to more than [30 feet of sea-level rise] over centuries,” Field told me. It may be possible to preserve those large stores of ice at 2.7 degrees, scientists have found.

Katharine Hayhoe, a climate scientist at Texas Tech, told me that the report as a whole should be seen as a re-appraisal of where we’re heading as a planet. “It’s like we had a medical issue. The physician had diagnosed it. But now they’re worried it might be worse than we thought,” she said. “So we go back and do a complete work over, every type of test we can imagine.”

The new prognosis is stirring. A world that warms by 3.6 degrees—and not 2.7 degrees—will find that its problems metastasize out of scale with that seemingly small difference. In the hotter world, the number of people affected by water scarcity will double. Twice as many corn crops will perish in the tropics. The size of global fisheries will drop by 50 percent. And 99 percent of the world’s coral reefs will perish.

Plants and animals will also have a much harder time. If the world warms 3.6 degrees, the number of species projected to lose half their habitat will double as compared to the 2.7-degree world. These effects are particularly acute for the Arctic. In the 2.7-degree world, the sea ice in the Arctic Ocean will entirely melt about once a century. In the 3.6-degree world, the Arctic Ocean will go ice-free about once a decade—a potentially cataclysmic moment for polar bears, seals, and other high-latitude mammals.

“A lot of the reason it’s been so challenging to turn the corner on climate change is it will mean that some of the folks who are in positions of power and privilege won’t maintain that privilege,” Field said. “We have a huge number of special interests that benefit from making the transition slower rather than faster.”

Even lacking that clause, the new report might set the stage for the next stage of the climate challenge. As every climate scientist will tell you, the battle to prevent climate change entirely has already been lost. But the battle to blunt its effects—to manage it, as humanity manages the threats of hunger, poverty, war, disease, and other afflictions, and to choose a better, cooler future—has just begun. 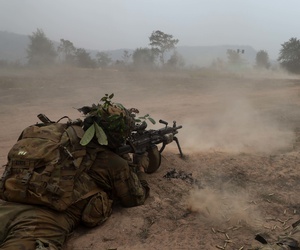 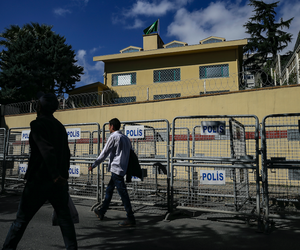 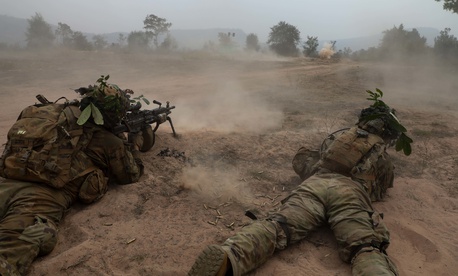 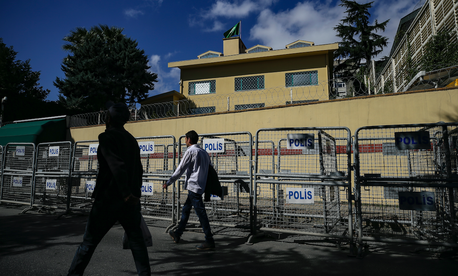