“We just have less eyes on the ground to know for sure what is happening,” said one senior defense official.

For the better part of a year, Defense and State Department officials have been issuing dire warnings about the risk that thousands of captured ISIS fighters could escape from a network of makeshift prisons dotted across rebel-held territory in northern and eastern Syria.

Now, as the United States carries out a sudden and unplanned withdrawal from the country, senior officials across government say that the U.S. has no real idea how many fighters have already escaped amid the fierce fighting between Turkey and Kurdish fighters that Washington previously backed in the fight against ISIS.

“Nobody does,” a senior government official involved in the issue told Defense One.

The fear is that large-scale breakouts will allow ISIS, which survives in sleeper cells hidden among the population in Iraq and Syria, will be able to reconstitute itself with the return of experienced fighters to the battlefield. Last month, ISIS leader Abu Bakr al-Baghdadi ordered his followers to accelerate efforts to free fighters.

Until this week, the U.S.-backed Syrian Democratic Forces were guarding roughly 10,000 captured fighters in detention facilities, plus tens of thousands of their family members in policed tent camps. Although the United States never took custody of the fighters itself, it offered training, equipment and help shoring up the converted prisons, and it unsuccessfully urged other nations to repatriate and try their fighters in their own courts. (Of those 10,000 fighters, around 2,000 of them are so-called “foreign fighters,” who traveled to the region from around 40 other countries to fight for ISIS. The remainder are from Iraq and Syria.)

But that fragile system fell apart when President Donald Trump ordered U.S. troops to get out of the way of a planned Turkish offensive against the SDF. The SDF began moving  fighters across their territory to fight the Turks, leaving the already under-manned prisons with even fewer guards. And as the United States began the risky withdrawal of its 1,000 soldiers, it lost its ability to keep eyes on those prisons.

News of sporadic escapes has begun to trickle out of the region, including reports that roughly two dozen fighters had fled from two facilities in Qamishli city and rumors of escapes in the border town of Tel Abyad. Of particular concern to officials is the central prison in the northeastern city of Hassakeh, which houses some 5,000 detainees. So far, U.S. officials do not believe there have been any breakouts from that overcrowded facility.

“The detainee issue is challenged by our force-posture changes,” a senior defense official told reporters on Tuesday. “We just have less eyes on the ground to know for sure what is happening.”

“We do have reports of escapes,” the official said, but “I can’t confirm numbers, whether it be from prisons or the IDP camps” because “we’re just lacking in the corroborating information at this time.”

Two other officials who spoke to Defense One on the condition of anonymity suggested that the United States has a rough grasp of the numbers — for now — but isn’t confident enough in its intelligence to publicize them.

The Trump administration has insisted that Turkey is now “responsible” for the ISIS prisons that fall within their areas of occupation. But there is not expected to be a formal handover, since the force that is currently administering the facilities is engaged in active hostilities with the Turks. Trump, increasingly fed up with the issue, has attempted to wash his hands of the problem. “I offered ISIS prisoners to the European countries from where they came, and was rejected on numerous occasions. They probably figured that the U.S. would bear the tremendous cost as always!” he tweeted on Monday.

As this information vacuum expands, Turkey, Trump, and the SDF have all appeared to circulate some form of misinformation about the scale of the escapes. Kurdish officials have alleged that Turkish forces have launched airstrikes both on the prisons and the displaced persons camps, allowing for hundreds of escapes — a number that may or may not be inflated. Turkish President Recep Tayyip Erdogan called those allegations “disinformation” designed to “provoke the U.S. and Europe.”

Trump, meanwhile, has alleged without evidence that the SDF is deliberately releasing prisoners to try to draw Washington into the conflict. “Easily recaptured by Turkey or European Nations from where many came, but they should move quickly,” he tweeted Monday.

Multiple U.S. officials said that there is no evidence that the SDF is releasing detainees, pointing instead to ground operations by Turkey-backed Syrian Arab fighters, some of whom are former ISIS fighters.

“The Kurds are doing everything they can, but once they are pushed out of an area with a prison it is up to who occupies it” to guard the prison, said a senior administration official who spoke on the condition of anonymity. “If it is TSO [Turkey-supported opposition forces], we are concerned they will let them go, as many are jihadist themselves.”

Not all of the 10,000 fighters are held in the area currently under siege by Turkish troops and their partner Syrian Arab militia units. But even appropriately guarded, officials who have visited the prison say they are hardly max-security facilities. Dozens of fighters are crammed in a single cell, security cameras don’t work or aren’t available, and cheap cement walls are crumbling.

Although Trump appears unworried by the chaotic situation, defense officials continue to express deep concerns about the potential escape of the prisoners.

“It continues to be one of our major, major concerns and why we’ve been so strong that the Turks are responsible for the prisons in their areas of occupation,” said the senior defense official. 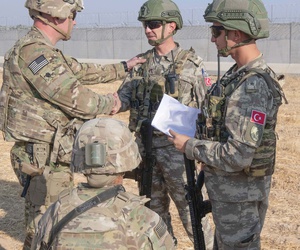 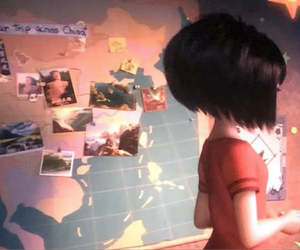 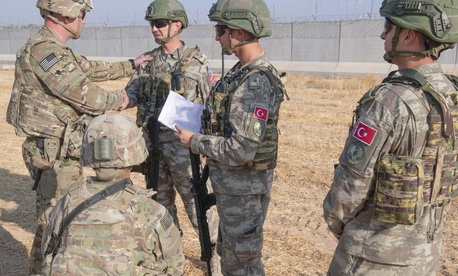 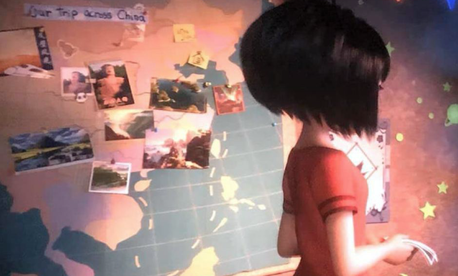