Inside the Disaster Zone
Skip to Content
Get all our news and commentary in your inbox at 6 a.m. ET.
Threats
DHS Starts Collecting DNA From Some Detainees at US Border 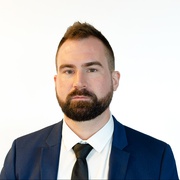 Related: Weaponizing Biotech: How China's Military Is Preparing for a 'New Domain of Warfare'