U.S. soldiers burn debris as they get ready to hand over a base in al Qaim to Iraqi security forces

American forces have begun consolidating at better-protected bases as a new Iraqi prime minister-designate tries to form a government.

It is a remarkable series of images: U.S. service members throw debris onto a fire and roll up massive canvas tents, getting ready to hand over a base in al Qaim to Iraqi security forces. And al Qaim is just one of several Iraqi bases that the U.S. is leaving as part of plans to “relocate and consolidate” personnel.

The departures began in a deeply unsettled moment for U.S. forces in Iraq. There have been at least four attacks on U.S.-led coalition locations in Iraq in the past week, including one that killed two Americans and one British medic. And Iraq, deeply divided over whether the United States should be allowed to stay in the country at all, still has not formed a government after almost four months of political wrangling. In the background lurks the threat of coronavirus: Iran, which shares a porous border with Iraq, has seen one of the worst outbreaks on the planet.

But it is the push-and-pull over Iraq’s new prime minister-designate that could determine U.S. actions in Iraq over the coming weeks.

A series of attacks

Two of the recent attacks targeted the Camp Taji, a base north of Baghdad, and are believed to be the work of Kataib Hezbollah, an Iran-backed proxy militia group determined to oust the United States from Iraq. The United States responded to the first attack with airstrikes on five locations across Iraq, but it has not responded to the second. That attack, which wounded three coalition troops and two Iraqis, was a far more sophisticated effort, according to a U.S. official.

In the first attack, militants fired 30 rockets from a truck bed; 18 reached their target. The second attack was launched from seven fixed eight-cell launchers in an abandoned garage, the official said. Twenty-five rockets hit the base, while 30 failed to fire.

“It had the potential to be the largest such attack, if all rockets had fired, and had all the hallmarks of a Kataib Hezbollah attack with support from others,” the official said. “Most of these attacks have been fired from improvised truck launchers, but this fixed and prepared site shows an increased level of sophistication.”

The Pentagon publicly attributed the first attack to Kataib Hezbollah, but has not done so with the second — despite public warnings from Defense Secretary Mark Esper that “you cannot attack and wound American service members and get away with it.”

The other two attacks, one on the Green Zone in Baghdad, where the U.S. has its embassy, and one on another coalition base in Basmaya, were far more minor and resulted in no casualties. It’s not clear exactly which group carried them out, but analysts familiar with the region say it’s likely groups hostile to the new Prime Minister-designate, Adnan al Zurfi, a former regional governor seen by Iran’s closest political allies in Iraq as a U.S. puppet.

“They are striking because they are losing ground politically (see Zurfi) and you can often match up strikes with political events they didn’t like,” Michael Knights, a senior fellow at The Washington Institute who specializes in the military and security affairs of Iraq, said in an email. “If we hit back, we disrupt the politics. With a PM we are meh about, we don’t care. With Zurfi…”

Gen. Frank McKenzie, the commander of U.S. Central Command, told the Senate Armed Services Committee the day after the first attack on Camp Taji last week that he expected Iran-backed attacks to rise if it becomes more obvious that Iraq is leaning towards allowing U.S. troops to stay — which McKenzie said he believes it will.

Zurfi had not yet been named when McKenzie spoke. But the controversial former Najaf governor — a brash and foul-mouthed American citizen — is seen as pro-United States and has a mixed history with the pro-Iranian and nationalist wings of the Shia political establishment. At minimum, he could provide a badly-needed reset in U.S.-Iraq relations, damaged by a series of unilateral U.S. actions on Iraqi soil.

So far, the United States has refrained from directly endorsing Zurfi.

“Iraqis want a government that upholds Iraq’s sovereignty, provides basic needs, is free of corruption, and protects their human rights. If #Iraq’s newly selected Prime Minister-designate, Adnan Zurfi puts these interests first, he will have U.S. and international support,” Secretary of State Mike Pompeo said in a tweet on Tuesday.

Protecting U.S. forces in the meantime

Pentagon officials insist that the base hand-offs are a long-planned consolidation thanks to the success of the anti-ISIS fight — not concerns over the recent rocket attacks.

“As a result of the success of Iraqi Security Forces in their fight against ISIS, the Coalition is repositioning troops from a few smaller bases,” Col. Myles Caggins, a spokesman for the anti-ISIS mission, said in a statement. “These bases remain under Iraqi control and we will continue our advising partnership for the permanent defeat of Daesh from other Iraqi military bases.”

But during last week’s hearing, McKenzie did not mention any plans to consolidate bases when pressed by lawmakers about the long-term force posture of U.S. troops in Iraq.

Speaking to reporters the next day at the Pentagon, McKenzie said that his command lacks the assets needed to protect all of the U.S. service members operating in the country. Camp Taji did not have a Counter-Rocket, Artillery, Mortar, or C-RAM, battery that could have intercepted the rockets that fired on the base, because the command has to “ruthlessly prioritize” which bases get such defenses. McKenzie described the decision as a “zero-sum game.”

“We’re leaving because we are so exposed and we need to consolidate on missile-protected bases,” Knights said. “And they’ll attack as we leave, for propaganda.”

Now, all eyes turn to Baghdad, where Zurfi must form a governing coalition to assume office. He has up to 30 days to form a cabinet and ratify it with at least 165 votes in Iraq’s parliament. Although he will be contested, Knights and other analysts say, he has a good chance of success because only some elements of parliament are unmovable against him.

“One thing that is becoming increasingly clear is that Iran and its friends in parliament simply don’t have the votes to carry majorities,” Knights said in a separate tweet. “As a result, their power plays out in vetoes, threats, rockets, intimidation.”

“The U.S. must not take the bait of reacting in a knee jerk fashion, at the militias’ prompt,” he advised. 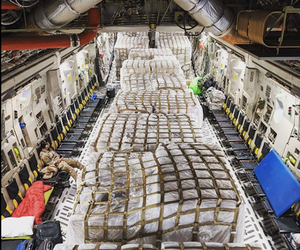 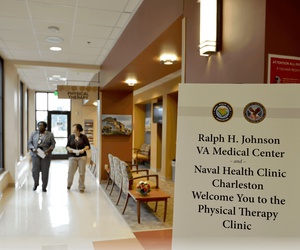 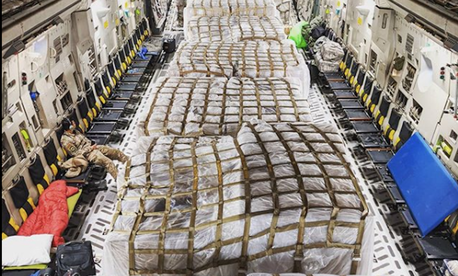 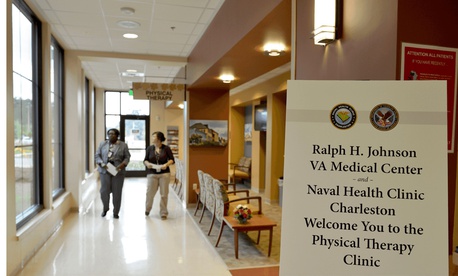