The Pentagon is expected to decide soon whether to spend $30 billion on nuclear-tipped cruise missiles. Bad idea. By Tom Z. Collina

Sometime in the next few months, the Defense Department is expected to decide whether the nation needs a new nuclear-armed cruise missile. This decision is worth about $30 billion, and is a key test of whether U.S. military planners have finally moved beyond Cold War thinking.

The cruise missile decision comes as the Pentagon is seeking to modernize all three legs of the nuclear triad — submarines, intercontinental ballistic missiles and long-range bombers — and the nuclear warheads they carry. All told, these programs could add up to $300 billion over the next few decades, just as the defense budget is taking a nosedive.

Cracks in the nuclear budget are already showing. In September, the Navy went hat-in-hand to Congress seeking extra money for its $100 billion program to build 12 new nuclear-armed submarines. Without extra funds, the Navy said it would have to forgo 32 conventional ships it also wants to buy.

Such trade-offs between nuclear and conventional weapons will become commonplace as the budget crisis deepens. With no new money to be found, projects must compete with each other. It’s a zero-sum game.

Similarly, the Air Force will have a hard time finding $70 billion to buy up to 100 new long-range bombers. To reduce costs, the Air Force has said that the new bombers will not be immediately certified to carry nuclear weapons, and will instead focus on conventional missions. The service also wants to replace or rebuild its 450 Minuteman ICBMs, which would cost billions more.

[Related: To Save the Submarines, Eliminate ICBMs and Bombers]

The new bomber would eventually carry two types of nuclear weapons: a rebuilt gravity bomb (the B61, cost: $10 billion) and a cruise missile, known as the long-range standoff weapon or Air-Launched Cruise Missile (ALCM). The current ALCM, carried by B-52 bombers, was first deployed in the 1980s and is scheduled for retirement in 2030. The Navy decided to retired its nuclear cruise missiles in 2010. A new ALCM has no official price tag, but is expected to cost $20-30 billion, and a rebuilt nuclear warhead to go with it would cost another $12 billion, according to the National Nuclear Security Administration.

This spring, the Pentagon completed an assessment to determine whether and how to replace the current ALCM. But according to Pentagon officials, a final decision to replace the ALCM has not yet been made.

Twenty years after the end of the Cold War, we can no longer remain on autopilot, replacing nuclear systems just because we had them before. Each replacement system must have its mission justified as if it were new. So, if we did not have an ALCM already, would we buy a new one now? Not likely.

The bottom line is that we no longer need a bomber with stand off nuclear missiles like the ALCM that are shot from afar. The new Air Force bomber will be designed to penetrate enemy air defenses. It needs bombs that can be dropped from above. In the current arsenal, the B-2 stealth bomber already is a penetrator, and even though the much older B-52 is not, its days are numbered. The Pentagon may be concerned that an adversary’s air defenses will improve in the future and that U.S. bombers someday wont be able to defeat them. But we have other standoff weapons if needed, such as submarine-launched ballistic missiles.

There also are sound security reasons to forgo nuclear cruise missiles. Their dual-use nature makes them inherently destabilizing. Conventional cruise missiles, like those recently readied for use against Syria, are indistinguishable from nuclear-armed ones. If one is coming at you, there is no way to tell if it is a nuke or not. It would be better to know that all are conventional.

The United States, Russia and France are the only nations to currently deploy nuclear cruise missiles. However, China, Pakistan and others are working on nuclear-capable cruise missiles, and U.S. security would benefit if they stop. Chinese nuclear-armed cruise missiles would add to U.S. concerns about Beijing’s capabilities and would be able to fly under U.S. missile defenses, which are designed to defend against ballistic missiles. Pakistan’s program would add to tensions in South Asia and could motivate India to follow suit.

The Air Force is unlikely to be able to afford a new nuclear cruise missile, bomber and ICBM. It will have to choose. Rather than spend billions on a weapon that is not needed to deter potential adversaries, the new ALCM might have more value as a bargaining chip to trade for a global ban on all nuclear-armed cruise missiles. This would be a win-win for the military budget and U.S. security. 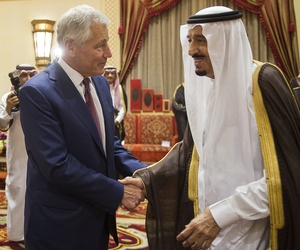 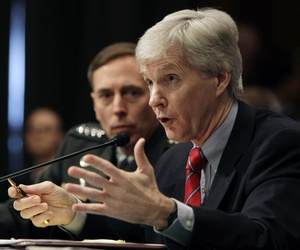 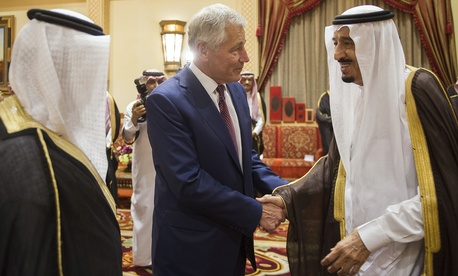 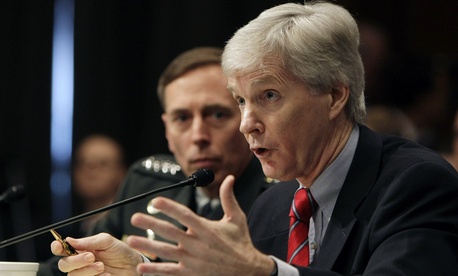