Perspecta's View: Six Steps for DES to Capture Innovation
Skip to Content
What you need to know about the defense industry - in your inbox.
Business
Pentagon’s Post-War Budget Marks End of War Era

Defense Secretary Chuck Hagel previews the first budget in 13 years for a military no longer on a ‘war footing.’ By Stephanie Gaskell

President Barack Obama’s fiscal year 2015 budget request reflects a major shift for the U.S. military after 13 long years of war. In a speech previewing the request, which is expected to be released next week, Defense Secretary Chuck Hagel said the military of the future will be smaller but, Pentagon officials hope, more agile, adaptable and technologically superior.

“This is a different time. We haven’t seen this time, in our budget, cuts in the world, what’s going on in the world,” Hagel said at the Pentagon on Monday. “Certainly, like every year, is different, but this is the first time in 13 years we will be presenting a budget to the Congress of the United States that’s not a war-footing budget.”

“Now, you might say, ‘So what?’ That’s a defining budget because it starts to reset, reshape … rebalance, redefine our enterprise for the future. So what we have that we’re dealing with – and I used the term reality – is a reality of what we have. And so it is a different situation,” he said. “It doesn’t mean that we’re going to accomplish everything that we have proposed and that Congress will accept the recommendations, but it is a different time. And it means that we’re required to deal with that different time in a very responsible way."

The FY15 budget is capped by Congress, under the Bipartisan Budget Act, to $496 billion. Hagel said Obama will request $58 billion more for an “Opportunity, Growth and Security Initiative” that will be paid for by “a balanced package of spending and tax reforms.” Of that, $26 billion would go to the Pentagon to reinstate military readiness hurt by sequestration.

Hagel said there will be no cuts to pay and benefits, but the growth of those costs will be slowed. He will recommend a 1 percent pay increase for FY15, but freeze the pay for general and flag officers.

As the secretary outlined decisions about funding major weapons programs, he warned that if sequestration continues into fiscal year 2016, there also will be dire consequences to readiness.

The White House is expected to release the full FY15 spending request on March 4. But Hagel’s preview shows that the military has clearly accepted its new reality – no more long ground wars, no more blank checks from Congress – and the administration is ready to challenge Congress on decisions shaping the future force. The only certainty the Pentagon has now is that there is still much uncertainty about what the near future will look like. 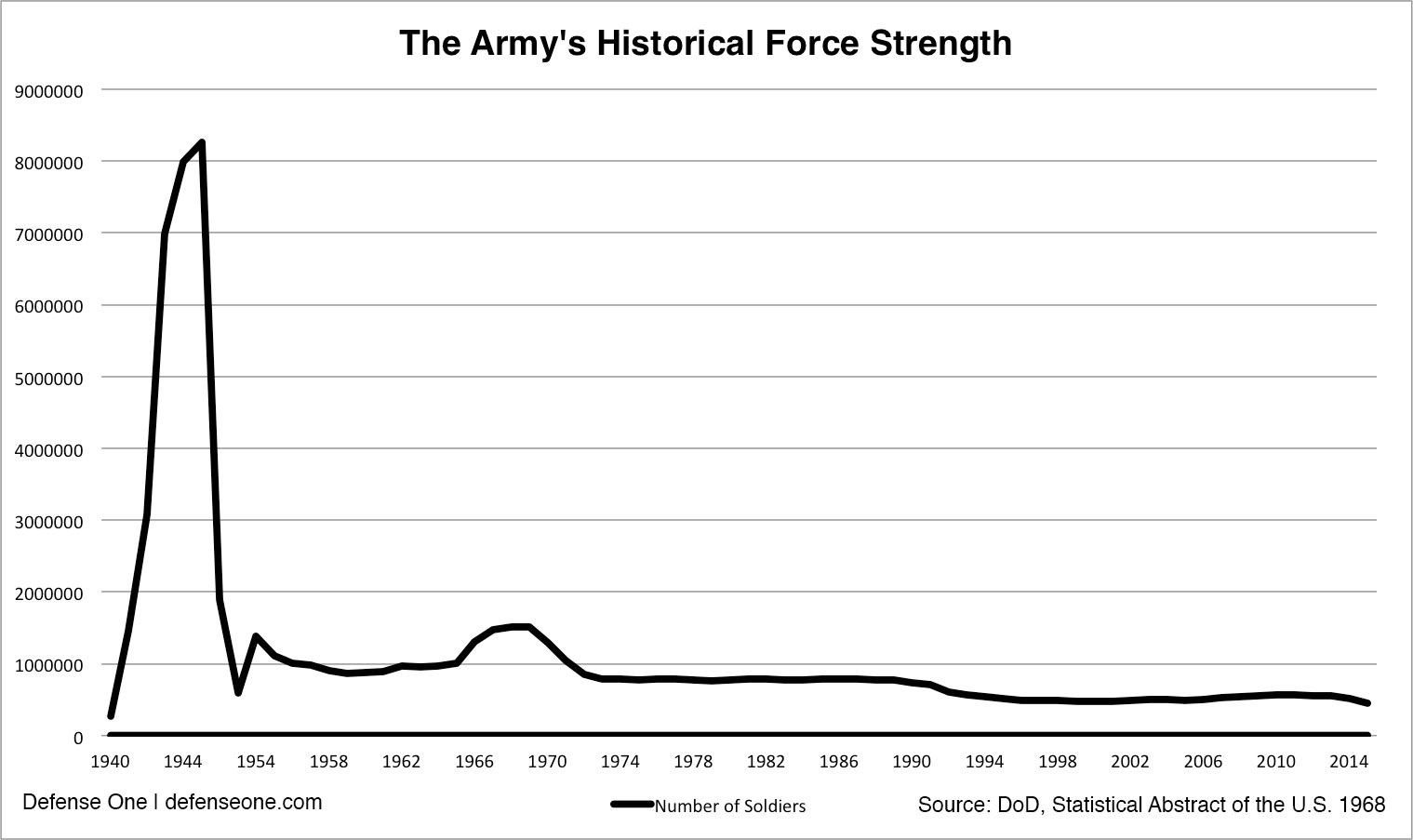 The Air Force will build a new bomber, refueling tanker and the F-35, but the A-10 close combat fleet will be retired. The U-2 bomber will be replaced with the unmanned Global Hawk system, in a major Pentagon reversal reflecting the U.S. desire for unmanned, long-range reconnaissance over Asia. And Predator and Reaper drone fleet would grow by 55, down from a planned 65.

The Navy will maintain 11 carrier strike groups, but Hagel warned Congress that if sequestration continues into next year, the Pentagon would cut the USS George Washington’s group. The cruiser fleet will be laid up so it can be modernized and return to the seas. Plans for anything beyond 32 littoral combat ships will be put on hold while the Navy looks for a new small surface combat ship to replace frigates. The Marines will shrink from 190,000 to 182,000, as expected.

Cyber programs and special operations are the only areas where the budget will be increased – a sign of the Pentagon’s continued focus on counterterrorism operations and cyber defense.

Housing allowances will slow until they reach a 5 percent out-of-pocket contribution. Hagel pointed out that in the 1990s, the housing contribution was 18 percent. Subsidies for military commissaries will be reduced by $1 billion and TRICARE co-pays will increase. Still, he said, “DOD continues to support the principle of ‘grandfathering’ for any future changes to military retirement plans.”

Hagel said he was aware that many of his proposals, including another round of base closures, would not pass Congress. Still, he closed his remarks with a quote from Henry Stimson, secretary of war under President Franklin D. Roosevelt. Stimson said at the time that America must “act in the world as it is, and not in the world as we wish it were.”

NEXT STORY: The Winners and Losers in Obama's Defense Spending Request