With six months left to hit the Defense Department’s plan to clear classified data for 100,000 commercial smartphone and tablets, only 2,000 devices have been enrolled. By William Matthews

Three months after the Defense Department declared as operational its system for managing commercial off-the-shelf smartphones and tablets handling unclassified data, only about 2,000 devices are actually using the capability, the program’s manager said May 5. That’s a far cry from the 100,000 devices the Pentagon wants to have by the end of September.

“The world is passing us by,” said Gary Winkler, a former military technology chief. “Mobility is so critical and we just don’t seem to be going fast enough.” Winkler is a former program executive officer for Army Enterprise Information Systems.

The 2,000 devices now in use include many that have been transferred from an 18-month pilot of the mobility program, said John Hickey, mobility program manager at the Defense Information Systems Agency.

“Demand is not lacking,” Hickey said in an interview. But it is up to the military services and the combatant commands to set the pace for adopting mobile technology. “DISA’s role is to stand up the infrastructure and publish the security standards,” he said, noting that DISA has done that.

At the heart of the capability is a “mobile device management system” designed to keep Defense Department networks and information safe. The system sets and enforces policies for device use. For example, it can block the use of smartphone cameras in areas where photography is forbidden, Hickey said. And it can track devices through global positioning satellites and remotely turn them off if they enter places where they are forbidden for security reasons.

“That’s an advantage over laptops. Most laptops don’t have GPS,” Hickey said.

The management system also provides security functions such as malware detection, the ability to remotely delete data from misplaced or stolen phones and tablets, and the ability for managers to remotely reconfigure them.

With that infrastructure now in place, “the next phase is how do you move that forward into the tactical environment and the operational environment,” Hickey said during a conference sponsored by C4ISR & Networks in Alexandria, Va. “Partnering with the services and the combatant commands in that area, there’s still a lot of work to be done,” he said.

Tom Suder, president and founder of Mobilegov, a company that provides mobility solutions to government agencies, said DISA has done a good job. “We wish it was faster, but it’s a complex solution. They put it together and it works.”

The Defense Department contends that mobile devices are a “disruptive technology” that can provide U.S. military personnel with a significant advantage over adversaries by providing them with the information they need whenever and wherever they are and on whatever device they are using. But many critics have argued that U.S. adversaries, such as insurgents in Afghanistan and Iraq, have relied on cellphones and other mobile gadgets to disrupt U.S. military operations for years.

The information military leaders want to be able to convey through its mobility program ranges from weapons repair instructions beamed to a deployed mechanic’s tablet to fresh battlefield intelligence sent to smartphone-wielding soldiers on patrol.

But the process of approving devices that the military is allowed to use and vetting applications to assure they are secure has proved enormously time consuming.

DISA has established an app store to provide approved software applications for mobile device users, but so far it offers only 16 apps, including the venerable Adobe Reader and Adobe’s 2008 Defense Connect Online, which enables Web conferences, virtual meetings and chat services.

“You will see in the future a lot more apps,” Hickey said. Indeed, thought is being given to turning “some of our Web services into mobile applications” so that they could “move forward to support tactical operations,” he said. That could make mobile devices much more useful “at the tactical edge.”

While the unclassified mobility capability is officially operational, problems remain to be solved. One is identification. Cumbersome common access cards have been ruled out as impractical for mobile devices in tactical settings, but workable alternatives are elusive. DISA and others are working to develop “derived credentials” that provide CAC-like authentication, but are stored inside the mobile device, Hickey said. But ensuring that they are foolproof is a problem.

The range of wireless routers “were much reduced in the tactical environment,” he said. And “moving seamlessly from one network to another was quite challenging.”

Here’s an unexpected glitch troops encountered operating at night: “If you’re in the dark — complete darkness — and you turn a tablet on, even at its lowest illumination, it’s pretty dang bright,” Seiber said. “These things are easy to fix, but until you experiment with them, you don’t realize” what the problems are going to be. 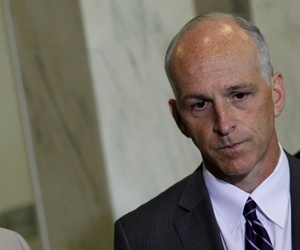 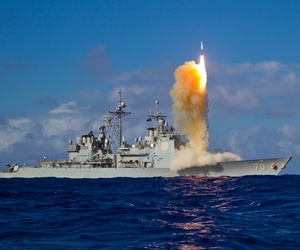 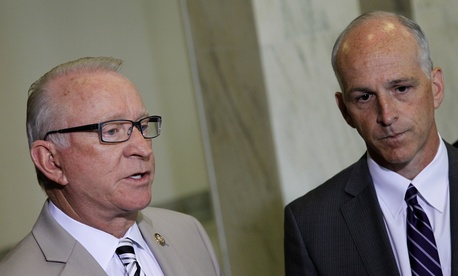 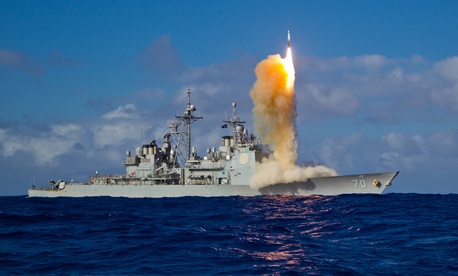