Nine Reasons Congress Should Nix the Air Force’s F-15EX Purchase
Skip to Content
What you need to know about the defense industry - in your inbox.
Business
The Army Wants To Fully Integrate Conventional and Special Operations Forces

Operations in Iraq and Afghanistan have proven the benefits of joint conventional and special operations missions. Now the Army wants expand that formula. By Col. Mike Rauhut 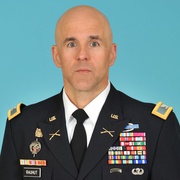 Among the many conceptual arguments posited by the U.S. Army’s new Operating Concept (AOC), “Win in a Complex World,” one of its more practical directions is the explicit embrace of special and conventional force integration. A decade’s worth of joint, interorganizational, and multinational combat experience has validated the utility of combining special operations and conventional forces and its critical importance for success in future operational environments. Further innovating special and conventional force integration will provide strategic flexibility to the nation and its leaders while also expanding the range of strategic options.

Last week at the Association of the U.S. Army’s (AUSA) annual conference, Army Chief of Staff General Raymond Odierno, U.S. Army Training and Doctrine Command (TRADOC) Commander General David Perkins, and panelists of “Persistent Influence and the Strategic Quality of Landpower,” made abundantly clear that the Army intends to apply this past decade’s lessons. Their candid perspectives highlight important points the Army must explore further during future concept experimentation, “Force 2025 and Beyond.” How special operations and conventional forces “combine capabilities across warfighting functions” must lead to innovative outcomes. To paraphrase author Marshall Goldsmith, “What got us here, won’t get us there”.

On another level, operations around the world—most prominently in Iraq and Afghanistan—have proven the mutual benefits derived through joint operations. Operating in shared spaces and against common foes allowed conventional and special operations forces to leverage respective strengths and mitigate vulnerabilities. Mutually supporting, intelligence-driven operations build understanding and present enemies complex problems enemies otherwise would not face if allowed to address in detail.

Operations around the world—most prominently in Iraq and Afghanistan—have proven the mutual benefits derived through joint operations.

The AOC rightfully recognizes the benefits of this symbiosis—and others—using terms like “simultaneity” and “endurance” to describe respectively “overwhelm[ing] the enemy physically and psychologically” while retaining our “ability to sustain efforts for sufficient duration with the capacity necessary to accomplish the mission.” It acknowledges the necessity to deal with the nexus of transnational terrorist and criminal organizations which operate across current geographic and functional command authority lines.The AOC also amplifies how the Army must integrate special operations and conventional forces to engage regionally, respond globally, and consolidate gains, “shaping security environments and preventing conflict” by combining special operations and regionally aligned conventional forces.

The Army envisages special and conventional forces combining capabilities in progressively more innovative ways to maintain or establish “a global land network of relationships” with the security services of our partners. These relationships, the argument goes, further enable combatant, functional, and joint force commanders to engage regionally and (by design) achieve desired strategic effect. The AOC makes allowance for a range of mission-centered activities for whichever force—special, conventional, or both—is best suited to lead the effort given desired outcomes, required methods, and available resources.

(Related: Inside America's Shadow War on Terror—and Why It Will Never End)

It rightly follows that the Army is adding special operations to its operating concept as an Army core competency. Doing so for the first time acknowledges war’s enduring nature, evolving characteristics, and the need for military’s to innovate. Special operations and conventional force integration must achieve an interdependent homeostasis to deliver what the AOC requires; but the AOC’s desired outcomes go beyond this more narrow aspect. To achieve the strategic outcomes it describes, the AOC must foster a conversation within the Department of Defense, other U.S. government departments and agencies, and its international partners—or risk coming up short.

Whether the AOC generates this needed and broader national security discussion within and among U.S. government departments remains to be seen. Smart action will require reflection, dialogue, and positive action by all stakeholders to leverage the instruments of national power in an era of increasing complexity. On the other hand, preemptive or reactive measures will suffer for lack of coherence.

You can watch the entirety of the October 15 panel discussion on the “Persistent Influence and Strategic Quality of Landpower” here.

NEXT STORY: Military Retirees Will Receive a 1.7 Percent COLA for 2015