Taking Flight: How Akima Is Helping to Shape the Airmen of the Future at the United States Air Force Academy
Skip to Content
What you need to know about the defense industry - in your inbox.
Business
83,000 American Veterans Are Still Missing in Action

The Government Accountability Office estimates that up to 35,000 of them can eventually be identified. By Brian Resnick 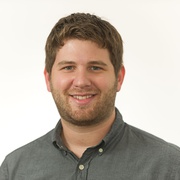 Veterans Day is a time to reflect on the service and sacrifices of the men and women who have put themselves in harm's way for this country. But it is also a time to remember and acknowledge that the government's various programs often stumble and fail in the handling of veterans' issues.

Here's a statistic: 83,000 American service personnel are still missing in action. These soldiers are assumed dead, but are still unaccounted for. They rest in unmarked graves in foreign countries, or out at sea. 73,500 of them fought in World War II; 9,645 in the wars since.

The Defense Department's Prisoner of War Missing Personnel Office, known as DPMO, and the Joint POW/MIA Accounting Command, or J-PAC, are charged with matching remains with names. But these offices "find" and account for only around 70 of these veterans every year.

It doesn't take a lot math to conclude that several dozen identifications per year is barely a scratch on an 83,000 total. The problem isn't that DOD doesn't know where the remains are. The problem is institutional—a bureaucracy using slow, outdated processes in lieu of faster scientifically backed techniques. "DOD's capability and capacity to accomplish its missing persons accounting mission is being undermined by long-standing leadership weaknesses and a fragmented organizational structure," a 2013 Government Accountability Office report concluded in summary.

"J-PAC's lab hasn't prioritized DNA analysis, despite it being an advancement that has revolutionized forensic science," ProPublica reported in a sweeping investigation earlier this year. "Scientists engaged in similar work elsewhere do the opposite. They start with DNA and let it drive the process, taking samples from bones they dig up and cross-referencing them against databases of DNA from the families of the missing to find a match."

The numbers left missing from WWII are a particular cause for immediate action. As the siblings of these missing WWII veterans begin to fade into history, the chances of making a firm genetic identification of these soldiers grows dim as well. Many of the missing WWII veterans died before having the children whose genetics could also identify them.

"Of the more than 83,000 missing persons who have yet to be accounted for," GAO reported, "recovery of only an estimated 25,000 to 35,000 persons can be reasonably expected, due to the circumstances of some of the losses."

Many of the unfound lie in mass graves in the countries they died fighting in. Others are buried and are memorialized by gravestones declaring them known only to God. The room for progress is ample. Congress has mandated that the Defense Department start matching 200 soldiers per year by 2015. And earlier this year Defense Secretary Chuck Hagel announced that the two offices that oversee the identifications (DPMO and J-PAC) would be consolidated into one. "If we put together a better institution, organization, better management, better structure, better use of our resources, then I hope we'll be far more effective in being able to accomplish the mission of identifying these missing remains and getting these missing remains brought home to the families," Hagel told reporters in March. The reorganization is set to occur sometime in 2015, according to ProPublica.

Even so, 200 identifications a year is still just a scratch. It's still a scratch, even if only 25,000 of the missing can be identified. As for the rest—well—they're just going to get left behind.

NEXT STORY: How the Defense Department's Procurement Problems Are Hurting National Security