Pentagon: The Costs of Major Weapon Systems Are Finally Coming Down

An F-35 Integrated Test Force completes a series of night flights, on December 27, 2013.

More than four years since Ashton Carter took on reforming Pentagon acquisition, the cost of the largest arms projects is beginning to stabilize, defense officials say.

Costs among the Defense Department’s largest arms programs are beginning to stabilize after years of overruns, a recent trend that Pentagon officials say is the result of an improvement project launched by now-Defense Secretary Ashton Carter more than four years ago.

Nearly 70 percent of the Pentagon’s 80 major procurement projects – valued at $1.6 trillion – are performing better than anticipated, and in many cases, have reduced costs compared to one year ago, said one senior Pentagon official who was not authorized to speak publicly.

“I think this is a good example compared to last year and then I think you’ll see it again,” the official said.

Costs are down because the military services have become more realistic when laying out schedules and funding for projects, according to the official. They are also doing a better job of making sure projects fit in long-term budget plans.

Projects already on the Pentagon books are expected to cost $1.6 trillion, a staggeringly large number that includes money for developing and buying new tanks, trucks, planes, drones, ships and bombs. But a lot of that money has already been spent. What hasn’t been spent is spread out over decades, in some cases well into the 2030s and beyond.

“We’re laying out programs that are staying within our estimates,” the official said.

These fundamentals are part of “Better Buying Power,” an acquisition reform project launched by then-acquisition chief Carter in 2010 and refined twice by his successor, Frank Kendall.

In contrast with the Pentagon’s assessment, the Government Accountability Office says that the cost has increased for 47 of the 78 Pentagon projects it reviewed over the past year.

But Pentagon officials countered the GAO’s estimates, saying the office used dated data. In some cases, defense officials say the Pentagon purchased more equipment than originally planned due to an unanticipated need, which the GAO considers a cost overrun.

“Buying more or less of a product we don’t see as an acquisition management issue; it tends to be more of a requirement,” said a second senior defense official, who was not authorized to speak publicly.

The F-35 Joint Strike Fighter, the Pentagon’s largest program, accounts for almost 25 percent of that $1.6 trillion portfolio. The F-35’s total price tag for 2,443 aircraft fell $7.7 billion during 2014, according to the Pentagon. The project is still expected to cost $391 billion when development costs are factored in.

The cost of each F-35 aircraft has fallen in recent years. In its latest buy, the Pentagon spent an average of $108 million for an Air Force F-35, $134 million for a Marine Corps version and $129 million for a Navy jet.

The price tag for the Air Force version came down $4 million compared to the previous year’s buy, while the Marine Corps version dropped $5 million per jet and the Navy’s version $1 million per jet.

“F-35 unit recurring flyaway costs have been going down with each successive lot of aircraft,” an F-35 spokesman said in an emailed statement. Lockheed Martin and Pratt & Whitney have track records for delivering the airframe and engine below government … estimates and we expect this trend to continue in the future.”

The cost per aircraft is expected to further decline as U.S. and foreign buys of the jet increase, according to government officials and Lockheed Martin, the lead contractor on the project.

Marillyn Hewson, Lockheed’s chairman, CEO and president, said at a company event in February that 80 percent of cost reductions would come from increased purchases.

“Despite the issues the program had, you got three very capable airplanes that are ultimately going to be delivered here with the full capability that was promised,” Orlando Carvalho, executive vice president of Lockheed Martin Aeronautics, said in an interview last month. “You have a price that is coming down on the airplane.”

Despite the Pentagon citing decreased costs for the F-35, Defense Department officials are still at odds when it comes to projecting how much it will cost to buy, fly and maintain an F-35 over the next 50 years. The F-35 project office estimates that at $859 billion, a $58.7 billion decrease from its estimate a year ago. The Pentagon’s independent Cost Assessment and Program Evaluation estimate is $1 trillion. 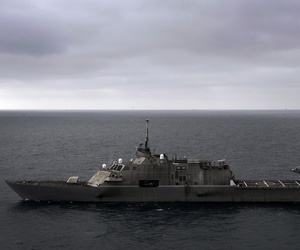 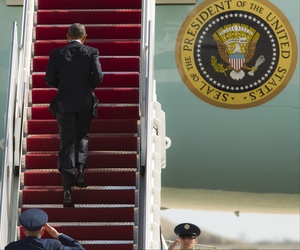 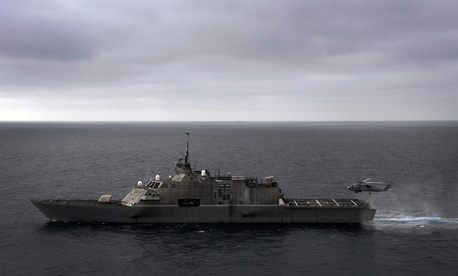 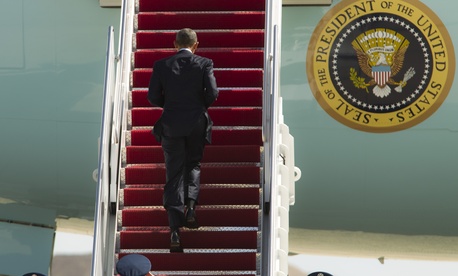