No debate about it, the Army is making the women trying to qualify for Ranger School meet every male standard – just like they want it.

FORT BENNING, Ga. – On a lonely stretch of road inside the confines of Fort Benning, Ga., a sea of bobbing red lights bounces off soldiers’ headlamps and illuminates the grey-black pre-dawn morning.

It is 5:00 am and 44 soldiers began the six-mile foot march. Just another morning and another march. Except that nine of the 44 soldiers were women; some of the first female candidates hoping to gain full-bore entry into the Army’s elite Ranger School.

This is the fourth and final training assessment course this spring to include women. The two-week preparation in the Army National Guard’s Ranger Training Assessment Course, or RTAC, is the lead-in to April 20’s opening of Ranger School, where the women are being watched for a one-time assessment. Pentagon and Army officials this year are determining whether women can even qualify for, much less compete in, the grueling two-month Ranger School. Later they will decide whether to allow women full and official entry into the military’s most elite special operations forces units, like the 75th Ranger Regiment, as combat fighters equal to men. A lot of decisions lie ahead.

“There is an art to foot marching, but running is not on the list,” said retired Army Command Sergeant Major Jeff Mellinger from the first row of a passenger van trailing the RTAC soldiers. Army officials brought in Mellinger, a storied Ranger who served as command sergeant major of Ranger Regiment’s 1st Battalion, in to reassure those who wear the Ranger “tab,” – the coveted curved shoulder patch earned by those who complete the school – that it will not be watered down or its standard relaxed because women have a shot at donning it.

“There is a lot of rumor and speculation,” Mellinger said.  “A lot of misinformation.”

“What we wanted to do was to inject fact into a largely fact-free environment.”

On the road, the van nears one of the soldiers making their way up a hill before the turnaround. From behind the wheel, the hill doesn’t look nearly as hard as it feels for those with battered feet and burning calves. The tight formation that started the road march has now stretched out and those toward the back receive a moment of encouragement from the RTAC leaders.

What we wanted to do was to inject fact into a largely fact-free environment.
Command Sergeant Major Jeff Mellinger

“Stretch it out, Ranger, stretch it out,” called retired Command Sergeant Major Thomas G. Siter, deputy commander of the Warrior Training Center. It is only clear once Siter is right up next to him that this is a male soldier.

“In that formation they don’t care if the person next to them is male or female,” Mellinger said. “It is between them and the clock.” Thirty minutes later the march is over.

Of the nine women on the course still in line to qualify for Ranger school entry, eight of them have succeeded in finishing at the required 15-minute mile pace. 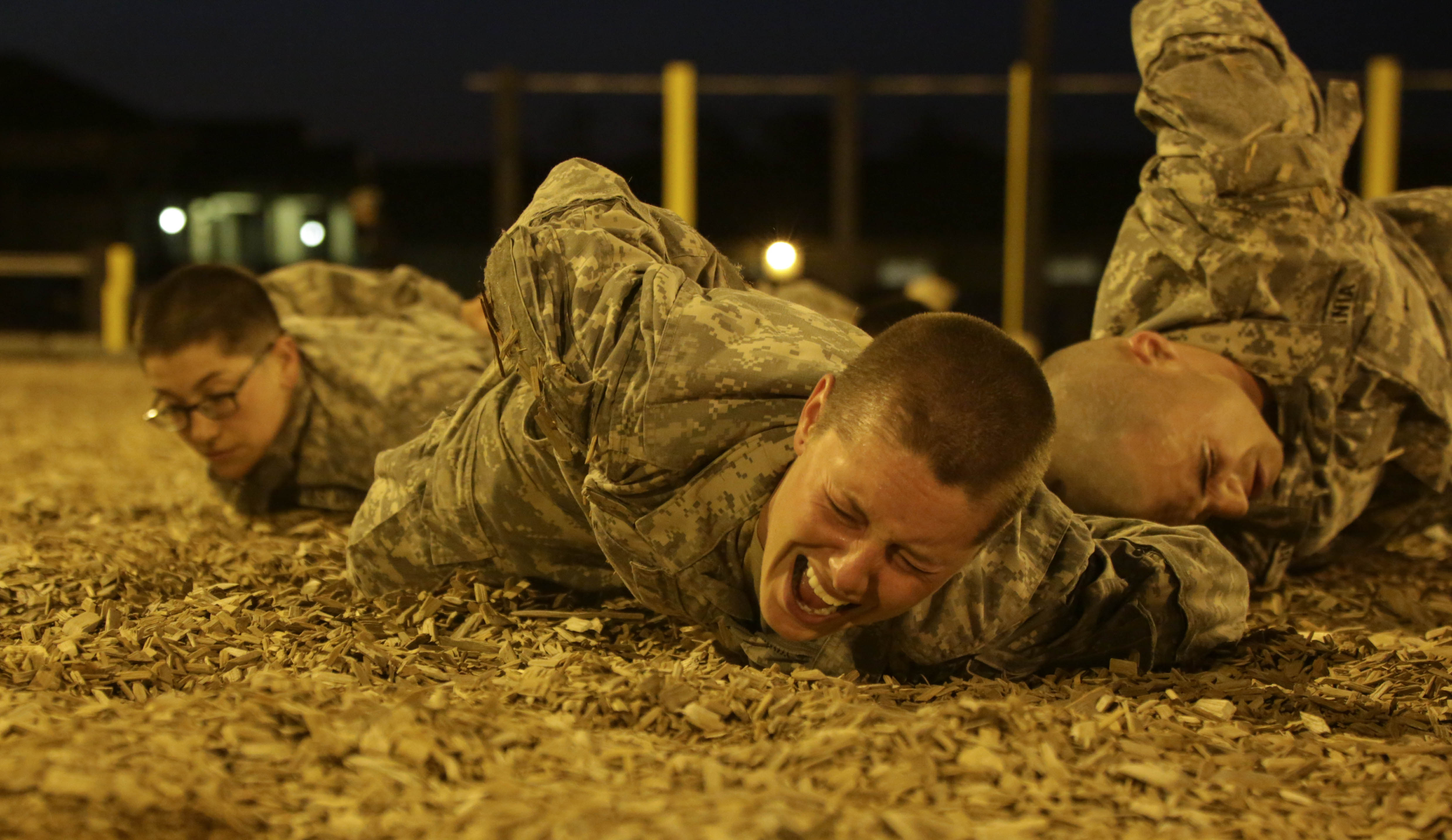 Of the 138 women to have entered all four pre-Ranger School courses since January, only 20 have made it all the way to qualifying for Monday’s first day of Army Ranger School, the intensely punishing, three-phase, two-month combat leadership school whose graduates have the privilege of donning the gold and black Ranger tab. Well over half of all of those who start Ranger School fail to make it past the first four days.

Only 3 percent of the U.S. Army is Ranger qualified, notes Brigadier Gen. James Rainey, a former Ranger who leads the U.S. Army Infantry School, as the march ends.

“Ranger School is really hard. We are not changing the standard,” Rainey said as soldiers mill about sweating in the early morning darkness. “I got nothing but respect for anyone wanting to be part of Ranger School.”

The scrutiny facing Rainey and other leaders at Fort Benning is intense. In recent months staff members from the Senate and House Armed Services Committees as well as Gen. Ray Odierno, Army chief of staff, have all come down to see firsthand the preparations for Ranger School’s opening. On this morning, Vice Chief of Staff of the Army Gen. Daniel Allyn is on his way from Washington for a briefing.

Ranger School is really hard. We are not changing the standard.
Brig. Gen. James Rainey

Rainey says that the women the Army brought in to be observers and advisers as part of this pre-Ranger course also have impressed him. They are there not to help the soldiers, but to be sounding boards for questions such as what a packing list for female soldiers should look like. How many feminine hygiene products should be allowed? What about birth control? Should hair coloring should be permitted?

One of those observers, he said, “is among the top five percent of officers I have met in 25 years. She is just a superstar leader who makes me want to be better.”

The roughly 30 observers taken from across the Army also say maintaining the Ranger standard is a point of principle about which they are vigilant.

“One standard, that is it,” said Sgt. 1st Class Tiffany Easter, a military police noncommissioned officer from Fort Stewart, Ga. In Easter’s view, if only one of the 20 women make it all the way through Ranger School, so be it. If zero, well, that is not a sign of failure, but a point of pride that women have faced the same standard as men. Eventually, Easter and her fellow observers say, women will get there if they have the opportunity.

“Most important is that the standard is maintained,” she said. Any easing, she and others said, for the sake of getting women through either pre-Ranger or Ranger School harms these female soldiers and reinforces the view that they haven’t earned their spot. Better that they fail, train harder, and if Ranger School opens up again, try again and succeed.

Of course there are those in Washington and elsewhere who say that the “standard” is today being ascribed mystical, mythical powers it does not merit and never had when only men were involved. Some who advocate a swifter opening of all military roles to women have talked about tying standards more closely to actual military specialties. As Greg Jacobs, a former Marine now with the Service Women’s Action Network put it last year on Capitol Hill, according to Stars and Stripes, “They’re taking the standards that the men are training to and inviting the women to participate… if the women can pass the standard and the men can pass the standard, does that mean it’s gender-neutral because both genders can pass it?”

In Georgia, those policy conversations feel very far away. Right now there are 35 soldiers battling their exhaustion who have qualified to move forward to the first day of Ranger School.

We aren’t fighting a conventional force; there are no front lines.
Sgt. Joshua Eaton

After the march, as the soldiers prepare for breakfast, one of the female soldiers leads those who have survived in reciting of one of the first stanzas of the Ranger Creed. Later one female soldier gives a hand to another as she hops up to do her five pull-ups before a prized hot meal of scrambled eggs.

For the male Ranger instructors, having female soldiers in the class has been a learning process, but one made easier by the fact that those in the post-9/11 generation have deployed with women multiple times.

“These two wars set it up for that,” said Sgt. Joshua Eaton, an instructor. Eaton deployed to both Iraq and Afghanistan multiple times this past decade with both conventional and special operations forces. “We aren’t fighting a conventional force; there are no front lines.”

Rainey echoed that thought in a briefing room before the soldiers took to the obstacle course featuring challenges like “the Tarzan” and the “belly over.”

“I led units with women in it,” Rainey said. “This is nothing new to me. I have seen women in the worst combat environment.”

Course instructors have been impressed by the motivation of the female soldiers they have seen. “They are harder on themselves than we are,” Eaton said. “They don’t want any special treatment.”

Mellinger makes it clear, they won’t receive any. And echoes Easter’s thought that that is good for everyone.

“There is no doubt some people that will never be convinced, and that is okay,” he said. “Without regard to whether people ever graduate, the fact that they are being trained to a standard and measured to a standard - that matters.” 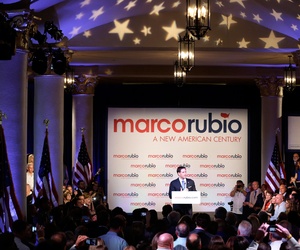 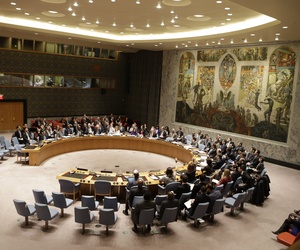 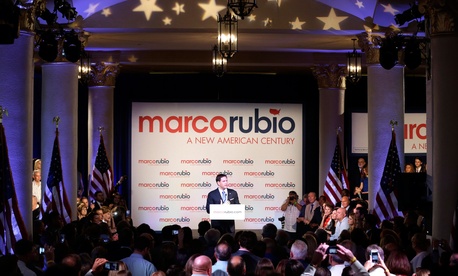 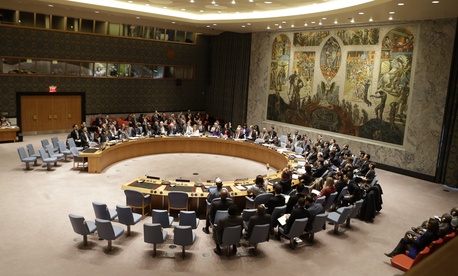